Some of Earth's water may have come from the sun: study 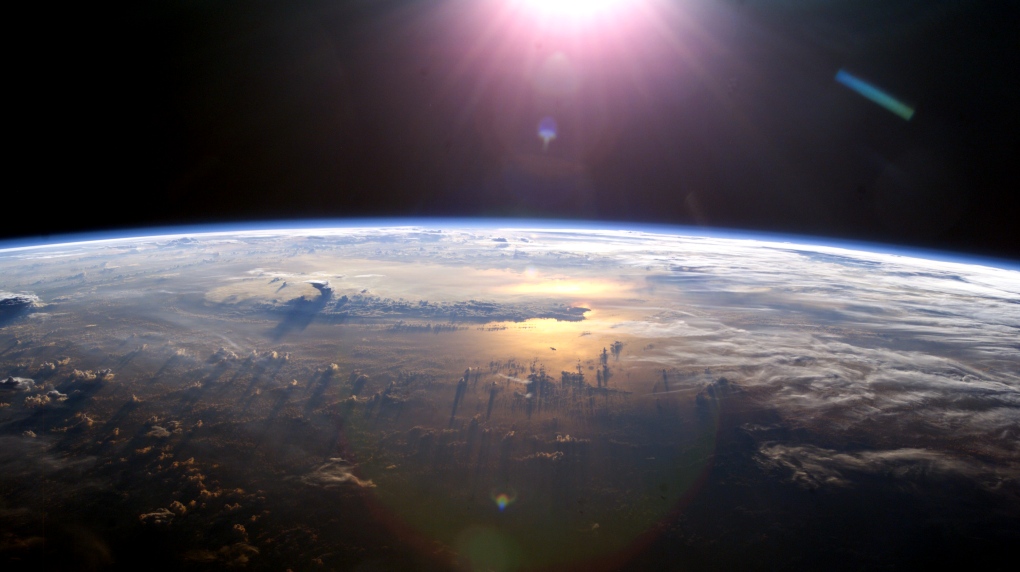 This NASA photo taken by Expedition 7 crew onboard the International Space Station in 2003 shows the Earth with the sun in the background. (NASA)

TORONTO -- A new study suggests that a part of the Earth's water may have come from a surprising source -- the sun.

The origin of water on Earth has long been hotly contested among geologists and astronomers. Water first appeared around 4.5 billion years ago and is essential to all life on Earth. Some scientists have suggested that comets or asteroids filled with water may have hit the Earth, while others believe that water may have originated inside the Earth itself.

Now, a study led by researchers based in Scotland and Australia says that solar winds interacting with grains of dust carried on asteroids may have helped fill the Earth's oceans with water.

The researchers published their findings on Monday in the journal Nature Astronomy. They analyzed dust and water from the asteroid Itokawa using an atom probe, a device that allows the researchers to create 3D imaging and measurements of individual atoms, and found evidence of solar-derived water.

"This new solar wind theory is based on meticulous atom-by-atom analysis of miniscule fragments of an S-type near-Earth asteroid known as Itokawa, samples of which were collected by the Japanese space probe Hayabusa and returned to Earth in 2010," co-author Phil Bland said in a news release.

The surface of Itokawa's dust grains "contained enough water that, if scaled up, would amount to about 20 litres for every cubic metre of rock.”

Bland says that previous hypotheses have suggested that water may have been carried to earth on asteroids, but previous testing of the water on these asteroids found that their "fingerprints" didn't match the water found on Earth.

This meant that there was "a least one other unaccounted source," Bland said.

“Our research suggests the solar wind created water on the surface of tiny dust grains and this isotopically lighter water likely provided the remainder of the Earth’s water," he explained.

These findings could also mean that there may be water on the moon and other airless worlds throughout the galaxy. That knowledge could help astronauts on future space missions.

“Our research shows that the same space weathering process which created water on Itokawa likely occurred on other airless planets, meaning astronauts may be able to process fresh supplies of water straight from the dust on a planet’s surface, such as the moon," lead author Luke Daly said in a news release.

“How astronauts would get sufficient water, without carrying supplies, is one of the barriers of future space exploration."