Evidence of ancient life discovered in some of the world's oldest rubies: study 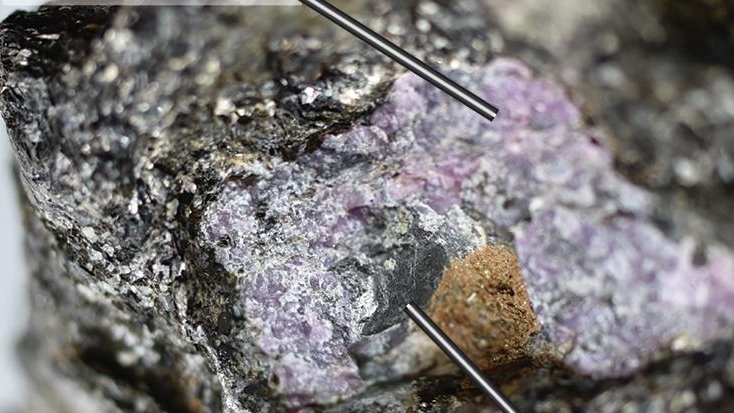 SASKATOON -- While scientists from the University of Waterloo were examining a 2.5-billion-year-old ruby, they discovered a rare find: evidence of ancient life.

Their clue was the carbon residue, or graphite, recently found encased inside of some of the oldest gemstones in the world.

“The graphite inside this ruby is really unique. It’s the first time we’ve seen evidence of ancient life in ruby-bearing rocks,” Chris Yakymchuk, lead researcher and University of Waterloo professor, said in a press release.

Some of the oldest ruby deposits in the world are in Greenland. This is where the team discovered a ruby sample which contained graphite -- a mineral made of pure carbon.

Analysis of the material found the graphite in the ruby showed remnants of early life, potentially long-dead cyanobacteria.

The graphite was found in rocks dating back 2.5 billion years ago in an era when there wasn’t a lot of oxygen in the atmosphere and the the majority of life was microorganisms and algae films, the team said.

Yakymchuk’s team was initially studying the stones’ geology to better understand what conditions are needed to form rubies.

“The presence of graphite also gives us more clues to determine how rubies formed at this location, something that is impossible to do directly based on a ruby’s colour and chemical composition,” Yakymchuk said in the release.

But just because graphite was found initially didn’t necessarily mean it was life.

“Living matter preferentially consists of the lighter carbon atoms because they take less energy to incorporate into cells,” Yakymchuk said in the release.

“Based on the increased amount of carbon-12 in this graphite, we concluded that the carbon atoms were once ancient life, most likely dead microorganisms such as cyanobacteria.”

The team also determined that the very presence of graphite not only indicated early life, but allowed for the ruby to exist.

It turns out that the graphite changed the chemistry of the surrounding rocks, which allowed for ruby growth. Without the graphite itself, Yakymchuk’s team says it would have been impossible for the rubies to have formed.