"The key takeaway here is that climate ambition is on the rise and Canadians want to see action," Nanos said on the latest episode of Trend Line."Canadians are game to be ambitious."

"The global community needs to accelerate new and bold approaches to fighting climate change and building cleaner economies," he said in a press release.

However, the leaders of several major emitters skipped the summit, including China, Russia, Turkey, and Mexico.

Nanos warns the message being sent could "undermine" the global effort to limit the damage of climate change, but shouldn't change Canadian attitudes, which have been shifting for some time already.

"The environment is among the top issues on the on the radar for Canadians," he said. 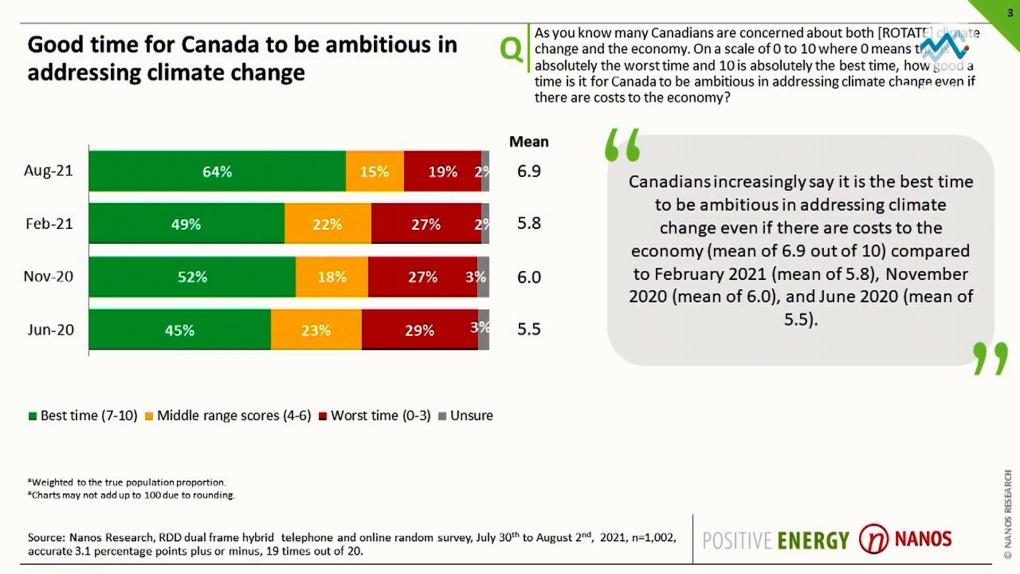 The growing concern among Canadians may be spurring the Liberal government to "double down" on the climate file, with former activist Steven Guilbeault being recently named as Canada's environment minister.

Nanos thinks that the Guilbeault appointment is a strong signal Trudeau will take a more aggressive stance on climate change, but warns that without achieving tangible results, the government can expect public discontent.

"The Trudeau government will be judged based on what it does."