Marilou McPhedran resigns from senators' group before hearing on her expulsion 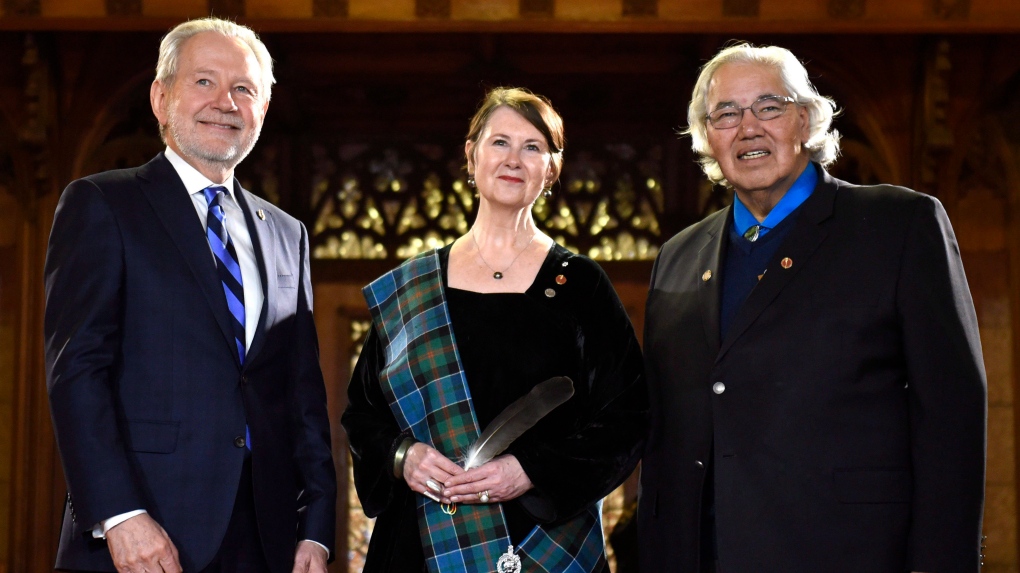 Marilou McPhedran (centre) stands with Senator Peter Harder (left) and Senator Murray Sinclair before being sworn in during a ceremony in the Senate on Parliament Hill, Wednesday, Nov. 16, 2016 in Ottawa. (THE CANADIAN PRESS/Justin Tang)

OTTAWA -- A senator resigned Monday from the upper chamber's biggest parliamentary group, before a hearing took place to consider kicking her out.

Sen. Marilou McPhedran resigned from the Independent Senators' Group (ISG) because she did not think she would receive a fair hearing.

McPhedran says in a resignation letter to the ISG secretariat that the hearing "seems preordained in its negative outcome for me."

A hearing set up to consider expelling her was set up after she sent an email in September to all Senators questioning how the chamber's ethics code was being applied.

Sen. Yuen Pau Woo, facilitator of the ISG, says McPhedran was "offered an opportunity to defend herself through a fair and impartial hearing."

McPhedran plans to stay in the Senate as an unaffiliated independent senator and says she feels "relief and a sense of optimism" after leaving the group.

This report by The Canadian Press was first published Oct. 18, 2021.