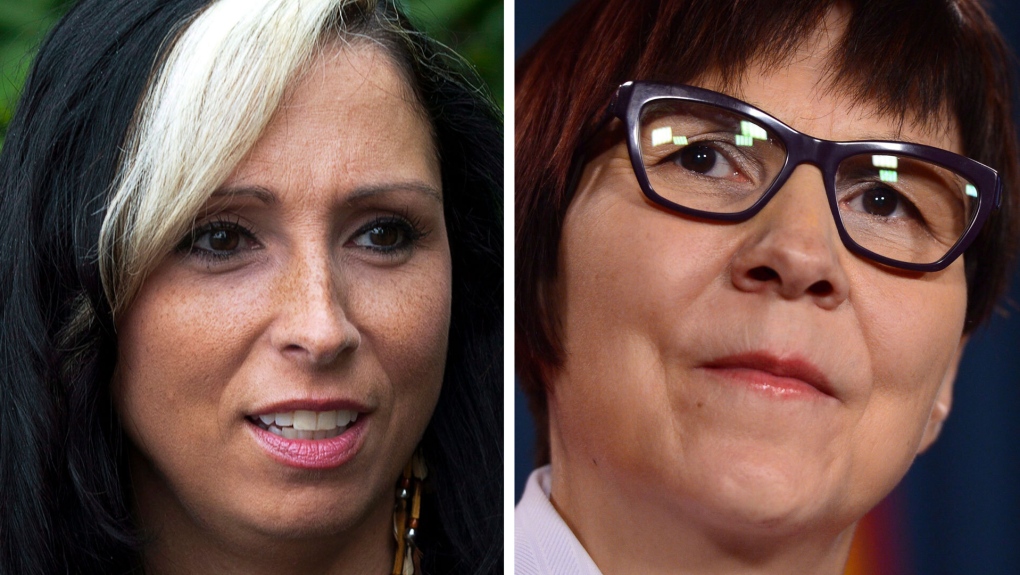 TORONTO -- Months of reckoning with the colonial genocide that upholds the framework of Canada’s history was sparked with the May discovery of 215 graves at the former Kamloops, B.C. residential school.

Shortly afterwards, approximately 751 graves were found in Saskatchewan on the grounds of the former Marieval Residential School and 182 human remains in unmarked graves were discovered using ground-penetrating radar near a former residential school in Cranbrook, B.C.

On Monday, the Kapawe’no First Nation in Northern Alberta announced they would begin to “unearth the truth” from the ground of the former Grouard Residential School, working with a team from the Institute of Prairie and Indigenous Archeology at the University of Alberta.

While many former residential schools and Indian day schools have yet to be investigated, Indigenous communities say the bleak “discoveries” confirm what they already knew for generations.

On July 1, thousands of Canadians turned out on Parliament Hill for Canada Day to mark the grim headlines, major cities across Canada had ribbons of orange shirts winding through them as people marched to show solidarity with Indigenous communities reeling from the onslaught of the news.

As headlines from the Tokyo Olympics shifted public focus away followed by the news of the looming federal election on September 20, First Nations community leaders are concerned that the residential school graves – and the horror they represent -- may fall to the wayside in coverage, public memory and election campaigns.

Executive Director of the First Nations Child and Family Caring Society, member of Gitxsan First Nation and professor at McGill University Cindy Blackstock said the federal election is an opportunity for Canadians to give action to “their growing outrage” about the past and ongoing injustices facing Indigenous communities.

“First Nations peoples are of concern to every Canadian voter,” Blackstock said in a telephone interview with CTVNews.ca Monday. “So far they’ve [the government] counted on the Canadian public not caring or not caring enough – that allowed them to perpetrate these injustices.”

“We know from historical precedent there was national news coverage in 1907 of Indian Affairs Public Health Inspector Dr. Peter Henderson Bryce’s findings that the [Indigenous] children were dying at a rate of 25 to 50 per cent owing to inequitable healthcare funding by the federal government,” Blackstock said. “And that was with blazing headlines like ‘children dying like flies,’…but then the coverage waned and children continued to die.”

“Today we have the federal government out of compliance with legal orders to remedy the same inequalities in public services for First Nations children,” she continued. “And as the attention for the children rediscovered in the graves wanes, I am worried that people will think less about this ongoing injustice and how the government is willing and really prepared to violate legal rules to continue discrimination against the grandchildren of residential school survivors.”

Mik’maq lawyer and Chair of Indigenous Governance at Ryerson University Pam Palmater said that headline coverage of the residential school graves has “totally been pushed to the wayside.”

“Every morning I get up early and do a media scan,” Palmater said in a telephone interview with CTVNews.ca Tuesday. “I don’t see anything except from the Indigenous community – you see First Nations posting who’s found new unmarked graces, the impact that this is having [on the community] and the calls that they’re making for people to act on this – but no headlines.”

Palmater recalled that the last election had a similar pattern, as the national inquiry into murdered and missing Indigenous women and girls “had just been released and it found Canada guilty of genocide.”

“We knew that the second they went into an election, they go into ‘caretaker’ mode,” she said. “We tried to get them to act on all these urgent issues and practically every issue was ‘we’re in caretaker mode.’”

Palmater said the country is in the same spot.

“Guess where we are right now - although we're in a pandemic, although Canada is facing its biggest human rights crisis of genocide against the murdered and missing Indigenous women and girls, we're finding all of these unmarked graves…Canada is in caretaker mode, which means they really aren’t going to do too much outside of what they've already committed,” she said.

LOOKING AHEAD TO THE ELECTION

Both Palmater and Blackstock expressed incredulity with feds’ choice to call the election, with Palmater calling it not “very responsible.”

“This is to try to get a majority, basically rolling the dice trying to get a political majority when we have multiple overlapping crises here in Canada and on the international stage,” Palmater said. “It seems to me a real leader wouldn’t do that…put itself into caretaker mode and take a seat back.”

Palmater said the number one priority in the election should be addressing the genocide against Indigenous peoples “which includes the legacy of unmarked graves, missing and murdered Indigenous women and girls, the over –incarceration rates…housing, the lack of clean water on First Nations.”

Blackstock said the first thing she is looking for from candidates in the election is for them to “acknowledge that there are solutions to the contemporary problems that just need to be acted upon.”

“There is going to be a public accounting of Canada’s implementation of all the TRC’s calls to action, particularly those with regard to First Nations children,” she said, adding that she was pleased to see the NDP’s adoption of the “Spirit Bear Plan” in their platform to address issues facing Indigenous communities.

But Blackstock said in particular she will be watching to see if the candidates “acknowledge that this is happening on their watch.”

“There’s too much of this ‘dark chapter in history’ language when in June 2021 the federal government is in court and arguing against a ruling by the Canadian Human Rights Tribunal that found its discrimination to be ongoing – what the tribunal called a ‘willful and reckless’ worst case scenario,” she continued.

Palmater said she is looking for candidates to speak to what they and their party are going to do about Indigenous calls for “land back” and self-determination as well as the “elephant in the room” – the climate crisis.

“The pipelines, protecting our water, food security, I mean, we have burning fires out in B.C. and weather impacting our food crops across the country…Indigenous peoples are already food insecure, especially the Inuit,” she said. “Many of these things are not purely indigenous…they're all interrelated.”

Palmater said the rediscovery of the graves at the forced assimilation schools brings up questions that need to be put to every candidate.

“Canada spent almost, what, two million dollars identifying 5300 hundred perpetrators of horrific crimes in those schools - and where are the prosecutions? Where's the accountability? Where’s the specific compensation they need to stop fighting residential school survivors, stop fighting First Nation kids in court,” she said.

“Release all the documents and hold people to account.”

HOW CANADIANS CAN HELP INDIGENOUS COMMUNITIES AT THE POLLS

As Canadians head to the polls September 20, issues affecting Inuit, Metis, and First Nation communities are top of mind for many.

Blackstock and Palmater both urged Canadians to use their vote judiciously – but that the genocide facing Indigenous people in Canada goes beyond election day.

Blackstock agreed, thanking Canadians for “wearing orange shirts” but warning them “not to turn away.”

“Every candidate that calls, ask them how they are implementing the TRC’s calls to action – if they don’t have a good answer, vote for someone else,” she said. “Don’t let them get away with just announcing something…they’re going to have to get serious about actually implementing these [calls to action].”

“The survivors told the truth about the children who are buried at these schools going back decades,” Blackstock said. “This has been on the record, but colonialism has been so embedded into the DNA of the country that it normalizes these kinds of injustices – the Canadian public has been fed a really steady diet of propaganda that creates repressive thinking.”

“The survivors told those truths through their tears and through the pain so that it would be documented,” she said. “The way to really honour those children in the ground and the survivors is to implement those piercing calls to action.”

Canada has 'no plans' to recognize the Taliban as Afghanistan gov't: Trudeau

After an unprecedented minority reign, Justin Trudeau wants another chance

'Hopeless optimist' Jagmeet Singh plans to play to his strengths

Elected leader during the pandemic, Greens' Annamie Paul hopes to connect with Canadians

Everything you need to know about the 2021 federal election

Here are the highlights of the Conservatives' platform