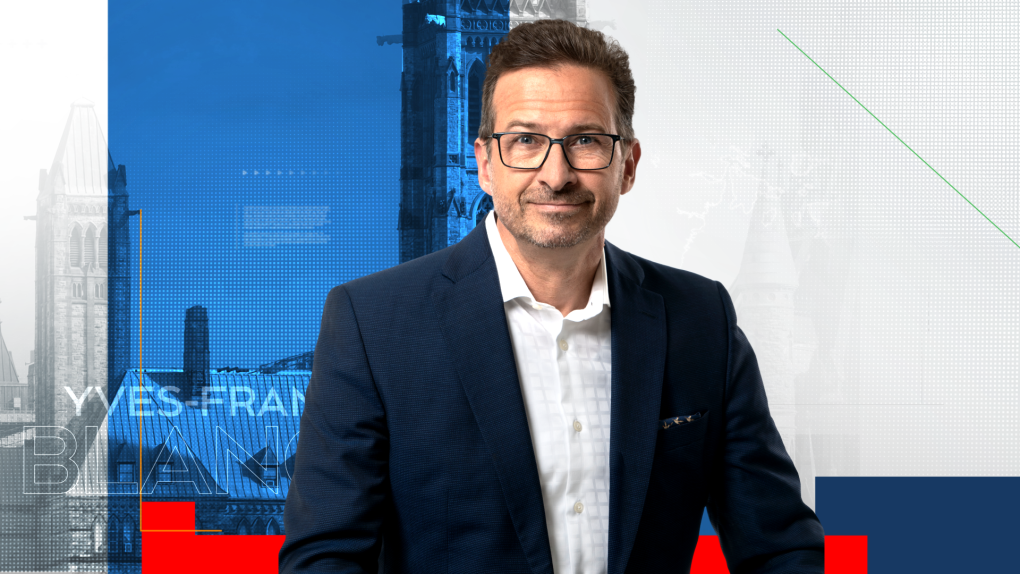 TORONTO -- While the Bloc Quebecois and its leader Yves-Francois Blanchet may not want an election, this campaign provides an opportunity for further growth in the party if they can hold off the Liberals.

The Bloc, sitting as the third party with 32 seats in the previous election, held a fair amount of power in the House of Commons over the past two years.

The party helped the Liberals to pass several bills during the previous election cycle, including the assisted dying bill, the controversial internet streaming bill, Bill C-10, and measures designed to support Canadians during the COVID-19 pandemic, including an extension of the federal wage subsidy.

In the past two years, the party has also passed Bill 96, which essentially gives Quebec Premier Francois Legault's the ability to amend its constitution and affirm Quebec with French as its official language.

“I am very proud of our work,” Blanchet said during a recent email interview, translated from French. “In very difficult conditions, when little space was left for opposition parties -- essential to democracy even in a pandemic -- the Bloc was constructive, contributing to the common good on condition that it was good for Quebec and by earning the trust of Quebecers.”

Given his party’s success in the previous election, Blanchet believes the other parties have taken notice and the province as a whole has benefitted.

“The Bloc Quebecois' comeback has forced the Canadian parties and parliament to reposition themselves more favourably in Quebec,” he said. “Their sudden love for French or the recognition of the Quebec nation, better border management and the protection of aluminum are eloquent signs of this.”

“These gestures have the merit of being explained by the presence of a Bloc which makes clear, valid proposals, and always in the direction of what is good for Quebec.”

Even with all this apparent success, Blanchet does not want an election and has expressed concerns previously about having an election during a public health crisis.

Now, Blanchet is pointing how a minority government can benefit Quebecers.

“Clearly, Quebecers do not wish for elections,” he said. “A minority government has to listen to oppositions. It’s the will of the electors. The Bloc is not asking for an election, but whatever the context, we will be there to serve our people.”

Born in Drummondville, Que., Blanchet worked as a teacher and then in the music industry before joining politics, having founded the concert management firm YFB Inc. and briefly serving as president of a non-profit designed to support Quebec’s independent artists.

Blanchet was first elected to provincial politics in 2008, as a member of the Parti Quebecois. Blanchet was named minister of Sustainable Development, Environment, Wildlife and Parks before his election loss in 2014.

Blanchet took over the Bloc during a time of turmoil as the sole leadership nominee in January 2019.

The Bloc had just a year prior ousted its former leader, Martine Ouellette, after seven of its 10 MPs in House of Commons abruptly left the party over a disagreement with Ouellette’s insistence on Quebec sovereignty, rather than focusing on protecting Quebec’s interests.

Questions & Answers
1. What TV show did you binge-watch during quarantine?
The hockey playoffs and sometimes a television series, bit by bit.
2. Who has inspired you most in the last year?
Essential workers and health-care workers. What courage! What compassion!
3. What’s your dream destination once restrictions lift everywhere?
I have plans for trips to Catalonia, Scotland and France to bring the voice of Quebec to these regions.
4. What’s one habit or hobby you picked up during the pandemic you hope to keep?
Video conferences. They’re very useful, but will never replace a handshake or a hug with those you love.
5. What’s your position on pineapple on pizza?
I am indifferent about pineapple on pizza.

“I think the Bloc had been seen as a washed party, but Blanchet was a very attractive candidate,” Peter Graefe, associate professor at McMaster University’s Department of Political Science, said in a phone interview.

“He was well-spoken. He had a somewhat more modern take on the Bloc’s discourse. It wasn't Gilles Duceppe fighting the old battles, it was more about: ‘I'll stand up for Quebec’s interests because, they continue not to be well represented.”

During the election in the fall of 2019, Blanchet and the Bloc were able to earn 32 of a possible 75 seats in Quebec. In the process, the party regained official party status and supplanted the NDP as the third party in the House of Commons.

Graefe said that during the last election, the Bloc really emerged as the only viable option for many Quebec voters.

“There was a bit of a void in the Quebec political system,” Graefe said. “There (are) a lot of voters who will never vote for the Liberal Party, but then they look to the NDP, who they may have voted for in 2011 … but they didn't really see it with Jagmeet Singh … and Andrew Scheer was also not a particularly appealing leader, I mean, his French wasn't great and he really seemed out of touch to a lot of the prudent issues for Quebecers.”

“Suddenly the Bloc was a nice default, nationalist choice for them.”

FACEOFF WITH THE LIBERALS EXPECTED

Two years ago, Quebec turned out to be a three-party race with the Liberals and Conservatives also gathering multiple seats in the province. This time, however, Blanchet believes that the Liberals should be the Bloc’s primary competition in Quebec.

“Quebec will be in effect a territory of interesting debates, particularly between the Liberals and the Bloc,” Blanchet said.

“The issues will be in the area of economic development we want for our regions, the treatment of seniors, the financing of health care, the language, the values and identity of the Quebec nation (and) the seriousness and the cost of climate change.”

Graefe also expects Quebec voters to focus their attention on one of two parties.

“I think we will see maybe a bit more kind of two-way races between the Liberals and the Bloc in many cases,” he said.

“On the south shore of Montreal and Laval, going beyond Laval to the north, where you’ll see a lot of closer races between the two parties. We’ll see some three races in Quebec City where I think the Conservative Party seems to have a pretty longer-term base that will ensure that its candidates at least do a respectable showing even if they don't hold those seats.”

During the last election, Blanchet had a goal of earning 20 seats in the House, but he has bigger aspirations this time around.

“(Our goal is) to be an even stronger voice for the aspirations of Quebec,” he said. “Growing the number of seats, or even earning the majority of seats in Quebec would be ideal, but that choice belongs to Quebecers.”

Graefe believes the COVID-19 pandemic has the ability to help the Bloc’s standing in Quebec.

“(The pandemic has) probably had the impact of making Quebecers more focused on Quebec than they would have been in 2019 in the sense that the population rallies around the political leaders and the impact of the language difference, I think it's really made the Quebec government much more central in people's lives as compared to last time out,” he said.

Graefe also believes Mary Simon -- who does not speak French -- being named as Governor General and can also play to the Bloc’s advantage among Quebec voters, even though she is from the Inuit region of northern Quebec.

“I think the other one is to really hammer on a bunch of questions about the future of the Quebec language, the French language,” he said. “Trudeau appointing a non-French speaking Governor General and a bunch of issues like that to make the argument that Canada ultimately doesn't work for Quebecers.”

Once the pre-redistribution riding of a former Bloc leader, Yves-Francois Blanchet won this riding in 2019, beating out then-incumbent NDP Matthew Dube. Southeast of Montreal, Que. the riding is home to a range of manufacturing businesses and farmers.

With Quebec set to be a key battleground province, Blanchet will be making the case for why he remains the best representation for his constituents and all Quebecers.