Bob Rae heads to Haiti in attempt at political consensus, amid possible intervention

Bob Rae heads to Haiti in attempt at political consensus, amid possible intervention 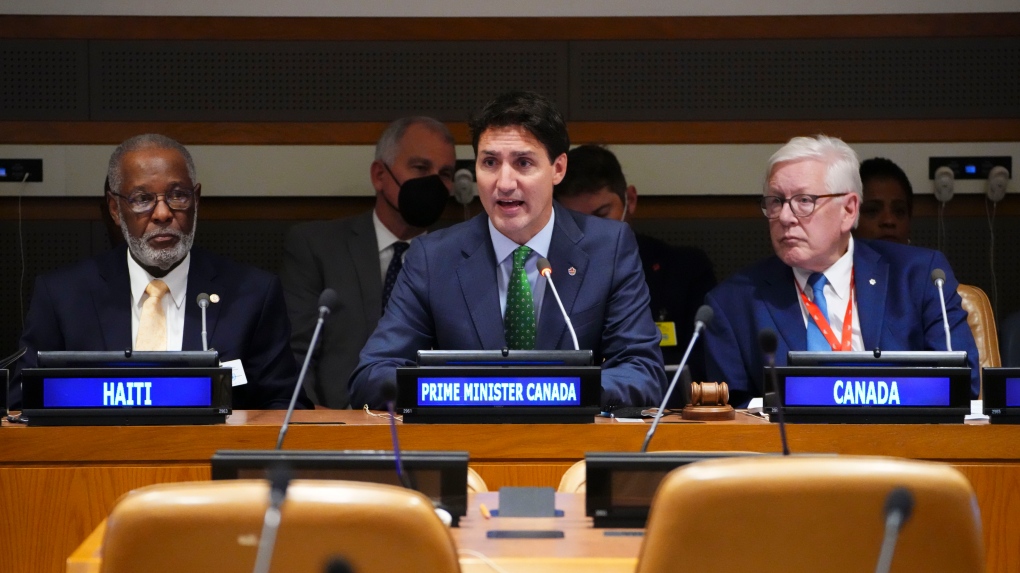 Canada is trying to dislodge a political impasse in Haiti by sending one of its top diplomats to Port-au-Prince.

Haiti is facing a series of crises as armed gangs block access to fuel and essentials, leading to water and power outages that are worsening a cholera outbreak.

The Haitian government has asked for a foreign military to intervene and push out the gangs, but opponents argue that might only prolong an unpopular government in a country that has not had elections since before the COVID-19 pandemic.

Prime Minister Justin Trudeau has said Canada might be part of an intervention, but only if there is a consensus across Haiti's fractured political scene.

Rae's three-day visit will include talks with politicians, grassroots groups and United Nations officials on how Canada could play a role in what the Liberals say would be "Haitian-led solutions."

"We are making sure to be prudent in this situation," she told reporters Wednesday.

This fall, Canada has sanctioned 11 prominent Haitians over alleged ties to gangs, sent military vehicles to the country, and had Trudeau's former national security adviser conduct an assessment mission.

This report by The Canadian Press was first published Dec. 7, 2022.