When a teen boy developed an eating disorder, his family felt they'd 'lost him.' Now, he's sharing his story

When a teen boy developed an eating disorder, his family felt they'd 'lost him.' Now, he's sharing his story

Emil Bernstein enjoys playing sports and hanging out with his friends in Montreal. The 14-year-old doesn't mind school and prefers some subjects over others.

He generally appears to be an "optimistic and positive child," as his mom, Ane Jorgensen, describes him. Emil also struggles with an eating disorder.

He has anorexia nervosa, a term used for rapid weight loss due to severe restriction of food.

Emil's journey with an eating disorder started in the spring of 2021, a particularly difficult time for his parents, two sisters and him. Like many families in Canada, the Jorgensen-Bernsteins were navigating the COVID-19 pandemic, a factor that added stress to everyone's lives.

Emil's great-grandmother passed away that spring, and the Grade 6 student was going to be starting high school that fall.

The stress he was feeling started overwhelming him. Around this time, Emil said, he started looking at himself differently.

"I think it was a body image (issue)," Emil told CTVNews.ca in an interview.

Wanting to change what he saw, he decided to do something about it.

Emil said he would wake up at 5 a.m. to work out before school. He would skip breakfast and lunch, and three times a day he would run outside in the neighbourhood.

As his body changed, so too did his personality.

There were times when he would pick on his sister for not eating enough, a moment Emil said was "controlling."

With the lack of food and increased physical activity, Ane and her husband, Jonathan Bernstein, could barely recognize their then-12-year-old son.

"There were moments of insanity, absolute insanity," Emil's father said.

Although Emil tried to hide the change in his eating from his family, his mother noticed one morning, looking over his shoulder, that his bowl of cereal was nearly empty.

"It was at that moment we realized it was that serious," Ane said. "When you live with someone you don't see changes as much."

It was then she took action to get Emil medical treatment.

'WE LOST HIM FOR SEVERAL MONTHS'

Jonathan said Emil was taking such extreme measures, he was noticeably not himself.

"Emil was not Emil… We lost him for several months he was not the same person anymore," Jonathan told CTVNews.ca in an interview. "The doctors explained that (a large part of) your brain is fat, so when you have diminished yourself as badly as he had, it actually started taking away the fat from his brain so it was affecting his personality in a very significant way."

Emil's parents said during the initial period of recovery they found it difficult to differentiate between what they described as the "eating disorder personality" and their son.

According to Ane and Jonathan, their son was one kilogram away from being hospitalized.

"It's really, really scary watching someone you love...I mean, basically, they're killing themselves slowly," Ane said.

EATING DISORDERS IN YOUTH ARE INCREASING

Research published in the Journal of the American Medical Association revealed a 60 per cent rise in eating disorders among children and youth from pre-pandemic levels. The study based on data from six pediatric care facilities in Canada put some of the blame on increased stress and social media.

While eating disorders have increased by more than 50 per cent among females during the pandemic, experts say the difficulties men and boys have speaking about mental health adds to the likelihood many are suffering from the same disorders alone.

Eating disorders have the highest mortality rate of any mental illness, with an estimated 10 to 15 per cent rate, the 2019 to 2029 Canadian Eating Disorders Strategy reads. Suicide is the second-leading cause of death, after cardiac arrest, for those with anorexia.

Statistics in the Canadian Eating Disorders Strategy say that between nine and 25 per cent of boys and 12 and 30 per cent of girls aged 10 to 14 report dieting to lose weight.

"Unfortunately, research data indicate that the majority of people with EDs do not seek or receive treatment and that those who do experience lengthy delays," the 2019 to 2029 Canadian Eating Disorders Strategy reads.

"Many people with an ED are never diagnosed, do not receive any treatment, and suffer significant personal and family distress." 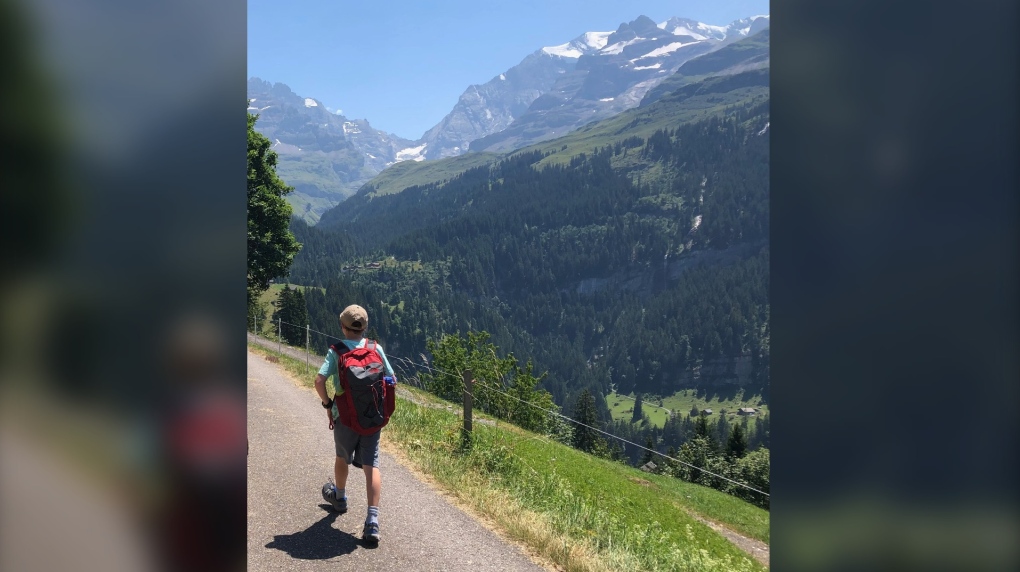 When asked if diet culture impacts people his age, Emil said he can recall a moment when his peers at school were concerned about the ingredients of cookies. When a guest came in to speak to his class and brought cookies, a few people asked, "How many calories are in there?"

Researchers know there is a link between social media and young people's mental health, but what is still being explored is how it increases disordered eating, which can be restrictive eating, compulsive eating, or irregular or inflexible eating patterns.

"Media use has been associated with an increased risk for disordered eating, in particular through exposure to thin ideals and diet-related content," a study published in the European Eating Disorders Review reads.

Ary Maharaj, the outreach and education co-ordinator for the National Eating Disorder Centre (NEDIC), says increased concerns about one's body can come from comments through family, social media and the fitness industry.

Maharaj said when he speaks with families he reminds them to " tone down weight-related comments and try to make sure we balance them out with non-appearance related compliments."

Societal norms and patriarchal stereotypes play a role in men and women and their body concerns, Dr. Blake Woodside, a professor at the University of Toronto psychiatry department and physician at Toronto General Hospital's eating disorder program, previously told CTVNews.ca in a phone interview.

"People who clinically meet criteria for anorexia will largely be viewed in Western society as slender in a positive way," Woodside said. "(During) the early part of the illness, people tend to get compliments because that's what people do when you lose weight… That tends to also make people continue to diet and pursue further weight loss until it gets really out of control."

Woodside said men typically do not seek eating disorder treatment because the illness is overlooked, and there is a stigma that "men can't get eating disorders."

"Some people believe that the treatment is only for women, which actually used to be the case 35 years ago," Woodside said. "But that's not been the case for many, many years."

Still, some men are reluctant to get treatment because of that, the psychiatrist said.

Woodside said men often won't seek treatment because of their own "internal beliefs on eating disorders."

For the Jorgensen-Bernstein family, Jonathan says seeing Emil go through his journey opened his eyes to the lack of information on men with eating disorders.

After Emil started treatment, Jonathan gathered books to help himself and Ane understand the illness.

"There is a lack of resources and a lack of knowledge and a lot of lack of conversation around boys (with eating disorders)," he said.

Emil's journey made Jonathan more aware of the societal pressures at play, including those stemming from pop culture.

Many are aware of the impact celebrity culture can have on the self-esteem of women and girls, but Jonathan began to notice how males are portrayed as well.

He pointed to Marvel movies as one example, showcasing unrealistic male body types and portraying what's seen in films as the ideal.

HOW IT'S GOING FOR THE FAMILY

Emil's first year of high school was difficult. Navigating treatment meant he had to eat a certain number of snacks and meals throughout the day, something he initially pushed back on. He felt a sense of guilt around eating certain types of food.

"I would go meet with him every single day to have his lunch," Ane said. "We had to force him to have protein shakes and tons of food…it was constant."

Slowly, Emil started repairing his relationship with food through regular therapist visits and doctor appointments. In May 2022, Emil returned to his normal weight.

At first, because of the stigma around eating disorders, Emil kept his recovery private because he wasn't sure how people would react.

Recently he's opened up to a few friends who responded supportively. Speaking about an eating disorder for Emil is "weird" because eating "food is just a natural thing."

As he continues to focus on healing, Emil says he wants more people to talk about having eating disorders.

"I hated keeping it in," Emil said. "I want people to let out their feelings when they're going through it…That's why I really wanted to express what I've learned so that maybe people with eating disorders feel like it's OK to express their feelings."

The following is a list of resources and hotlines dedicated to supporting people:

The Canada Suicide Prevention Helpline is available for those who are in, or know someone who is in, immediate crisis or has suicide-related concerns.