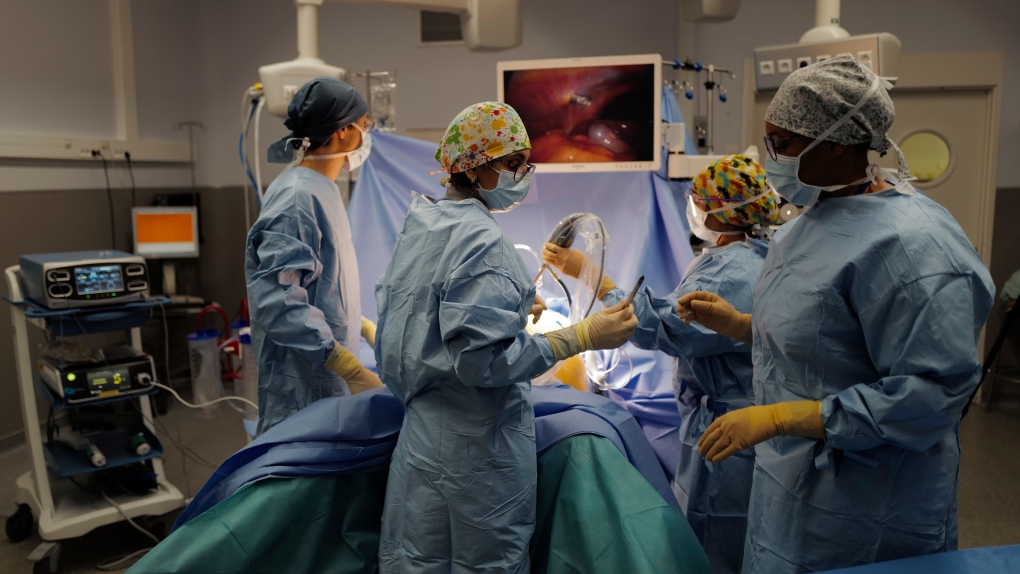 TORONTO -- At least 353,913 surgeries, procedures and specialist consultations were postponed across Canada due to COVID-19 in the first few months of the pandemic, according to a new report issued on Thursday.

The figures released by SecondStreet.org, a conservative-leaning public policy think tank, are drawn from freedom of information requests it submitted in June 2020 to health departments across Canada as well as Ontario figures from the Canadian Medical Association Journal.

Non-urgent surgeries were postponed in many jurisdictions around the world in 2020 to ensure hospital resources, like beds and ventilators, were readily available should COVID-19 case numbers surge.

Data showed that 205,549 postponements were reported by nine provinces between March and May or June. The Ontario government indicated it had “no records,” so the report used an estimate put out by the CMAJ of 184,364 surgeries postponed in the province as a result of COVID-19 between mid-March and mid-June, 2020. The report did not have data for the territories.

A breakdown comparison of the figures is difficult since the information released, which is posted on SecondStreet.org, varied from province to province. Most data appeared to be specifically for surgeries, though some also included imaging exams, for example. Some provinces gave detailed reports including what types of surgeries were delayed, while others only shared overall estimated figures. Since the backlog began, a number of provinces have been working to move forward on procedures.

In B.C. for example, non-urgent, scheduled surgeries that were completed fell a dramatic 45 per cent, with dental, hip and knee replacements the most common non-urgent procedures that were most impacted during this period, the province told SecondStreet.org. Despite the early backlog, B.C.’s government announced in January that nearly all surgeries postponed during the province’s first wave had been completed.

Manitoba, which reported 8,391 procedures that were deferred during that period, announced at the start of this year that it would ramp up surgical capacity to address the issue.

Meanwhile, Ontario Health replied to SecondStreet.org’s request that a “search was conducted in Ontario Health on behalf of the Ministry’s Hospitals and Capital Division and no records were located in response to this request.” It explained that an accurate picture of surgical postponements due to COVID-19 was difficult for a number of reasons and that the province’s wait-time system only captures data of surgeries that have occurred. Last fall, the Ontario government announced a $741 million investment to help build more capacity within the province’s health-care system and clear the waiting list.

The Canadian Medical Association has previously said that it would take more than $1.3 billion to clear the health-care backlog caused by the first wave.

“There are no doubts that the impact of the pandemic will be felt for years to come. But for many Canadians, it could become a serious quality of life issue as they wait for their procedures,” CMA President Dr. Ann Collins said in a statement in October.

Over the last year, there have been anecdotal stories of patients who died as a result of postponed care. In B.C., 50-year-old father of two Chris Walcroft died last April after a surgery to prepare his dialysis treatment was cancelled due to COVID-19.

Meanwhile, modeling research by the University Health Network in spring of 2020 suggested that up to 35 people could die in Ontario between mid-March and the beginning of May because their cardiac surgeries were cancelled or deferred.

SecondStreet.org, for its part, recommended partnering with private clinics to allow patients more health-care options, and as a way to address the country’s surgical waiting list.

“Governments could be much more transparent about patient suffering due to postponed surgeries and procedures,” said Colin Craig, president of SecondStreet.org.

“We know some patients have died from surgical delays, but we really don’t know the extent of the problem.”