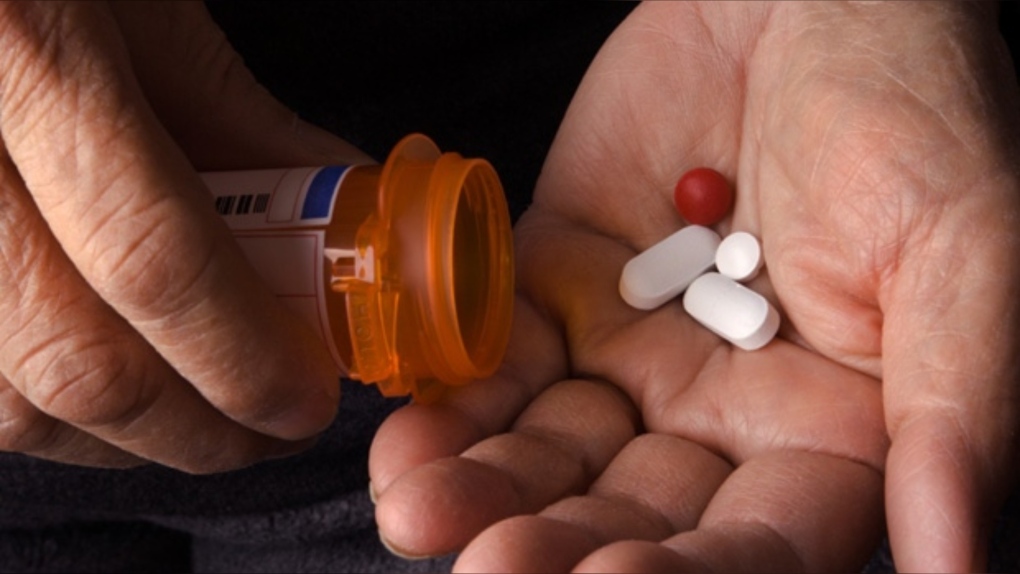 Prescription drugs are seen in this file photo.

TORONTO -- A group of some of Canada's leading doctors and pharmacists have issued an open letter to Prime Minister Justin Trudeau, urging the federal government to address shortages for critical drugs such as Azithromycin, Lorazepam and Remdesivir that could "imperil the lives" of Canadians amid the COVID-19 pandemic

The Critical Drugs Coalition issued the letter on Thursday, asking the government to bring attention and resources to Canada's drug supply challenges. These challenges have existed for the past decade but doctors say they have been "greatly exacerbated" due to the novel coronavirus.

"We simply cannot afford to jeopardize the lives and wellbeing of our patients due to an inadequate supply of critical drugs," the letter reads.

Some of the drugs currently in shortage include forms of Azithromycin, Ceftriaxone, Dexamethasone, Lorazepam, Midazolam, Propofol, Remdesivir, Salbutamol and Tocilizumab, among others. The letter says that health-care professionals have also seen shortages in antibiotic drugs, some of which are on the Tier 3 list, including Penicillin G.

According to the letter, 15 out of 24 drugs on Health Canada's Tier 3 shortage list are essential for treating COVID-19. Medications on the Tier 3 list are drugs experiencing an active significant shortage and have no suitable alternatives.

With these critical drugs typically prescribed for various condition such as epilepsy, high blood pressure, pain, and asthma, many pharmacies across the country have been limiting patients to one month's worth of medication at a time to discourage people from stockpiling medication amid the uncertainties around the pandemic.

CTV News previously reported that doctors are also experimenting with different treatments using existing medications to help hospitalized COVID-19 patients, which in some cases, have led to misinformed members of the public stockpiling the medicine and causing shortages for patients suffering from other serious diseases requiring the drugs.

"As frontline pharmacists and physicians, we have seen and heard of serious shortages of essential, critical medications. These drugs are often used simultaneously in ORs, ERs and palliative care wards, as well as ICUs," the letter reads.

While Canada’s ICUs are seeing fewer COVID-19 patients, the Critical Drugs Coalition says the pandemic has placed a burden on their drug supply with patients often requiring weeks of treatment on ventilators.

Deputy Minister of Health Canada Stephen Lucas said in April that the COVID-19 pandemic will likely lead to shortages of drugs and medical devices for Canadians.

Lucas said the federal government has a team dedicated to addressing the problem and is working with regulators in the U.S., Australia and Europe to identify where the supply-chain disruptions are occurring.

In response to the letter, a spokesperson for Health Minister Patty Hajdu pointed to this international partnership as a step forward in a statement to CTVNews.ca.

He said Health Canada is also working with provinces and territories to work out domestic supply chain kinks.

The federal government has also issued an interim order to allow certain international drugs that may not fully meet regulatory requirements to be imported and sold in Canada to help address drug shortages. However, pharmacists and physicians say they’re still facing shortages.

Health experts behind the letter worry that a likely second wave of infections in Canada will further increase drug shortages and put Canadians lives at risk by compromising the optimal care for their health unless certain measure are put in place.

While the letter is addressed to Trudeau, the Critical Drugs Coalition is calling for immediate action by all levels governments including provincial, territorial, and municipal with national support. The letter said Canada will "perpetually face drug shortages" unless concrete action is taken.

The Critical Drugs Coalition is a grassroots, volunteer-run coalition of physicians, pharmacists and others concerned by drug shortages amid the pandemic. The coalition recommends that Canada find a long-term solution to the problem, starting with the robust stockpiling of critical medications.

"Many of the critical care drugs should be part of the National Strategic Emergency Stockpile. However, it is clear that Canada simply did not have enough stockpiled to meet the demand during the COVID-19 pandemic and that there has been under allocation and underspending for the emergency stockpile," according to the letter.

In order for the stockpiling strategy to be effective, the letter says governments must work closely with hospitals across Canada to establish a comprehensive list of essential medications for hospital-based care. Additionally, it suggests governments develop a plan to obtain medications in a co-ordinated manner to prevent unintended competition.

The letter is also calling for a publicly owned or supported critical drugs manufacturer as a safeguard against future drug shortages.

China and India supply some 80 per cent of the active ingredients and raw materials for many of the medications, and while some drugs are assembled in Canada, none are completely manufactured here from start to finish.

The letter explained that this national manufacturer would specialize in creating the critical drugs on the Critical Medications List, and "would be primarily involved in satisfying significant portions" of national medication demands.

Going forward, the letter is urging greater transparency and communication from governments to the health sector and the public on the supply of critical medicines to ensure drug supply issues are addressed before they pose any serious risks to sick patients.

"We encourage our government to give this urgent issue attention and efforts now, so that Canadians can have the confidence that their healthcare system will be there when they most need it," the letter said.