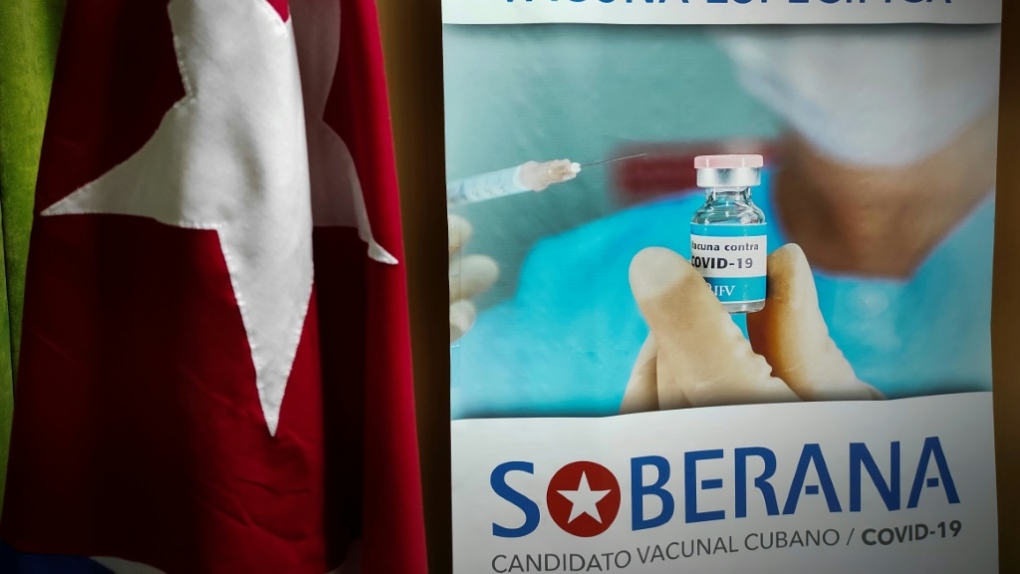 Cuba's Finlay vaccine institute has announced that it will launch phase 3 trials of the Soberana 2 coronavirus vaccine. (AFP)

HAVANA, CUBA -- A Cuban-developed coronavirus candidate vaccine entered into Phase III trials Thursday, the first shot developed by a Latin American country to get this far, the government said.

The recruitment of 44,000 volunteers aged 19 to 80 to test the drug named Soberana 2 has already begun, said Cuba's Finlay vaccine institute.

The first trial shots should start being administered in Havana next week.

The trial volunteers will be divided into three groups: some will receive two doses of the vaccine 28 days apart, another group will get two doses plus a third immune booster, and the third a placebo.

This third phase of the trial will officially end three months after the last dose is injected, the institute's Yury Valdes told reporters.

But if the results are promising, authorization for emergency use could be sought before then.

The communist state, which has stated it wants to vaccinate all inhabitants this year, has been relatively unscathed by the Covid-19 pandemic, with just over 53,300 recorded cases and 336 deaths in a population of 11.2 million.

Under American sanctions, the island nation began developing its own vaccines in the 1980s, discovering the first immunization against the meningitis-causing Meningococcal B bacteria.

Nearly 80 percent of its vaccines are produced locally, and Cuba is working on four coronavirus candidate vaccines.

Soberana 2, like Novavax developed in America, is a recombinant protein vaccine.

They work by recreating the "spikes" on the surface of the coronavirus and introducing it to the body, training the immune system to recognize such intruders and fight back in case of a real infection.

Recombinant vaccines, unlike some coronavirus shots already in use, do not need extreme refrigeration.