Beach bummer: novel coronavirus can live in water, but is it infectious? 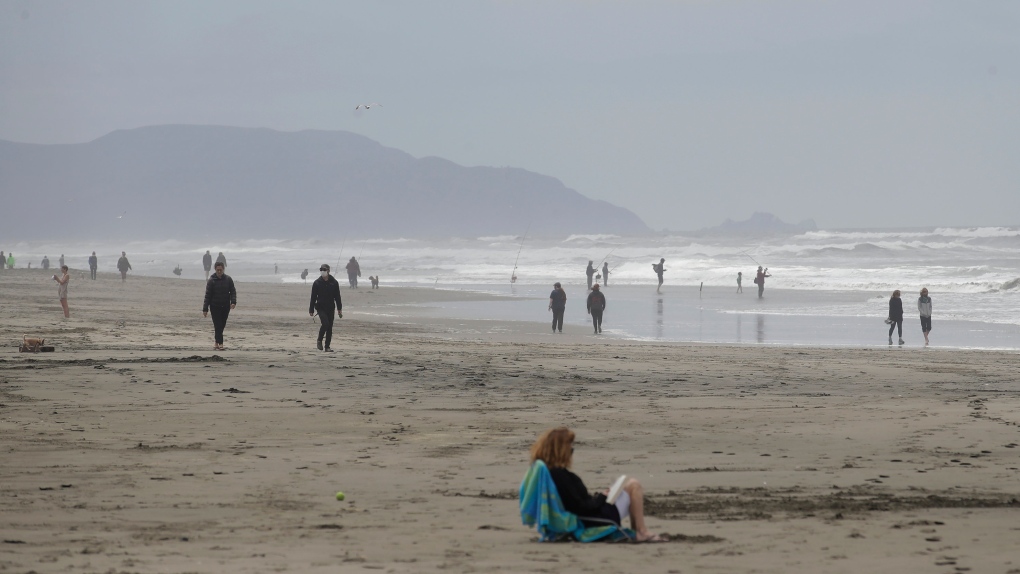 Whether it's a beach getaway or lakeside lounge, or a quick dip in a community pool, re-introducing water-based activities to daily life could be a lot more worrisome this year.

How safe will these warm-weather pastimes be with the COVID-19 pandemic lingering into the summer months?

While experts say the novel coronavirus can live in water for hours to days, the risk of actually picking it up from swimming is low. The real danger for infection is from people who will be flocking to those areas once they've reopened across the country.

"At the same time, and I wouldn't want people freaking out, but we do need to understand that yes, the virus will live in water."

Living in water and being infectious in water are different things, though. And experts seem torn on what that means for COVID-19.

The Centers for Disease Control and Prevention (CDC) says on its website "there is no evidence that the virus that causes COVID-19 can be spread to people through the water in pools, hot tubs, spas, or water play areas."

Curtis Suttle, an expert in ocean microbiology and immunology at the University of British Columbia, agrees, saying any amount of virus that's being shed in the water likely won't result in spreading the infection.

Furness, meanwhile, says there could be a chance a person might get COVID-19 from swimming, if the virus settles in their intestinal tract after being swallowed.

He stressed that the risk level of that is likely very low. And the severity of it is still unclear.

"Having it in your intestines might not be as bad as breathing it in and having it take root in your lungs, but all the things we're learning about COVID suggests that you just don't want (it in) your body at all," Furness said. "So there is a risk there. But of course, you see, the odds of this happening are infinitesimally small."

Furness said diarrhea, which has been a documented, though less common, symptom of COVID-19 might signal a person has contracted the coronavirus intestinally.

A study published Monday in the journal Radiology found bowel abnormalities in a small percentage of patients studied, suggesting the intestine "may be susceptible to SARS-CoV-2 infection."

"We know the virus spike has an affinity for lung cells and intestinal cells, so it's quite happy to be swallowed and could make its way into your intestines and infect you there," Furness said. "Now where does it go from there? This is stuff we're still learning.

"But the real question in all of this is: Are you at a crowded beach or a crowded pool? If (you are) and there's people splashing around everywhere, there's more likely to be virus in the water. But you're also more likely just to get breathed on in that scenario."

The amount of virus present in a body of water will depend on a number of things. And plenty of environmental factors can lessen the virus's ability to infect a host.

Furness said an outdoor pool -- provided it's not crowded -- would be the safest swimming environment because chlorine used to treat water can kill the coronavirus "after about 15 minutes." Heat from the sun also acts to limit the virus's power, and it won't remain viable for long on concrete pool decks like it can on other softer surfaces.

While indoor pools also contain chlorine, the absence of sunlight make them the least safe option, Furness said, especially considering the number of high-touch surfaces in change rooms and on pool ladders.

Lakes and oceans, while missing chlorine, offer their own benefits, says Suttle. There's a dilution effect due to the sheer volume of water, and UV deactivates the virus "really quickly."

"Coronaviruses aren't that different than many viruses which can actually survive for quite long periods of time in the water under ideal conditions," Suttle said. "But if you look at the average half-life ... about half of the virus would be removed every four hours. So they don't persist very long, typically."

Suttle says people generally ingest "millions" of viruses every time they go swimming in natural waters like lakes or oceans.

The majority of them won't affect humans, however.

"We're actually surrounded by a sea of viruses," Suttle said. "There's about 10 million viruses in every millilitre of seawater, but they don't make us sick, right? ... Being able to detect it doesn't necessarily mean that it's infectious."

Furness stressed more research may be needed to get a true answer.

"There may be sides to this we don't know and we'll have to keep an eye out," he said. "We may find outbreaks associated with pools and then again, we might not.

"It's an evolving situation ... (because) this is a new virus. A lot of what we say is assumption based on the way other viruses behave. And we can't be all that certain."

This report by The Canadian Press was first published May 12, 2020.

When and how will the COVID-19 pandemic end?

Seniors being sent one-time payment of up to $500: PM

What parents should consider before sending children back to school

Why people are drawn to COVID-19 conspiracy theories

Fauci warns of 'suffering and death' if U.S. reopens too soon

Beach bummer: novel coronavirus can live in water, but is it infectious?