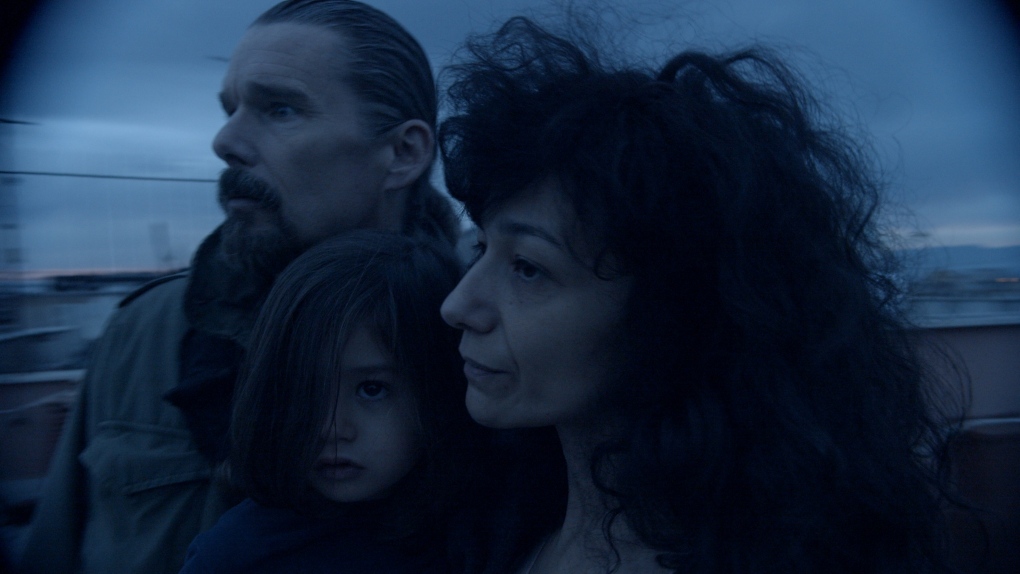 Are you an Ethan Hawke fan? If so, “Zeros and Ones,” a cryptic new film by director Abel Ferrara now available on VOD, gives you two Hawkes for the price of one.

But be warned, this isn’t “Dead Poets Society” or “Before Sunset.”

At one point during this enigmatic movie, a woman (Valeria Correale) asks J.J. Jericho (Hawke), a soldier who spends much of his time roaming the empty streets of Rome, “Have you figured out what you’re doing in my country?”

“Working on it,” he replies.

Jericho may also be working on understating the point of this movie. I know I am.

Jericho is an American soldier in Italy on the hunt for Justin (also Hawke), his revolutionary twin brother. Justin, who is prone to incomprehensible pontification and breaking into song, is suspected of masterminding a plan to blow up the Vatican, but now he has gone missing.

On his search, Jericho, who is also no stranger to odd verbal blurtings — “Jesus was just another soldier,” he says, “but on whose side?” — finds out his brother is dead. Or that he’s in jail. And so, he continues his lonely mission through empty streets, deserted parks and shadowy alleyways.

Ferrara takes advantage of the severe Italian COVID-19 lockdown to shoot in the abovementioned vacated spaces, and that adds to the film’s sense of unease, but that’s about all there is in this impenetrable, repetitive movie.

Hawke does what he can to lift Jericho and Justin off the page, but the script only offers underdeveloped, one note characters for him and his gravelly voice to inhabit. As such, Jericho’s quest and Justin’s cause offer no emotional engagement with the audience.

“Zeros and Ones” is an odd film. It is bookended by Hawke who provides an intro, talking about how much he’s always wanted to work with Ferrara, and a prologue of a sort that begins with the actor saying that when Ferrara gave him the script, “I really didn’t understand a word of it but I really liked it.”

He liked it. I didn’t, but to each his own. An arthouse thriller of a sort, it isn’t concerned with the niceties of story or characters. It’s a kinetic exercise in abstruseness, one that conjures up a feeling of unease but little else. 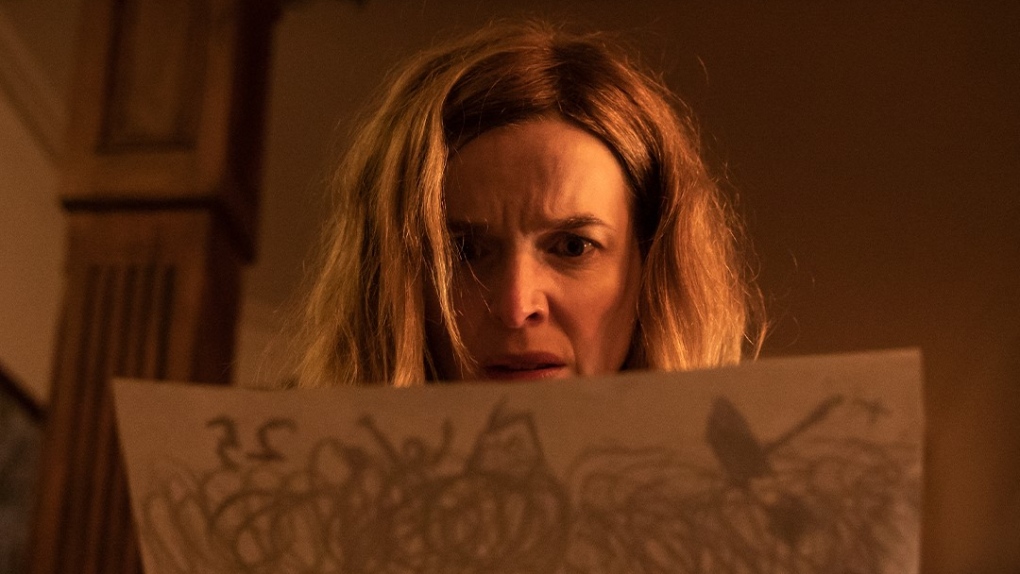 “Marionette,” a new psychological thriller, now on VOD, begins with a shocking scene of self-immolation that sets the scene for the psychological fireworks to come.

The story circles around a child psychiatrist Dr. Marianne Turner (Thekla Reuten) who relocates to Scotland from America for a new job. Why did she move to Scotland?

She replaces Dr. McVittie, who left after psychiatric issues prevented him from properly treating his patients. One of those patients, 10-year-old Manny (Elijah Wolf) is a curly-haired boy with a faraway look who expresses himself through his drawings.

“He’s a mystery,” Turner says. “My impression is that his world view is some sort of defence system, a fortress.”

Turns out, Turner is the only doctor Manny has ever spoken to. Usually, he communicates solely through his pictures, drawings of violence and disaster. As Dr. Turner settles into her new job, she makes friends with Kieran (Emun Elliott) at a book club where they discuss the mind-bending thought experiment of Schrödinger’s cat among other high-minded ideas.

“We all need to see a psychiatrist if we think this is a good way of passing the evening,” Dr. Turner jokes at the end of a club meeting.

Soon, strange things start happening. Mysterious phone calls suggest, “You have to kill him before he kills you,” as Manny continues to draw unsettling images. Dr. Turner soon makes a connection between Manny’s drawings and real-life events.

“You draw a lot of accidents and disasters, don’t you Manny?” she says. “What are you thinking of when you draw them?”

Leaving science and the metaphysical cat behind, she looks to the paranormal to determine whether Manny is predicting the calamitous events or causing them.

“What’s in there,” she asks, pointing to a large portfolio of his pictures. “The future,” he says.

“Marionette” is a gloomy psychological drama that effectively creates an atmosphere of tension throughout. Co-writer and director Elbert van Strien weaves ambitious ideas into the plot, elevating a pulpy story to something approaching gothic proportions.

Dr. Turner arrives in Scotland with the baggage of a dead husband she left behind in the U.S., and her grief informs the story and her reactions to the situations she finds herself in. Dutch actress Reuten — her uneven accent is explained away with a quick, “Oh, I’m not American. I just lived there for a long time” — brings the complicated doctor to life in a performance that is equal parts anguish, intellectual curiosity, paranoia and empathy. Her quest for the disturbing truth takes her to some uncomfortable places, but Reuten keeps us interested.

Reuten may provide the heart of “Marionette,” but it is Wolf who brings the creepy kid vibe that is the movie’s engine. With a relatively small amount of screen time, he makes a startling impression with his mannered speech and wide eyes.

“Marionette” spends a bit too much time on its philosophical underpinnings. It asks big questions such as whether we have free will or are we simply marionettes dangling on the end of a string operated by something or someone we don’t understand, without truly exploring them. Also, a bit of knowledge on Schrödinger’s cat might give you a leg up. Or not, depending on how deeply you become invested in the story. Either way, these aspects of the storytelling hammer their points home with a sledgehammer when a tap would have sufficed.

Before it disappears down its philosophical rabbit hole, “Marionette” is an enjoyable Hitchcockian story. 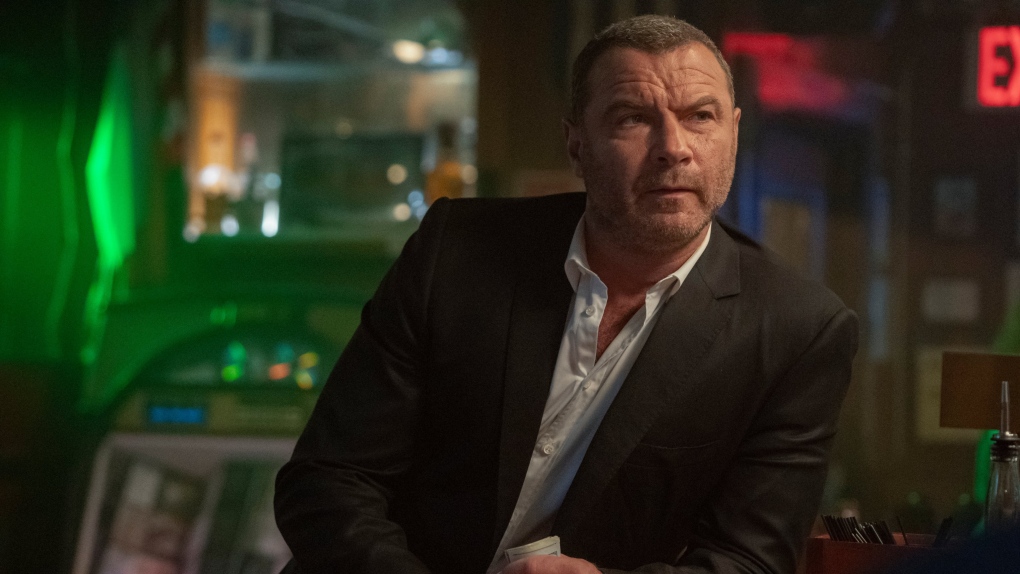 Despite a final shot that is about as subtle as one of its title character’s trademarked baseball bat attacks, “Ray Donovan: The Movie,” now streaming on Crave, brings the moody television series to a satisfying conclusion.

The movie picks up where season seven of the TV show ended. Mickey (Jon Voight), family patriarch and all-round scumbag, and his quest for cash led to a violent showdown that resulted in the accidental shooting death of his granddaughter Bridget’s (Kerris Dorsey) husband.

With Mickey on the run, his son, Ray (Liev Schreiber), a “fixer” who solves pesky personal problems for wealthy clients, is looking inward, determined to fix his own issues, beginning with his trouble-making father.

As the main action plays out in present day, through flashbacks we learn more about the Donovan clan. How Ray ended up in Hollywood doing whatever it takes to keep bold-faced names out of the gossip pages or jail or both. The roots of his lifelong beef with Mickey and why bad luck and trouble has been this family’s only friends.

Anyone familiar with the tone of the last few seasons of “Ray Donovan” will not be surprised by the downbeat feel of the movie. Dour and sour, it’s a dark sins-of-the-father story that never met a shot of Schreiber’s scowling face it didn’t love. As it wraps up the series, the movie circles around its main ideology, that violence begets violence. It’s not exactly a revelation from the Donovan timeline, but it is the thread that sews up the loose story bits left by the abrupt cancellation of the series. It’s not always subtle (no spoilers here, but check out the last hammer-the-nail-on-the-head shot of Ray) but it does get to the heart of what makes the Donovans tick.

“Ray Donovan: The Movie” is a slow burn, but at a tight 100 minutes, should provide closure for fans of the show, a bit of action and even some emotional moments. 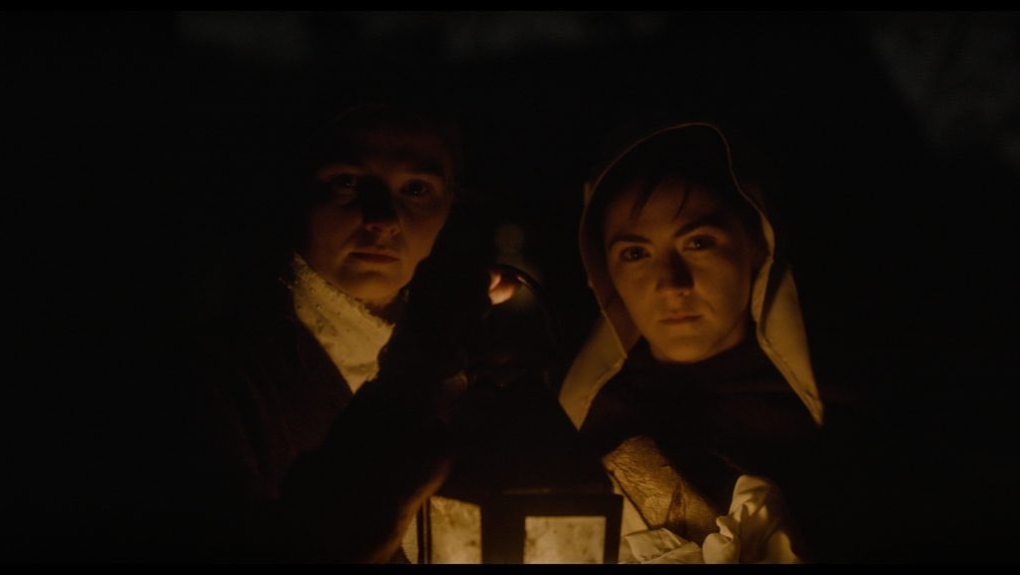 “The Last Thing Mary Saw,” a new film about sexual repression, and now streaming on Shudder Canada, is more about mood and atmosphere and the toll that fear takes on people than it is about horror.

When we first meet Mary (Stefanie Scott), she is blindfolded, blood tickling down her cheeks, under interrogation regarding her grandmother’s (Judith Roberts) “sudden departure.”

Suspected of being a witch, one of her captors assesses the situation.

“It is not our responsibility to give the devil a chance to repent. He must perish with her.”

Sombre and creepy, it is just the beginning of Mary’s unsettling journey.

Jump cut back in time to 1843 in rural Southold, N.Y. Much to the horror of her devout parents, Mary is having a love affair with Eleanor (Isabelle Fuhrman), the family’s maid.

“Our daughter’s ears are deaf to the Lord’s preachings,” her father tells the soon-to-be-gone family matriarch. “She continues to engage in acts with the help.”

Instead of sending the maid on her way, it’s decided the young lovers will be subjected to “corrections,” a torturous religious punishment wherein they are forced to kneel on grains of rice and recite Bible passages. “Mary and the maid played dangerous games and were punished accordingly.” Unsurprisingly, the rudimentary conversion therapy doesn’t work, and Mary and Eleanor continue to clandestinely see one another.

When they are discovered, lives are shattered as a mysterious character named The Intruder (Rory Culkin) enters the story.

“The Last Thing Mary Saw” isn’t particularly scary in its violence or visuals, save for a deeply unpleasant dinner scene, but it is chilling filmmaking. First-time director Edoardo Vitaletti calibrates each scene, including a long, virtually silent middle section, for maximum discomfort.

Repression covers the entire film like a shroud, as Mary and Eleanor attempt to live their lives away from the fear and religious fervor spawned by Mary’s pious parents. Human nature is the boogeyman here, not Mary’s alleged witchcraft.

The forced clandestine nature of their relationship is enhanced by Vitaletti’s shadowy, candlelit photography. It is restrained and sophisticated throughout, etching some unforgettable images in the viewer’s imaginations.

On the downside, the restraint, while moody, feels as though the movie is holding back, stopping just short of fully embracing its horror elements. This straightforward, serious treatment undersells the creepy elements that could have made the story as memorable as the images.

Amber Heard told jurors on Thursday that she faces online harassment and death threats every day over her claims that ex-husband Johnny Depp abused her before and during their brief marriage.