I wonder if the number in the titles of the "Fast & Furious" movies is a scale of how implausible the movie will be. Do the producers think, "Well, it's the ninth movie so it has to be nine times wilder than the last one." I mean, why simply have a Pontiac Fiero when you can have a Pontiac Fiero with a rocket engine strapped to the roof?

Trust me, I'm on to something here.

I was not a fan of the first batch of "F&F" films but as they've incrementally amped up the action, shifting into a higher gear each and every time, with no regard for sentient storytelling or the laws of gravity, I've developed a soft spot for Dom and the Gang.

The movies stopped making sense some time ago. How is it, exactly, that a group of gearheads became a highly trained squad of international warriors, equally at home with ignition coils and international intrigue? These movies redefine the word excessive, and yet the franchise's commitment to auto anarchy and Vin Diesel's raspy way with a catchphrase has caught me in its speed trap.

The latest entry, "F9," now playing in theatres and Drive-Ins, is less a movie and more a spectacle. A loud-and-proud exercise in far-fetchery, cliches and twisted metal, it relies on the usual "F&F" staples — family, friends, fast cars and flashbacks — as a backdrop to the over-the-top action to tell a story of international espionage, an evil mastermind named Cipher (Charlize Theron) and the broken relationship between brothers Dom (Diesel) and Jakob (John Cena).

There's more, but fans don't go to these movies for the storytelling. They go because director Justin Lin has eliminated most of the boring bits — i.e. when the characters speak — to distill the movie down to its sweaty essence. When the characters do talk, they don't converse exactly, they exchange clichés, and when they aren't speaking in a low rumble, they yell.

The result is a Kabuki car show, the latest entry in a franchise that knows no speed limit. 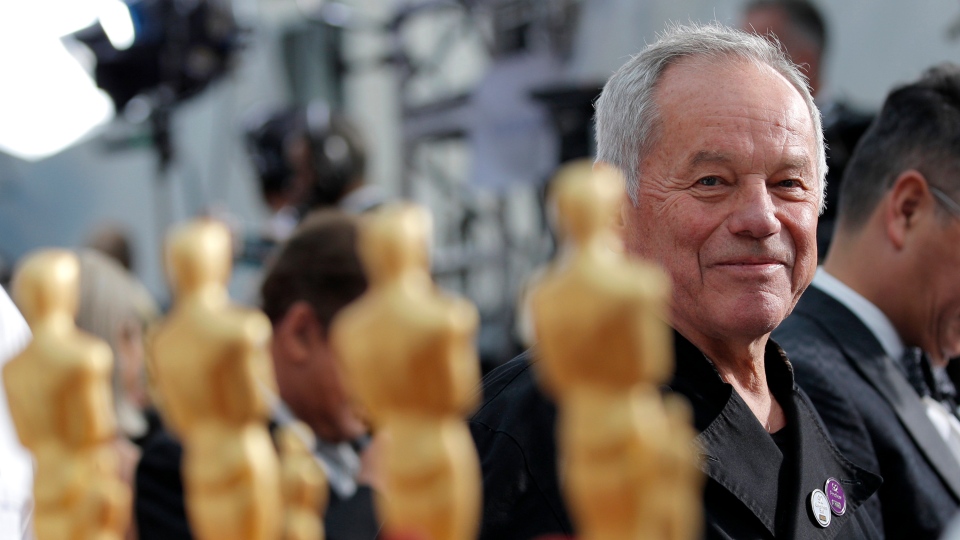 Spago chef Wolfgang Puck says he doesn’t like thinking about his past because it takes time away from focusing on the future. It’s a nice sentiment, but it may be why “Wolfgang,” a new documentary about his life, now streaming on Disney+, is short on contemplation.

The light and breezy 78-minute doc begins with the usual kind of praise that gets lobbed at luminaries like Puck. He revolutionized the way Americans eat. He was the first celebrity chef. Etc. Etc. All mostly true, (Jeremiah Tower or Alice Waters may have some thoughts on both these points) but it's all ground covered later on in some depth.

Beyond the platitudes though, is a compelling portrait of a man driven by the trauma of childhood with an abusive stepfather. Born into poverty in Austria, Puck was drawn to the kitchen, and loved spending time with his mother as she prepared modest Sunday dinners.

“As a kid, the kitchen was the only place I felt safe,” he says.

A mashed potato incident at his first hotel kitchen job got him fired, but he showed up the next day anyway, asked for his job back and was on his way to cooking serious food, studying in France and shutting out his family for the next year-and-a-half.

It’s in these details, and not the flashily edited montages of a young Punk on “Good Morning America” or footage of him waving to the famous clientele from the open kitchen of his legendary Hollywood restaurant Spago, that we begin to understand what makes Wolfgang run.

His professional rise through the ranks, from France to Hollywood’s Ma Maison restaurant and beyond, is certainly worth essaying, but it feels like much of the important stuff is swept along in a flurry of friendly talking heads and the glow of rave reviews. Better is the awkward look on Puck’s face as his sister scolds him for not being in touch when their grandmother passed away. Those moments feel authentic, providing some soul in a documentary that more often than not relies on anecdotes about Joan Collins and Puck’s famous smoked salmon and goat cheese pizza (“You don’t want to make Joan Collins mad!”) or well-worn adages.

“Wolfgang” is a slickly made documentary, but plays a like a greatest hits version of Puck’s life. When it peels back the layers of the onion to reveal how the chef’s need for his stepfather’s approval propelled his career, it resonates. When it goes for inspiration over introspection, however, it feels less flavourful. 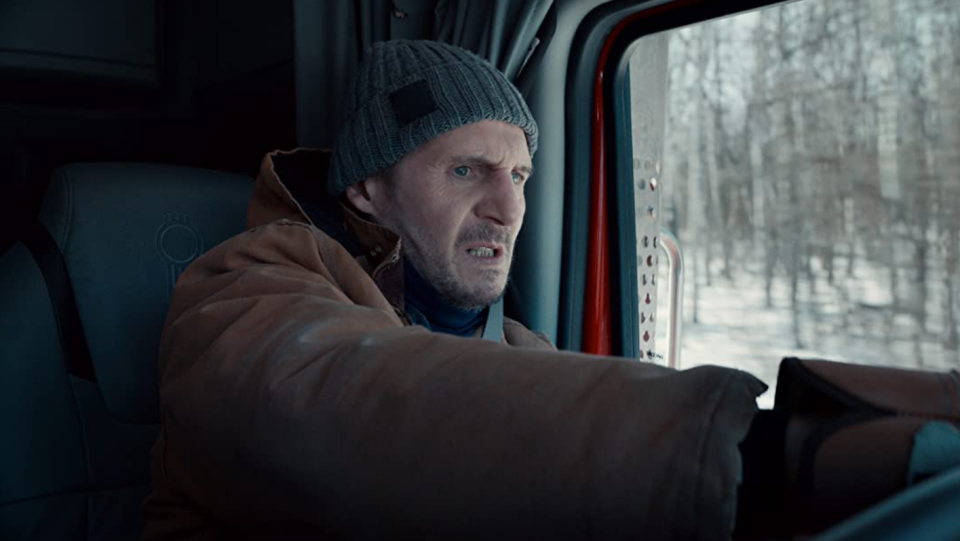 In recent years we’ve seen Liam Neeson morph from dramatic actor to action star. He’s battled everything from human traffickers and Mexican cartels to hijackers and murderous drug dealers. His latest, “The Ice Road” sees him up against his most daunting adversary yet—a long stretch of frozen ocean.

Neeson is Mike, a grizzled big rig driver who cares for his Iraq war veteran brother Gurty (Marcus Thomas). Gurty is a master mechanic, but his PTSD has made it difficult for the brothers to stay employment. When a diamond mine in Northern Canada collapses, they accept a job offer from Goldenrod (Laurence Fishburne) to be part of a convoy delivering life-saving equipment to the remote mine location.

The brothers team with Goldenrod and Tantoo (Amber Midthunder), a fearless young woman whose brother is trapped in the mine, to navigate three 65,000-pound vehicles over “ice roads,” frozen lakes, rivers and oceans to deliver life-saving equipment.

There’s more, but I can’t describe the plot’s main thrust without a major spoiler. Suffice to say, there is a villain so dastardly all that’s missing is a giant moustache to twirl.

The drama in “The Ice Road” quickly melts away like ice before a fire, leaving behind a residue of clichés, long, drawn-out action and fight scenes and dialogue borrowed from a hundred other, better action movies.

Director Jonathan Hensleigh, writer of the screenplays for “Jumanji,” “Armageddon” and “Die Hard with a Vengeance,” struggles to bring the popcorn thrills of his best-known work to this movie.

Even the death of one of the major players (NO SPOILERS HERE) is so abrupt and undramatic, it’s as if the actor had a doctor’s appointment and had to leave the set suddenly.

It’s too bad because there’s lots to work with. Start with man-against-nature. Move along to a pantomime villain and throw in some of Neeson’s trademarked grimaces and growls and you could have an enjoyable b-movie, but the hackneyed relationships and threadbare special effects sink the whole thing.

“The Ice Road” is a long (why did this have to be 103 minutes long?) winding road to nowhere; all build up and no pay off.