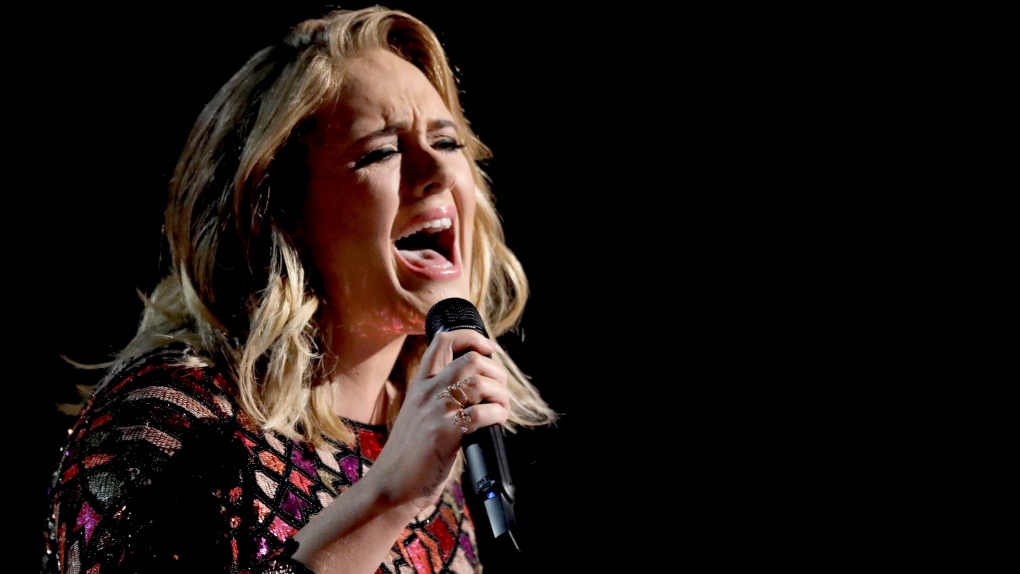 NEW YORK -- Six years after her last album, Adele revealed Wednesday that her new project, "30," will be released on Nov. 19.

An initial single, "Easy on Me," is coming out on Friday.

The British singer, who was divorced in 2019, said in a lengthy Instagram post that after "throwing myself into a maze of absolute mess and inner turmoil," she's feeling better.

"I'm ready to finally put this album out," she wrote.

With giant hits like "Rolling in the Deep" and "Hello," her previous two albums rank among the 50 biggest-selling in music history.

The disc "21" (she names her projects for her age while writing most of the music) was released in 2011 and has sold an estimated 31 million copies worldwide. The album "25" came out in 2015, and sold 22 million copies.

With streaming services like Spotify now dominant, there's no way Adele or anyone will reach those sales figures again. Yet she's in a stratosphere of popularity that only someone like Taylor Swift can approach in the music business.

She's also been away for six years from a medium where tastes change from month to month.

In an interview with Vogue recently, Adele said "there isn't a bombastic 'Hello.' But I don't want another song like that. That song catapulted me in fame to another level that I don't want to happen again."

She and her former husband, Simon Konecki, have a 9-year-old son. Adele's 33 years old now.

"I've learned a lot of blistering home truths about myself along the way," Adele wrote on Instagram. "I've shed many layers but also wrapped myself in new ones. Discovered genuinely useful and wholesome mentalities to lead with, and I feel like I've finally found my feeling again. I'd go so far as to say that I've never felt more peaceful in my life."

Vogue describes "Easy on Me" as a "gut-wrenching plea of a piano ballad."

"It's sensitive for me, this record, just in how much I love it," Adele told the magazine. "I always say that '21' doesn't belong to me anymore. Everyone else took it in their hearts so much. I'm not letting go of this one. This is my album. I want to share myself with everyone, but I don't think I'll ever let this one go."