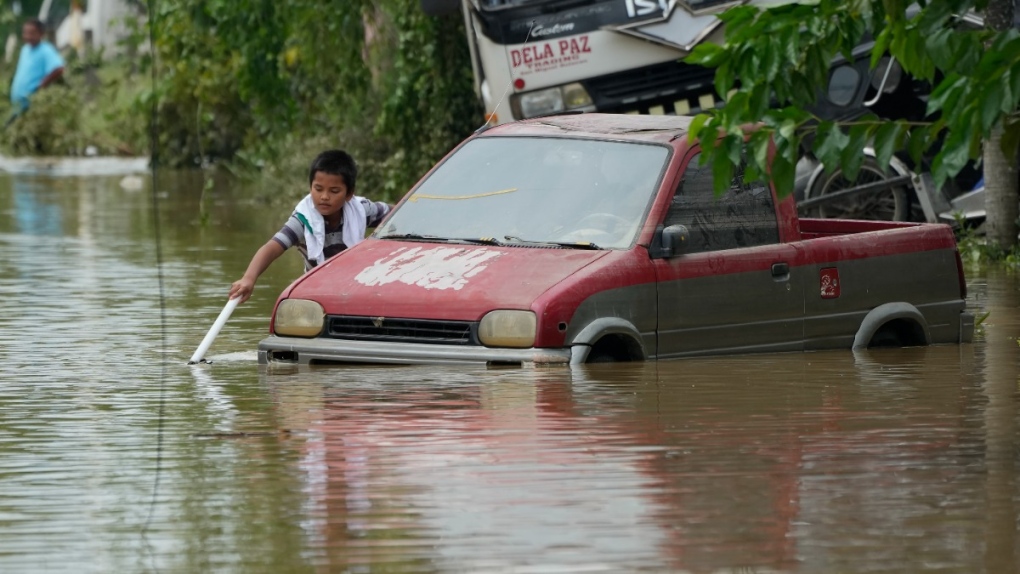 Typhoon Noru left a trail of destruction in northern Philippine provinces on Monday with at least eight people dead, including a group of rescuers who were scrambling to save villagers trapped in floodwaters, officials said.

Five government rescuers drowned in San Miguel town in Bulacan province after their boat overturned when it was hit by a collapsed wall, tossing them into rampaging floodwaters, police and officials said.

"They were living heroes who were helping save the lives of our countrymen in the calamity," Bulacan Gov. Daniel Fernando told DZMM radio network. "This is really very sad."

Officials and local rescue groups paid tribute to the rescuers on social media. "They showed bravery and heroism in facing danger despite the perils to their own lives to fulfill their duty of saving other people," the Bulacan police force said on Facebook.

The most powerful typhoon to hit the country this year slammed ashore in eastern Quezon province on Sunday then weakened as it blew out into the South China Sea early Monday toward Vietnam, forecasters said.

Three other deaths were reported by police, including a Bulacan villager who drowned after refusing orders to leave his house beside a swollen river. A missing farmer was found dead in a plantation that was hit by a flash flood and an elderly villager died after his house was hit by a landslide. Six fishermen were reported missing in Camarines Norte province, a disaster-response official told a news briefing.

In Aurora province's hard-hit Dingalan town, more than 6,000 houses were damaged and a newly built evacuation center housing more 200 displaced families was battered by the fierce wind and rain but no injuries were reported, officials said.

About 3,000 people were evacuated to safety in metropolitan Manila, which was lashed by fierce wind and rain overnight. Classes and government work were suspended Monday in the capital and outlying provinces as a precaution although the morning skies were sunny.

The entire northern provinces of Aurora and Nueva Ecija, which were hit by the typhoon, remained without power Monday and repair crews were at work to bring back electricity, Energy Secretary Raphael Lotilla told President Ferdinand Marcos Jr. in a televised meeting the president called to assess damage.

Marcos Jr. praised officials for evacuating tens of thousands of people before the typhoon hit, preventing more deaths, but expressed concern at how Noru and another storm that devastated central and southern provinces in December rapidly intensified into super typhoons.

"Is this climate change?" Marcos Jr., who took office in June, asked. "We have kept watched on these storms for a long time but it wasn't like this before... This is something I have to deal with."

Marcos Jr. later joined an aerial inspection of typhoon-hit provinces in the rice-growing region, where many villages and stretches of roads remained flooded.

Noru underwent an "explosive intensification" over the open Pacific Ocean before it hit the Philippines, Vicente Malano, who heads the country's weather agency, told The Associated Press on Sunday.

By Monday noon, Noru had sustained winds of 130 kph (81 mph) and gusts of 160 kph (99 mph) and was moving northwest in the South China Sea toward Vietnam, according to the weather agency.

About 20 storms and typhoons batter the Philippines each year. The archipelago also lies in the "Pacific Ring of Fire," a region along most of the Pacific Ocean rim where many volcanic eruptions and earthquakes occur, making the Southeast Asian nation one of the world's most disaster-prone.

The federal government is looking at potentially helping to secure the release of 19 Canadian women and children being held in northeastern Syria, a recently filed court document says.