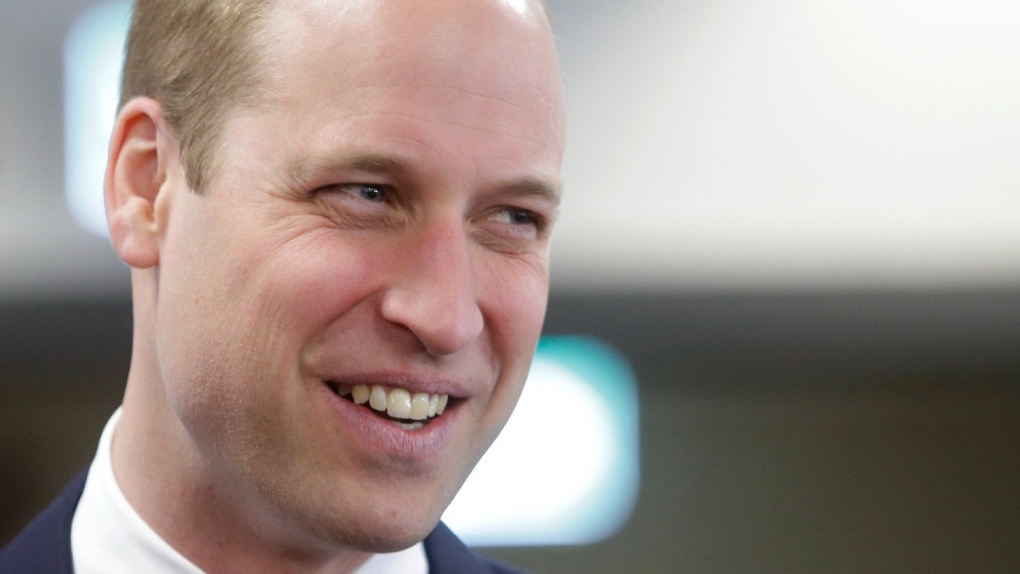 Prince William smiles as he attends a joint session of the Commonwealth Heads of Government Business and Youth forums at the QEII Centre in London, on April 17, 2018. (Alastair Grant / AP)

The finalists include a 14-year-old student who proposes using solar energy to replace charcoal to power millions of roadside ironing carts in India; a land-based coral farm in the Bahamas to restore dying coral reefs; a community project in Congo devoted to protecting gorillas; and a Kenyan enterprise that turns organic waste into fertilizer and insect protein for farmers.

Five winners will be chosen next month from the 15 finalists, and each will receive a grant worth 1 million pounds (US$1.4 million). In addition, 14 global companies and brands, including Microsoft, Unilever, Ikea and Walmart, have agreed to support and scale the ideas developed by the finallists.

"When we launched the prize last year, our ambition was to find the most innovative solutions to the world's greatest environmental challenges," William said in a pre-recorded video announcing the finallists.

He said the award received over 700 nominations this year, and that the ambition and quality of the submissions "should fill us all with optimism and hope that our goals for this decisive decade are achievable."

William and his charity, The Royal Foundation, launched the Earthshot Prize last year, inspired by U.S. President John F. Kennedy's 1962 "Moonshot" speech that challenged and inspired Americans to go to the moon. William said he wanted to capture that "spirit of human ingenuity, purpose and optimism."

The prize is billed as the most prestigious of its kind, with a 50 million-pound prize pot to be awarded to five winners every year until 2030.

One of the shortlisted candidates is Delhi-based Vidyut Mohan, who has developed a portable technology that rapidly converts crop residues that would otherwise be burned into bio-products like fuel and fertilizer.

Mohan, 30, said he was inspired to act after seeing the skies of his hometown engulfed with black smog from burnt agricultural and forest waste, putting his own family's health at risk.

Teenager Vinisha Umashankar, also from India, wants to use solar energy to replace charcoal to power the millions of ironing carts used by street vendors pressing clothes daily on the roadside.

The award is the most ambitious project yet launched by William, who has long supported conservation charities in Africa and led work to tackle illegal wildlife trafficking.

Jason Knauf, chief executive of The Royal Foundation, said William was inspired by both his father's and grandfather's work on the environment and wanted to leave a "personal" legacy with the award.

"It's like if you know that this is the 10 years that really matters, it's the legacy: `What am I going to be able to say to my children in the future about what my contribution was during this decisive decade?"' Knauf said.

The winners will be chosen by a committee including veteran broadcaster David Attenborough, actor Cate Blanchett and World Trade Organization director Ngozi Okonjo-Iweala.

The winners are due to be announced in a ceremony on Oct. 17.

James Brooks contributed to this report from Copenhagen, Denmark