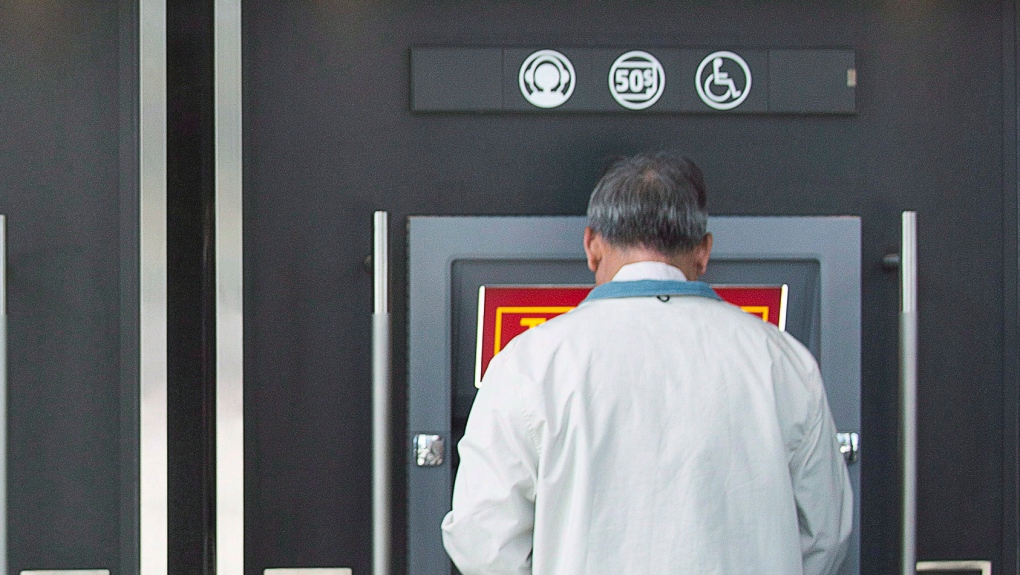 A man uses an ATM in Montreal, on April 24, 2014. THE CANADIAN PRESS/Graham Hughes

The Federal Court of Appeal has affirmed the constitutionality of legislation that allows account information held by Canadian financial institutions to be shared with U.S. authorities.

Two U.S.-born women who now live in Canada, Gwendolyn Louise Deegan and Kazia Highton, challenged the Canadian provisions implementing a 2014 agreement between the two countries that makes the information-sharing possible.

The two unsuccessfully argued in Federal Court that the provisions breach the Charter of Rights and Freedoms guarantee preventing unreasonable seizure, prompting them to take their case to the Court of Appeal.

The U.S. considers all American citizens to be permanent tax residents in the United States for federal income tax purposes, taxing the worldwide income of "specified U.S. persons" regardless of whether they live, work, or earn income in the United States.

The U.S. Foreign Account Tax Compliance Act, known as FATCA, requires banks and other institutions in countries outside the United States to report information about accounts held by U.S. individuals, including Canadians with dual citizenship.

Under the resulting tax arrangements, Canadian financial institutions are legally required to provide the Canada Revenue Agency with data concerning accounts belonging to customers whose information suggests they might have American citizenship. The revenue agency then hands the information to the U.S. Internal Revenue Service.

Among the information from Canada being shared with the U.S. are the names and addresses of account holders, account numbers, account balances, and details such as interest, dividends and other income.

In her 2019 decision, Federal Court Justice Anne Mactavish concluded that although the Canadian provisions do result in the seizure of the banking information of Americans in Canada, the affected people have only "a limited expectation of privacy" in their data.

In their submission to the Court of Appeal, Deegan and Highton said the banks provide a "dragnet function" in collecting and turning over the information, which the U.S. revenue service can use in accordance with American law, including criminal prosecution.

The Canadian government told the Court of Appeal that failure to comply with the U.S. measures would have had serious effects on Canada's financial sector, its customers and the broader economy.

Financial institutions that do not comply with the FATCA reporting obligations are subject to a 30 per cent withholding tax on various types of payments received from U.S. sources, something the Finance Department felt could cause "serious instability in the Canadian financial system," the federal submission said.

A three-judge panel of the Court of Appeal found no reason to overturn Mactavish's conclusion that the Canadian provisions are constitutional. In their reasons, the judges rejected any suggestion the provisions are harsh or burdensome.

Writing on behalf of the panel, Justice Judith Woods said the provisions are an example of international co-operation in the administration of income tax laws.

"The record suggests that such co-operation is widely accepted and has been strengthened in recent years," Woods wrote.

Moreover, she said, the appellants had not shown that the provisions "are more intrusive than is necessary to be effective, or that Canada could have achieved a more favourable outcome for affected persons."

This report by The Canadian Press was first published Sept. 23, 2022.