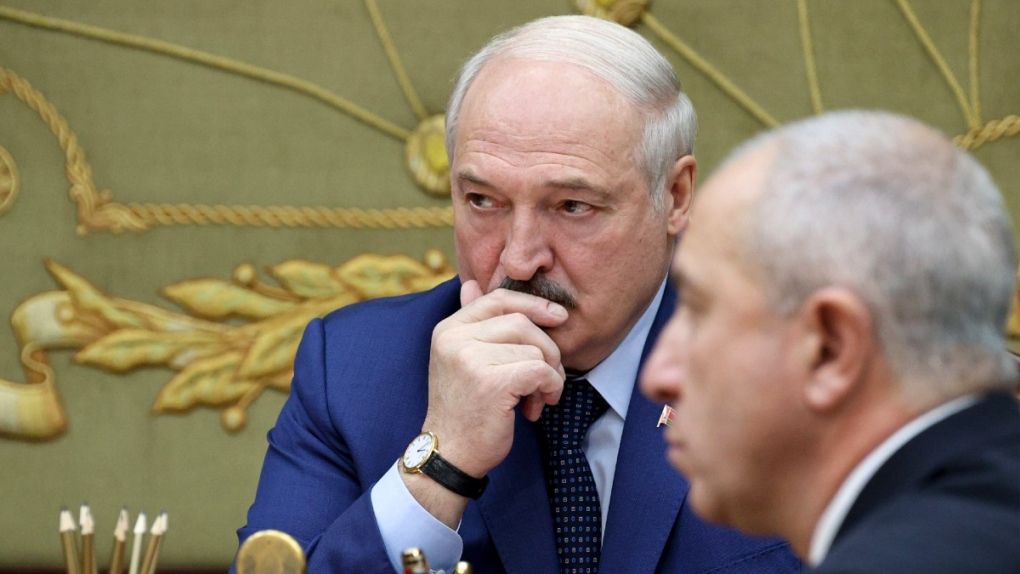 Belarus on Monday announced retaliatory restrictions on airlines from the European Union and the U.K., as well as a ban on imports of Western goods from countries that have introduced sanctions against the former Soviet nation.

The import ban comes in response to the "illegal external sanctions pressure aimed at undermining the sovereignty of Belarus and deterioration of the well-being of Belarusian citizens," Belarus' Foreign Ministry said in a statement.

The Belarus government has not yet published the list of prohibited Western goods.

Last week, the United States, EU, Britain and Canada slapped simultaneous sanctions on dozens of Belarussian officials, organizations and companies, with the EU targeting those accused of participating in a "hybrid attack" on the bloc using migrants as pawns on the borders of Poland, Lithuania and Latvia.

The EU has also imposed travel bans and asset freezes on 17 more people from Belarus, including senior border guards and military officials, government representatives and judges.

The measures also hit airlines -- including state carrier Belavia -- and travel groups accused by the EU of helping to bring migrants to Belarus with the aim of helping them cross into the 27-country bloc.

Belarus President Alexander Lukashenko said Monday the sanctions will not do any tangible harm.

"Of course, there is nothing good in this," Lukashenko said at a meeting in Minsk. "But to lie down today, fold your arms over your chest and die, there is no reason for that."

Lukashenko said Belarus has managed to maintain economic growth. The economy contracted 0.9% last year, but according to October forecasts, the World Bank expects GDP to grow by 1.2% in 2021.

Analysts say Russia is throwing a lifeline to the Belarusian economy by providing loans, selling oil and gas to the country at domestic prices and opening the Russian market to Belarusian goods.

"Lukashenko is ready to intensify confrontation with the West and be at the forefront of Kremlin's plans, since Moscow still pays for Minsk's anti-Western rhetoric," independent analyst Valery Karbalevich told The Associated Press. "Western sanctions will hurt sensitive sectors of the Belarusian economy, but they will be compensated for Belarusians out of Russian pockets."