Edmunds: The hottest cars to look out for in 2022 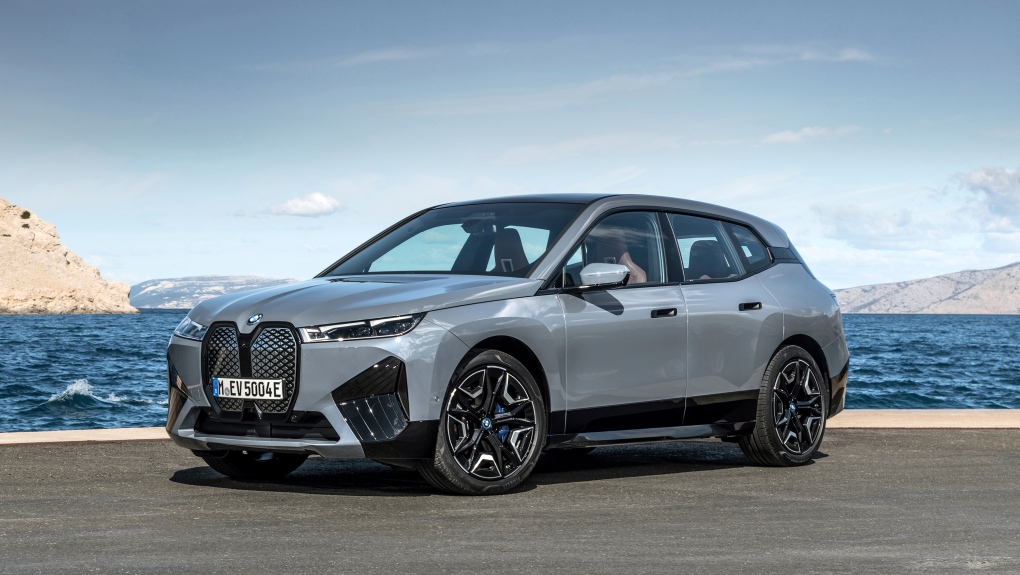 This undated photo provided by BMW shows the 2022 BMW iX, an all-electric SUV that is roughly the size of its popular X5. (Uwe Fischer/Courtesy of BMW North America via AP)

The chip and supply chain shortages of 2021 have been difficult for automakers and consumers alike. But something positive has emerged from the chaos for 2022: more new car introductions. Among other things, the shortage forced many brands to delay the release of all-new and redesigned vehicles that were originally scheduled for 2021. To help you sort through the debuts, the experts at Edmunds have compiled a list of the five hottest vehicles that will arrive at dealerships in the next six to nine months.

The all-electric Ford F-150 Lightning pickup will be one of the most significant EVs to ever hit the market. That it's based on the best-selling vehicle in America would be reason alone. But the Lightning, which has dual motors and all-wheel drive, will also make more torque than any other F-150 produced - up to 775 lb-ft - and have the ability to use its battery pack as a power source. It's robust enough to power a house during a power outage, potentially for days.

The F-150 Lightning, which comes out in the spring, will be offered with standard- and extended-range battery packs. The standard pack model comes with 426 horsepower and has a Ford-claimed driving range of 230 miles, and the extended pack is rated at 563 horsepower and has a longer driving range of 300 miles. Maximum towing capacity when properly equipped will be 10,000 pounds, which is enough for a medium-size trailer.

Based on its name, the all-new CX-50 might seem like a replacement for the similarly sized CX-5 small SUV. But when the CX-50 goes on sale this spring, Mazda will sell it alongside the CX-5.

The CX-50 comes standard with all-wheel drive and sports a more rugged look than the CX-5. Engine choices will be shared with the CX-5, which are non-turbocharged and turbocharged versions of Mazda's 2.5-liter four-cylinder. Mazda says a hybrid powertrain will be available down the line too. The interior has a minimalist and upscale look to it and, if other Mazdas are any guide, will be fitted with solid-feeling controls and plenty of soft-touch materials.

BMW's first electric SUV will go on sale this spring. The dual-motor, all-wheel-drive EV is comparable to the X5 in size and produces impressive power in the base xDrive50 model: 516 horsepower and 564 lb-ft of torque. BMW will also introduce a more powerful M60 model with 610 horsepower.

The iX's driving range is an EPA-estimated 305 to 324 miles, depending on wheel size. Acceleration is quick; BMW says 0-60 mph happens in 4.6 seconds for the base iX or 3.6 seconds for the M60. Inside, owners will be treated to a 12.3-inch digital instrument panel, a 14.9-inch central display screen, and an available electro-chromatic panoramic sunroof. The trigger phrase for the infotainment system's voice-activated virtual assistant is customizable, so you're not stuck having to say “Hey, BMW.”

Chevrolet's mid-engine sports car is getting its newest Z06 treatment. But instead of adding a supercharger like on prior Z06s, Chevrolet developed a new naturally aspirated 5.5-liter V8 that revs to a sky-high 8,600 rpm and churns out an impressive 670 horsepower and 460 lb-ft of torque. It's backed by an eight-speed dual-clutch automatic transmission.

Aside from the engine, the Z06 is wider than the regular Corvette in order to house the larger tires that wrap the 20-inch front and 21-inch rear forged aluminum wheels. Owners who track their Z06 will appreciate its electronic limited-slip differential, estimated 2.6-second 0-60 mph time, and a traction management system that offers five distinct settings for optimum on-track performance. Production begins this summer.

The Integra is back and will spice up Acura's lineup as a sporty four-door hatchback when production starts this fall. Acura has only shown the Integra in concept form, but we believe the production version will look almost identical. It will compete against other entry-level luxury cars including the Audi A3 and BMW 2 Series.

The new Integra is based on the redesigned Honda Civic and will be powered by a turbocharged 1.5-liter four-cylinder engine producing around 200 horsepower. An available six-speed manual transmission and limited-slip differential should make for a fun driving experience. A pumped-up Type S model will likely come later in production and could make as much as 300 horsepower.

Whether you're an EV fanatic, track-day hero, or someone who just simply wants to haul the family around in a cool car, make sure to check out one of the above vehicles coming out in 2022.