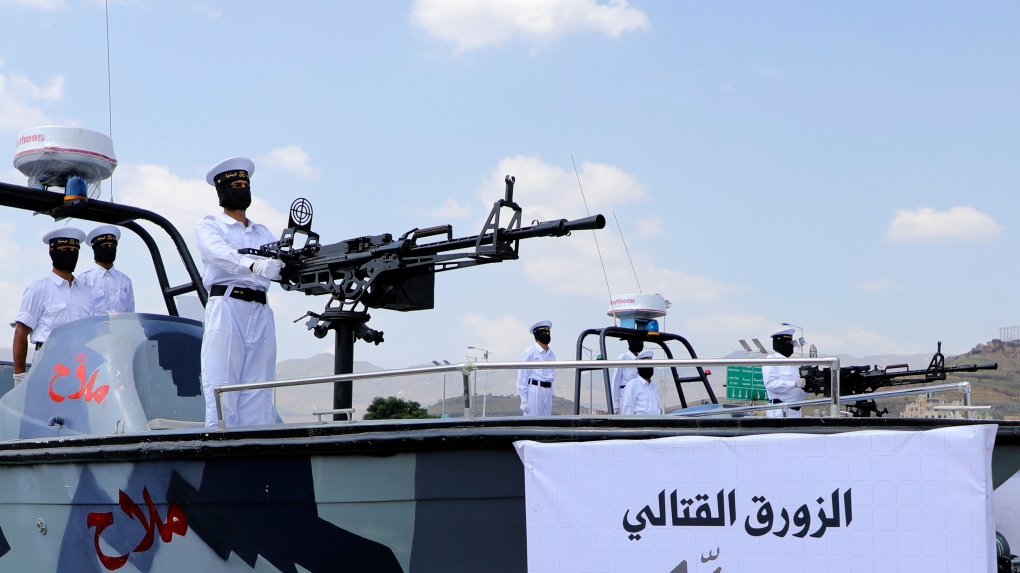 Yemen's warring sides have failed to reach an agreement to extend a nationwide cease-fire, the UN said Sunday, endangering the longest lull in fighting since the country's bloody civil war began.

In a statement, the UN’s envoy to Yemen called on all sides to refrain from acts of provocation as the talks continue, after the deadline of Oct. 2 for extending the agreement was missed.

The UN-backed truce initially took effect in April, and raised hopes for a longer pause in fighting as Yemen’s civil war entered in its eighth year. The devastating conflict began in 2014, when the Iranian-backed Houthis seized the capital of Sanaa and much of northern Yemen and forced the government into exile.

In a statement, UN envoy for Yemen Hans Grundberg said he “regrets that an agreement has not been reached today." He did not call out the Houthis by name for failing to agree to his proposal but thanked the internationally recognized government for “engaging positively” in talks to extend the cease-fire. He called on leaders to continue to endeavour to reach an agreement.

“I urge them to fulfill their obligation to the Yemeni people to pursue every avenue for peace," he said.

On Saturday, the Houthis said that discussions around the truce had reached a “dead-end," and said that they were continuing to advocate for a full opening of the Sanaa airport, and lifting of the blockade on the key port city of Hodeida.

In the hours leading up to the deadline, a Houthi military spokesman threatened international oil companies still working in the country to leave or their facilities would be seized, saying that the fossil fuels belong to the people of Yemen and could be used to pay public servants' salaries.

“Our armed forces are able, with God’s help, to deprive the Saudis and Emiratis of their resources if they insist on depriving our Yemeni people,” Yahia Sarea wrote on Twitter.

April’s truce had originally established a partial opening of the Sanaa airport and the Red Sea port of Hodeida. The ensuing months have seen flights start again from the capital’s airport to Jordan and Egypt. It also called for lifting a Houthi blockade on Taiz, the country’s third largest city. But little progress has been made there, after talks aimed at reopening local roads stalled. Another sticking point is how salaries of public employees will be funded, many of whom have not been compensated for years.

Sunday’s statement came a few days after Grundberg met in Sanaa with the top leader of the Houthis, Abdel-Malek al-Houthi, and other senior officials, who have been pushing for a full opening of the airport. The envoy warned last week that the risk of return to war was a real possibility.

“Millions will now be at risk if airstrikes, ground shelling and missile attacks resume,” said Ferran Puig, country director in Yemen for the international charity Oxfam, reacting to the news of the truce expiring.

Analysts say it remains unclear if further talks could make progress, with Houthis feeling empowered and the coalition fighting them splintered by inter-alliance trouble.

Peter Salisbury, an expert on Yemen with Crisis Group, an international think-thank, said the Houthis have been behaving as if they had more leverage throughout the negotiations, because they were more willing than the other side to return to war.

Compared with forces fighting with the Saudi coalition, ″they run an effective police state and operate a pretty functional and motivated fighting force,’’ he said.

In recent years, the Houthi forces have deployed increasingly effective weaponry against Saudi Arabia and their rivals, including cruise missiles and drones, drawing accusations that their main backer, Iran, is helping the group obtain them.

Meanwhile, cracks within the anti-Houthi coalition have surfaced in the southern provinces. In August, United Arab Emirates-supported militia groups seized vital southern oil and gas fields controlled by other forces fighting with the Saudi-led coalition. Clashes between them and other forces from within the alliance have killed dozens.

But the truce has led to a significant overall lull of direct warfare despite claims of violations by both sides. International charity Save The Children said that the truce had led to a 60 per cent decrease in displacement and a 34 per cent drop in child casualties in Yemen.

AP writer Jack Jeffery and Samy Magdy in Cairo contributed to this report.