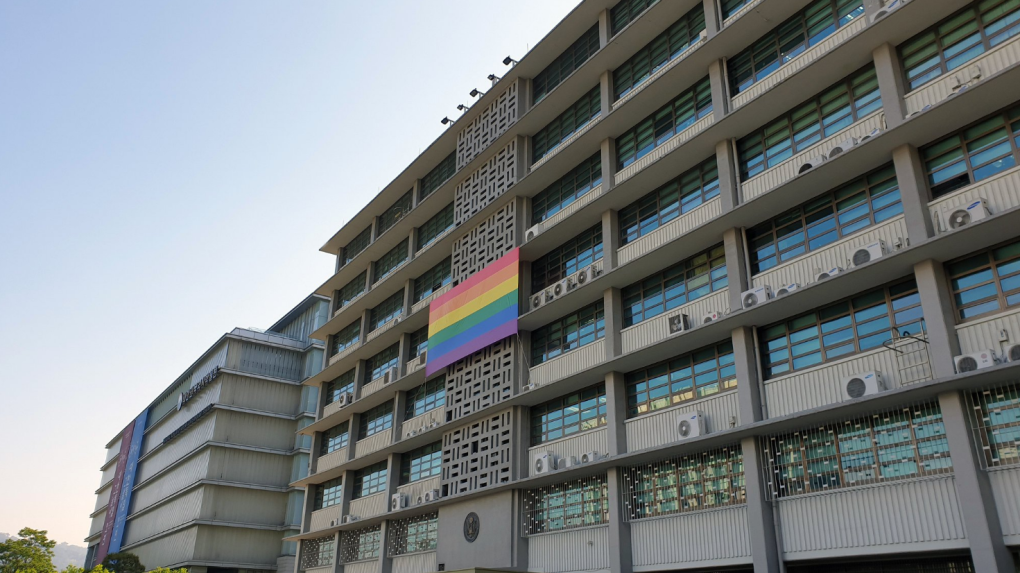 A rainbow flag is prominently displayed above the U.S. embassy in Seoul, South Korea (U.S. Embassy Seoul on Facebook)

The American embassy in South Korea is facing backlash from the country’s conservative and Christian groups for displaying a Pride flag on its building during Pride celebrations in Seoul.

Harry Harris, the American ambassador to South Korea, captioned photos of the flag on Twitter with the words; “LGBTI rights = Human Rights. USA is committed to defending human rights for all, incl LGBTI persons.”

The embassy has displayed a Pride flag in the past to show solidarity with the LGBTQ community in South Korea, but this year’s flag is much larger and more prominent – which has angered conservative Christian groups.

Korean Christian groups and other conservative organizations have a history of violence and anti-gay slander against the LGBTQ community.

At the inaugural Incheon pride parade in 2018, more than 1000 anti-gay protestors, including Christian groups, verbally and physically assaulted the 300 parade attendees.

“Many embassies have taken note of the violence and have decided to step up the pressure on the Korean government,” said Raphael Rashid, a freelance journalist based in Seoul, in a series of messages to CTV News. “In the case of the US, a clever way to up the pressure is through a bigger rainbow flag.”

Although homosexuality is no longer classified as “harmful and obscene” in South Korea, as it was until 2003, discrimination is widespread.

A Gallup Korea poll taken earlier this year found that 56 per cent of Koreans were against legalization of same-sex marriage and 35 per cent supported it, a slight improvement over past numbers.

“The homophobic ‘Christians’ have stepped up their rhetoric in recent years, threatened by the slow but growing acceptance of LGBT in Korea,” said Rashid, who has been following LGBTQ issues in Korea. “They feel threatened by the flag, as it legitimizes the LGBT cause in Korea.”

A 2017 National Human Rights Commission of Korea poll found that 92.6 per cent of LGBTQ people surveyed said they worried about becoming a target for hate crimes.

Currently, South Korea lacks non-discrimination protection in the workplace; protection against hate crime and same-sex marriage and adoption is not legal.

In the background is the roaring sound of a mass prayer by the "Christian" homophobic groups. But they will be in larger numbers tomorrow. pic.twitter.com/0YtjMphsgC