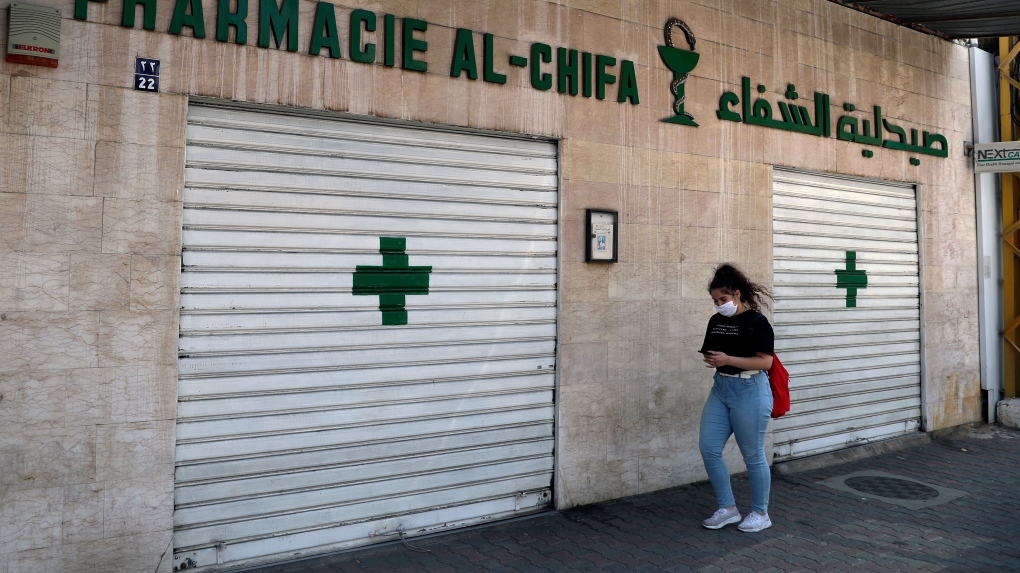 BEIRUT -- Lebanon's currency hit a new low on Sunday, as the country's economic and political crisis worsened with no apparent solutions in the near future.

The currency has lost more than 90% of its value since October 2019, when anti-government protests erupted. Inflation and prices of basic goods have skyrocketed in the country, which imports more than 80% of its basic goods.

The U.S. dollar hit 15,300 Lebanese pounds on the black market, a level not seen since March. The official rate still stands at 1,515 pounds to the dollar.

The latest crash comes as the tiny country suffers severe shortages of vital products including fuel and medicine. Electricity cuts last for much of the day and private generator owners have warned they cannot cover the supply deficit of the state-owned power company.

Political disagreements between President Michel Aoun and Prime Minister-designate Saad Hariri have delayed the formation of a new government. Hariri was chosen for the post in October.

The government of Prime Minister Hassan Diab resigned days after an Aug. 4 blast at Beirut's port that killed 211, wounded more than 6,000 and damaged nearby neighborhoods.

In March 2020, Lebanon defaulted on paying back its debt for the first time in its history.

The crisis is rooted in decades of corruption and mismanagement by the ruling class that has been running Lebanon since 1990 when a 15-year civil war ended.

The World Bank said earlier this month that Lebanon's economic and financial crisis is likely to rank as one of the worst the world has seen in more than 150 years.