Jury to hear opening statements in Potter case this week 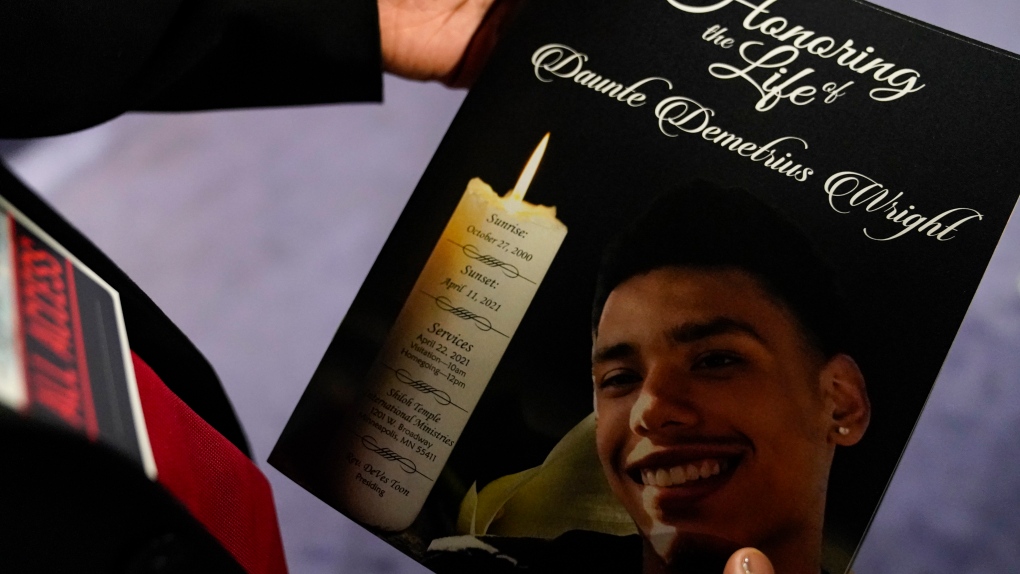 MINNEAPOLIS -- Opening statements loom this week for a white former Minnesota police officer who said she drew her handgun by mistake when she fatally shot Black motorist Daunte Wright, but not before the two sides meet with the judge Monday to finalize jury instructions.

Kim Potter, 49, is charged with first-degree and second-degree manslaughter in Wright's April 11 death in Brooklyn Center, a Minneapolis suburb. Opening statements are scheduled for Wednesday.

Jury instructions are an important part of any case because they tell jurors what the law is and how the facts of the case should be applied to the law, said Mike Brandt, a Minneapolis-area defence attorney who is not connected to the case. Generally speaking, the defence will try to broaden the instructions -- so prosecutors have more to prove -- while the state will try to make the instructions as narrow as possible.

"The broader that the instructions make the burden on the state, the more areas you have to punch holes in it," Brandt said, adding that sometimes the process can be "very contentious."

The instructions will affect how both sides tailor their arguments.

Potter has said she meant to use her Taser on Wright after he tried to drive away from officers while they were trying to arrest him, but that she grabbed her handgun instead. Her body camera recorded the shooting.

A jury of 14 people -- including two alternates -- was selected Friday to hear the case. Nine of the 12 jurors likely to deliberate are white, one is Black and two are Asian. The two alternates are white.

The makeup of the jury is roughly in line with the demographics of Hennepin County, which is about 74% white, but notably less diverse than the jury that convicted former Minneapolis Officer Derek Chauvin this spring in the death of George Floyd.

Legal experts have said juries that are diverse by race, gender and economic background are necessary to minimize bias in the legal system.

Potter, who resigned two days after Wright's death, has told the court she will testify. Body-camera video recorded the shooting, with Potter heard saying, "Taser, Taser, Taser" before she fired, followed by, "I grabbed the wrong (expletive) gun."

Wright, 20, was shot as Chauvin was standing trial 10 miles (16 kilometres) away for killing Floyd. Wright's death sparked several nights of intense protests in the suburb.

The most serious charge against Potter requires prosecutors to prove recklessness; the lesser requires them to prove culpable negligence. Minnesota's sentencing guidelines call for a sentence of just over seven years on the first-degree manslaughter count and four years on the second-degree one. Prosecutors have said they would seek a longer sentence.