SASKATOON -- Amid ongoing fuel and financial crises in Lebanon, deadly clashes have broken out between police and Hezbollah-allied protesters who are calling for removal of a judge leading the investigation into the massive explosion at Beirut's port in 2020.

With at least at least six people killed and dozens wounded in the latest clashes Thursday, authorities say it’s the most protracted and violent street fighting Beirut has seen in years.

The backdrop for the violence is both an unprecedented crash of the national currency and a crippling energy crisis. Since the country’s two main power plants were shut down on Saturday, Oct. 9, the ongoing erratic supply of electricity has put hospitals and essential services in crisis mode.

These are some of the latest photos of the turmoil in Lebanon. Lebanese army soldiers can be seen surveying the aftermath of deadly clashes which erupted along a former 1975-90 civil war front-line between Muslim Shiite and Christian areas in the Beirut neighbourhood of Ain el-Remaneh on Thursday, Oct. 14, 2021. It was not immediately clear what triggered the gunfire, but tensions have been high. (AP Photo/Bilal Hussein) 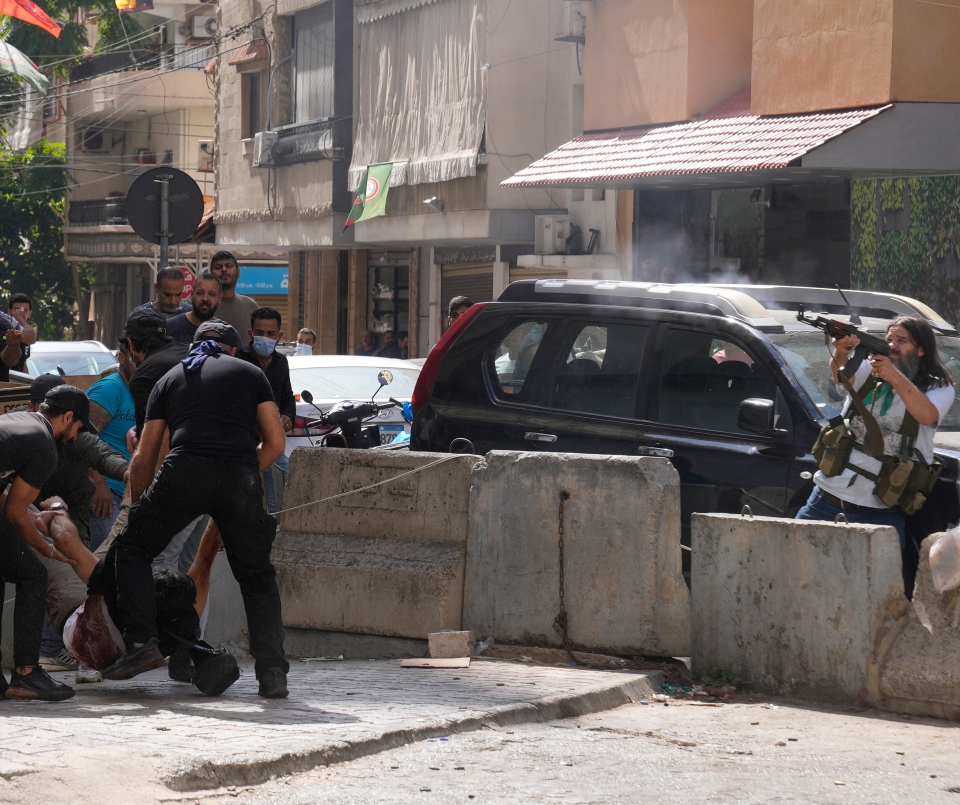 Earlier in the day, supporters of a Shiite group allied with Hezbollah were seen helping an injured comrade during armed clashes that erupted during a protest in the Beirut suburb of Dahiyeh. (AP Photo/Hassan Ammar) 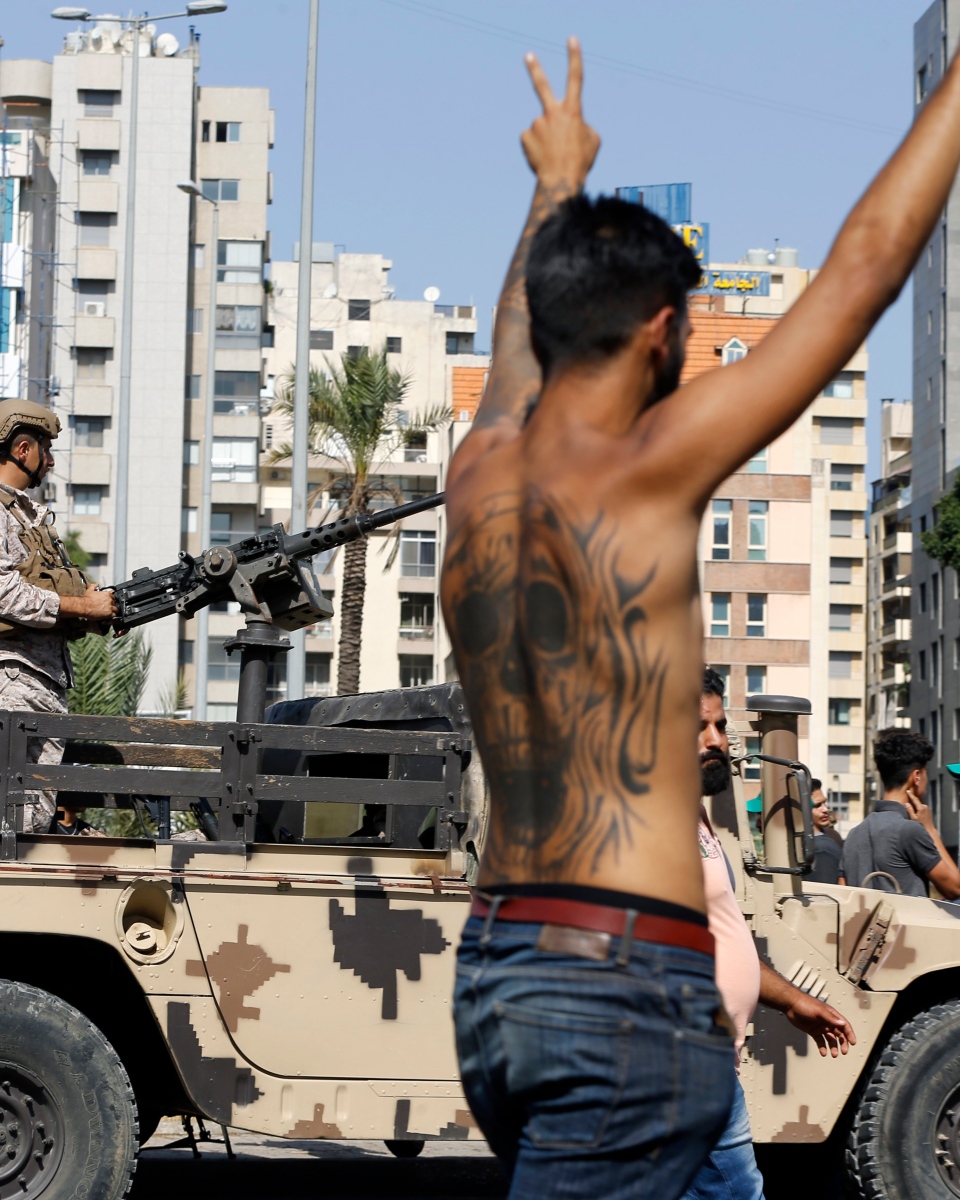 An army soldier stands on a vehicle as a supporter of the Shiite Hezbollah flashes the victory sign during armed clashes in the Beirut suburb of Dahiyeh on Thursday, Oct. 14, 2021. (AP Photo/Bilal Hussein) In this image from Thursday, Oct. 14, a man can been seen running to take cover as supporters of a Shiite group allied with Hezbollah fire weapons during armed clashes. (AP Photo/Hassan Ammar) 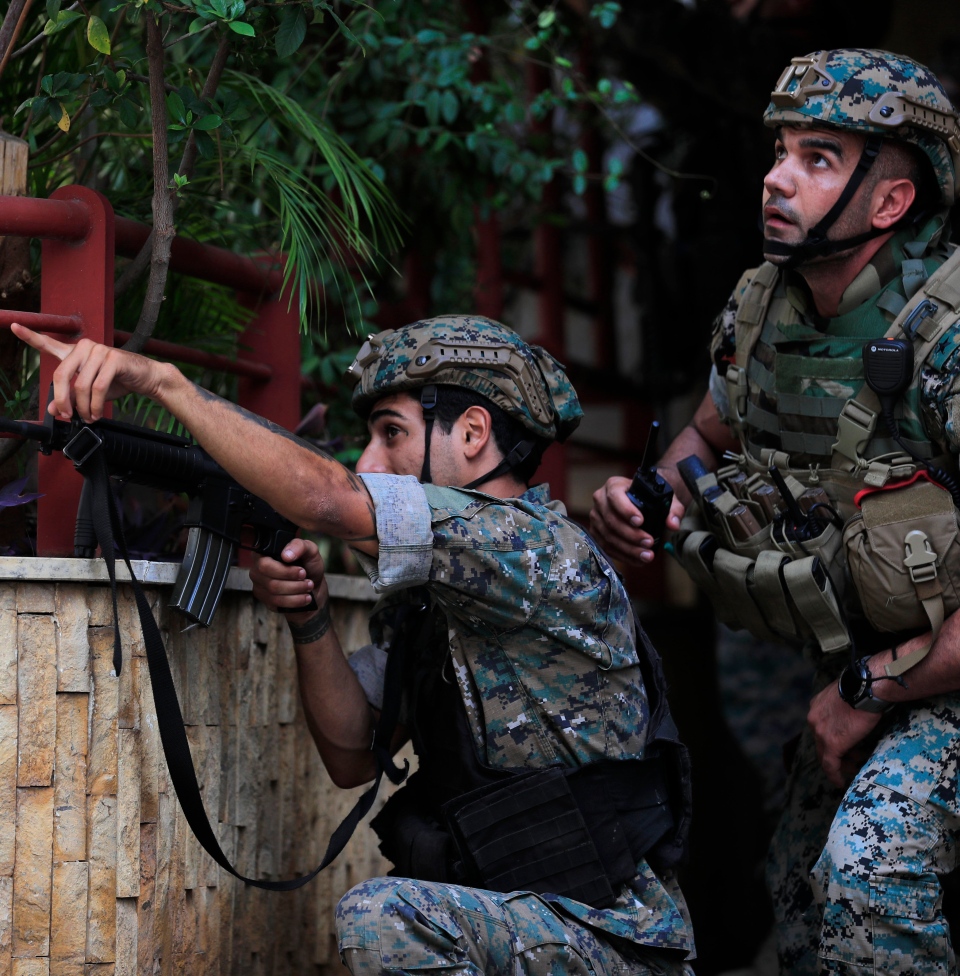 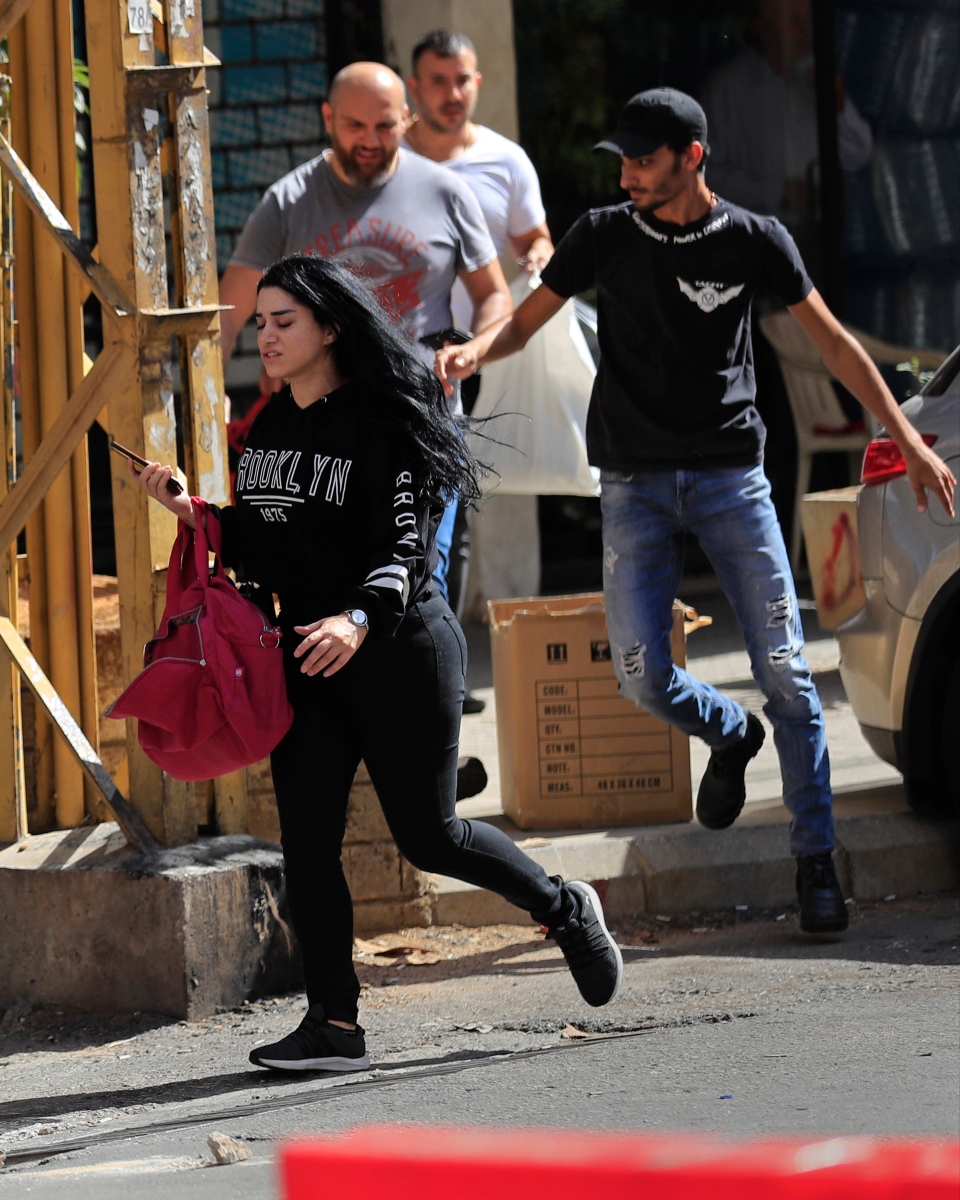 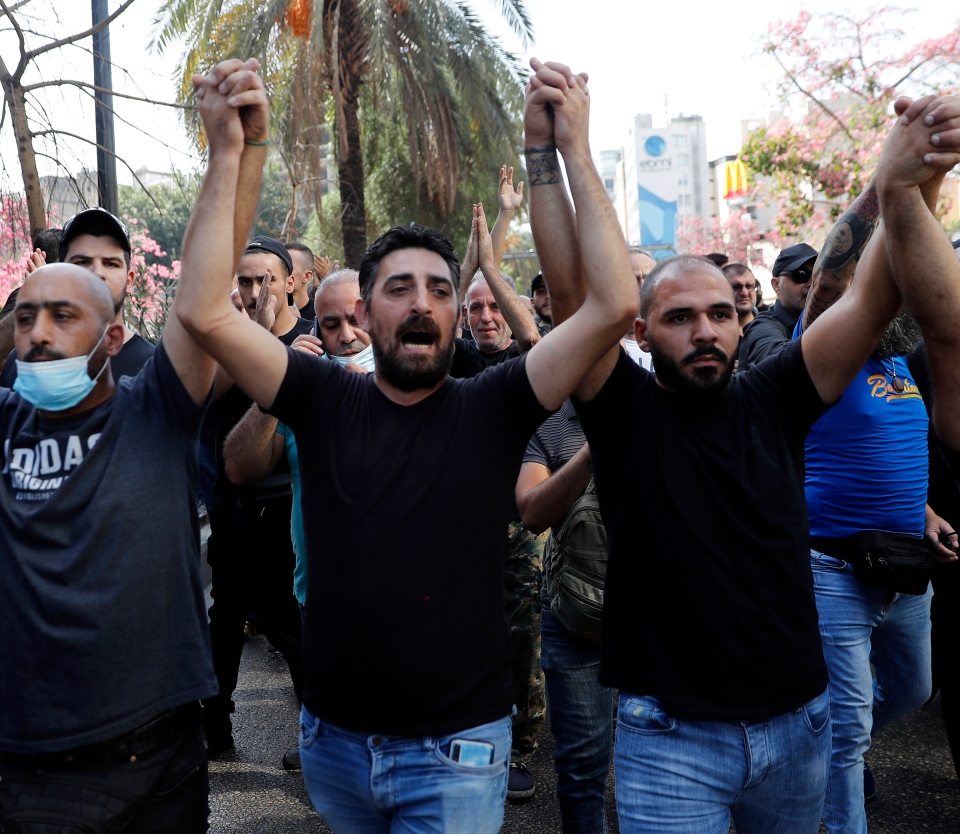 Much earlier in the day before violence broke out, supporters of the Shiite Hezbollah and Amal groups protesting in front of the Justice Palace in Beirut, were seen chanting slogans against Tarek Bitar, the judge who is investigating last year's deadly seaport blast. (AP Photo/Hussein Malla) 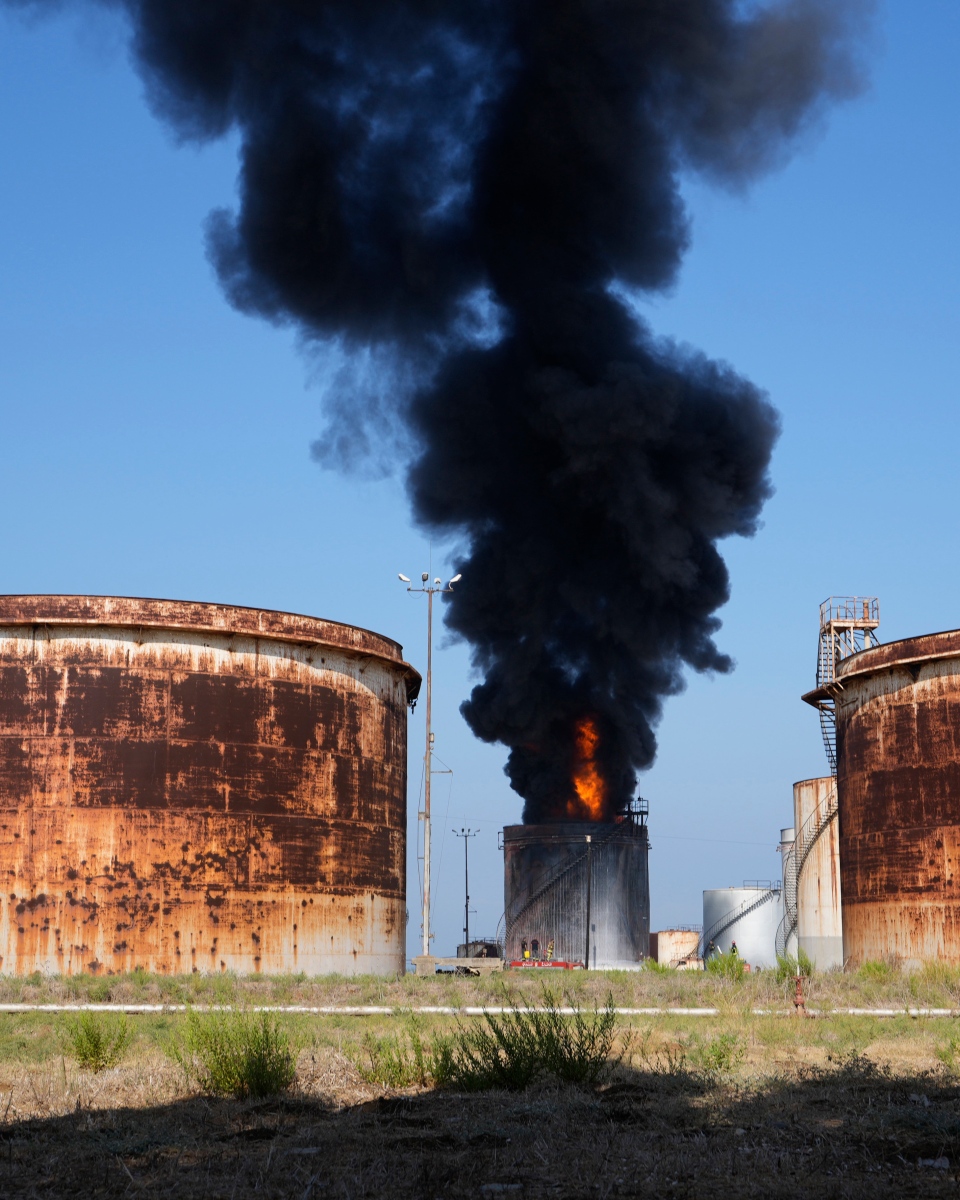 On Monday, firefighters eventually extinguished this huge fire at an oil facility in Zahrani, just south of the port city of Sidon, Lebanon. The cause of the fire is still unclear. Several days before, the state electricity company said that Lebanon's two main power plants were forced to shut down after running out of fuel, leaving the small country with no government-produced power. (AP Photo/Hassan Ammar) 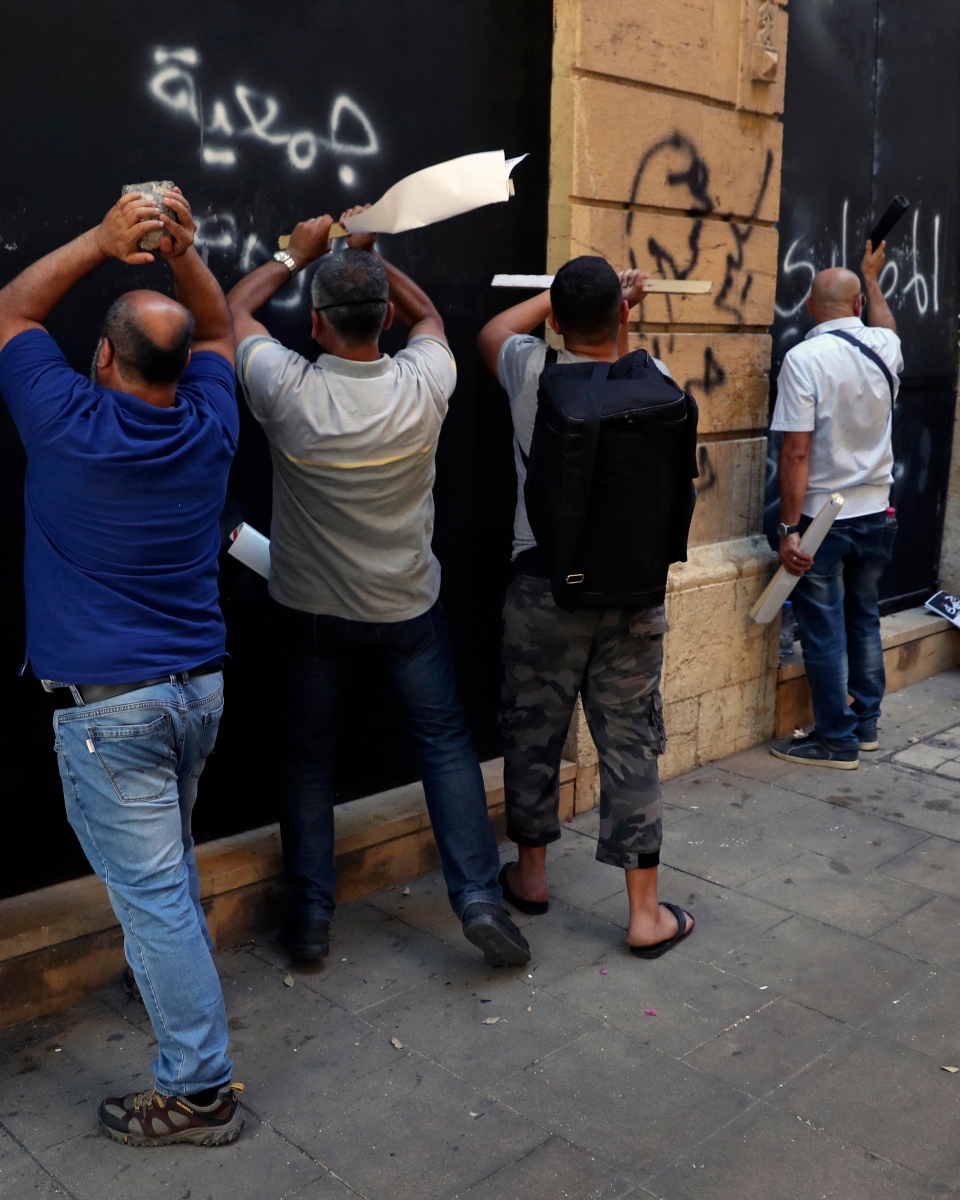 On Wednesday, Oct. 6, 2021, dozens of Lebanese bank customers were seen banging on the metal walls of a bank in downtown Beirut. Several of them clashed with riot police after attempting to enter the bank by force. Dozens had gathered there demanding that they be allowed to withdraw their deposits that have been blocked amid Lebanon's severe financial and economic crisis. (AP Photo/Bilal Hussein) 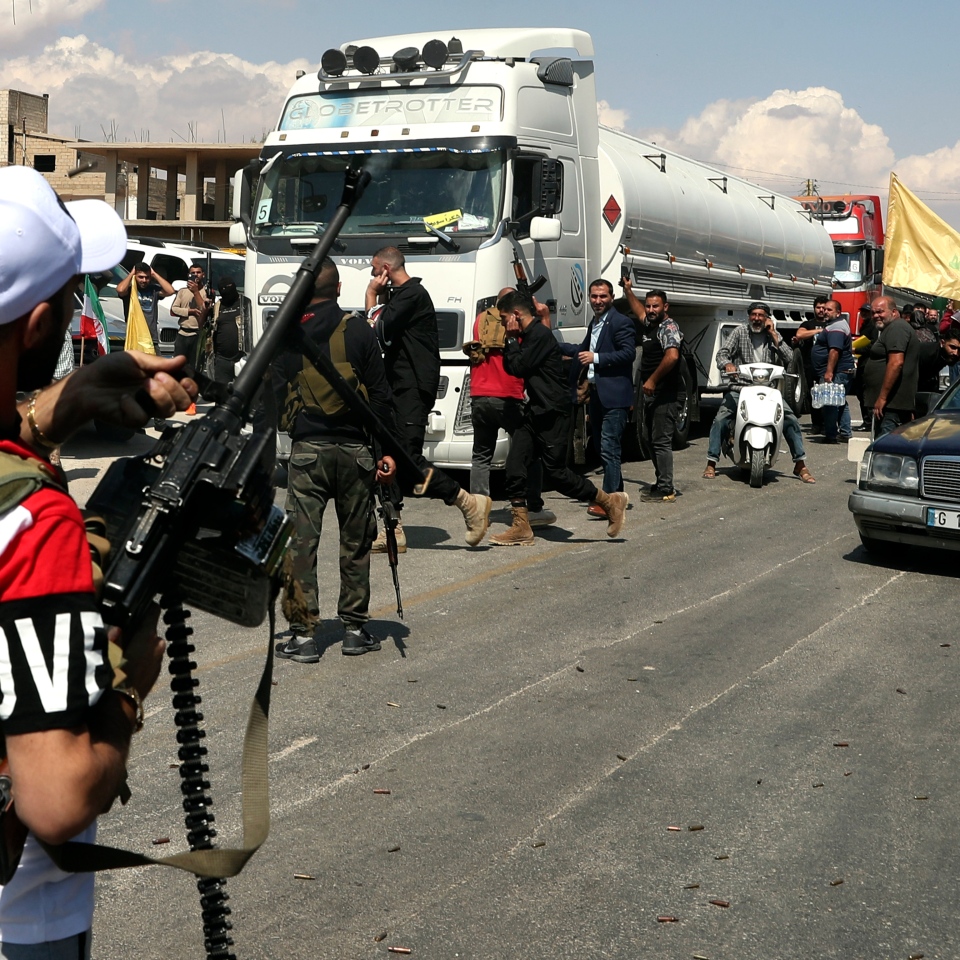 A Hezbollah supporter fires in the air to celebrate the arrival of Iranian fuel tankers in the eastern town of Baalbek, Lebanon on Thursday, Sept. 16, 2021. The delivery violates U.S. sanctions imposed on Tehran, after former U.S. President Donald Trump pulled America out of a nuclear deal between Iran and world powers three years ago. On Oct. 11, Lebanon's Hezbollah chief Sayyed Hassan Nasrallah repeated calls for the cabinet to seek a U.S. sanctions waiver to import Iranian fuel and alleviate crippling shortages. (AP Photo/Bilal Hussein) 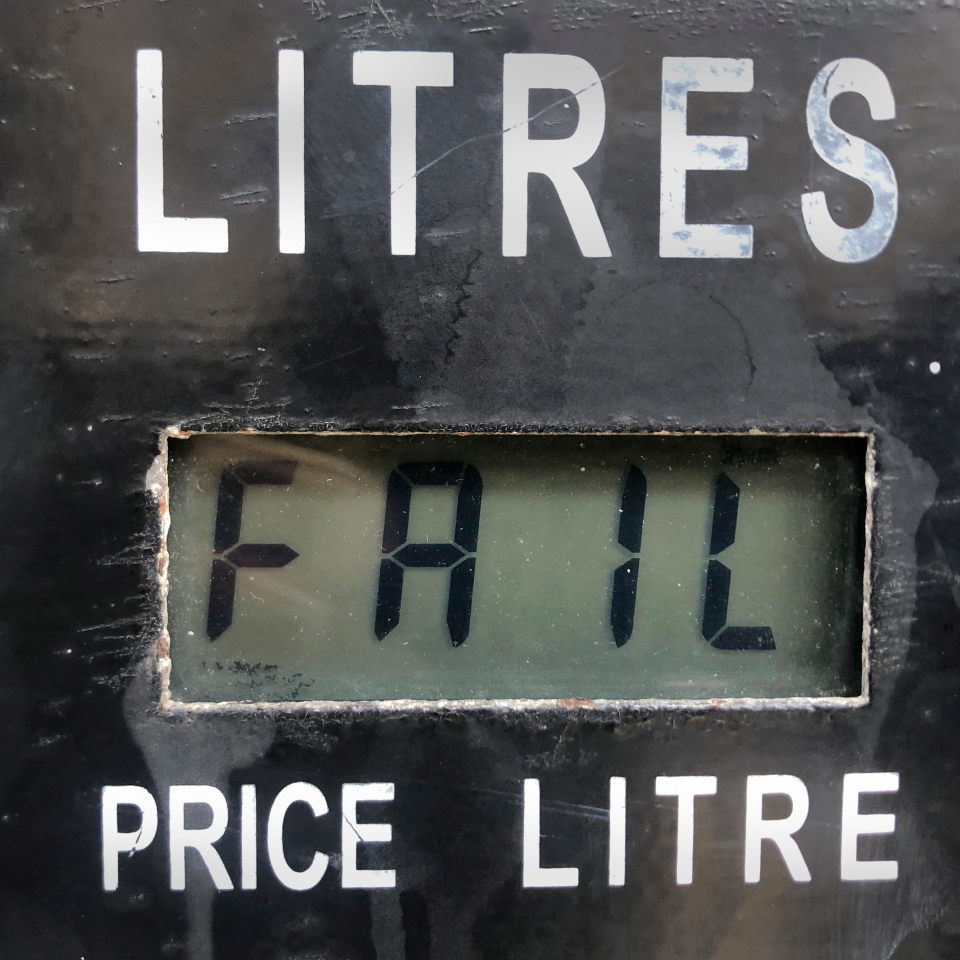 On Wednesday, Sept. 22, 2021, a screen on a gasoline pump in Beirut reads, "Fail," after the latest increase in fuel prices, with most gas stations unable to accommodate the new five-digit price for one litre of gas. The technical problem forced most gas stations to shut down, despite the long queues of vehicles waiting to fill up their tanks. Last month, the Lebanon's new government twice raised the price of fuel as part of a gradual lifting of subsidies in the crisis-struck country. (AP Photo/Hussein Malla) 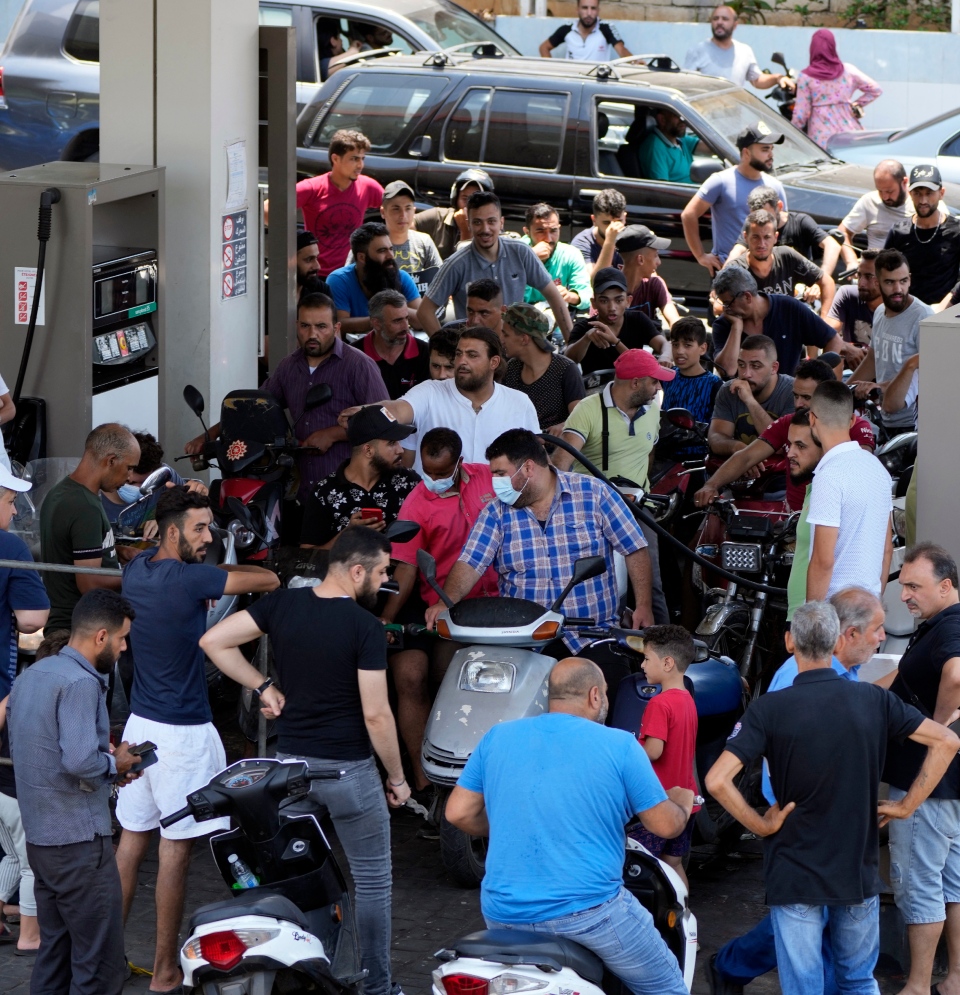 In this June 27, 2021 file photo, motorcycle drivers wait to get fuel at a gas station in Beirut, Lebanon. A month after this photo was taken, on Aug. 9, 2021, at a gas station in northern Lebanon over scarce fuel supplies there was a fight with knives and guns that killed one man, the country's news agency said. (AP Photo/Hassan Ammar, File) 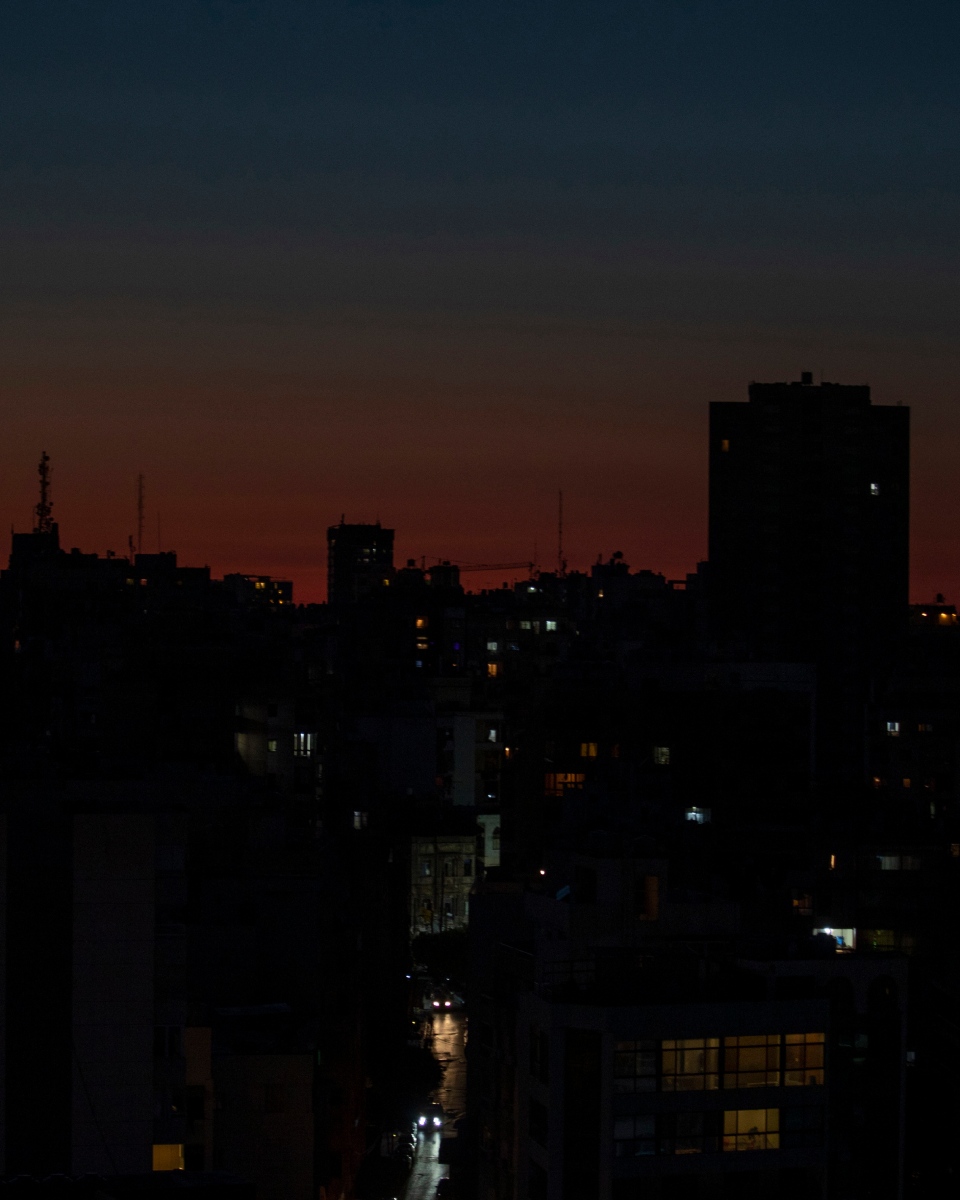 This Monday, March 29, 2021 file photo of Lebanon’s capital city of Beirut in darkness has been the scene multiple times this year amid blackouts. (AP Photo/Hassan Ammar, File)