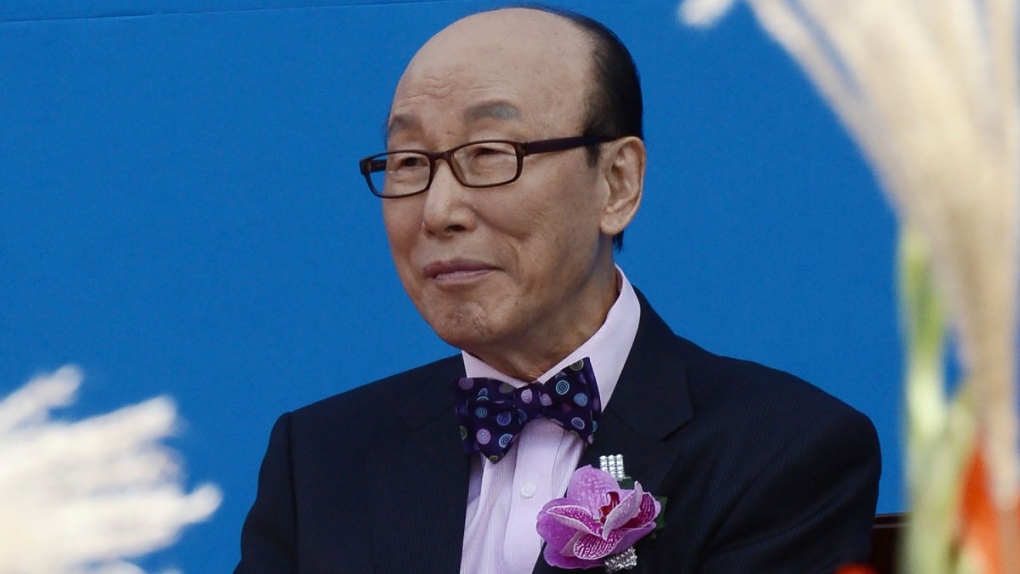 Rev. Cho Yong-gi attends Grand Prayer Rally for Peace of the Korean Peninsula and for the Hope of the World Church at the World Cup Stadium in Seoul, South Korea, on Oct. 11, 2013. (Hong Chan-sun / Newsis via AP)

David Cho Yong-gi, a South Korean pastor who founded one of South Korea's largest and most popular megachurches died on Tuesday morning, his church said in a news release.

Cho had been hospitalized since a collapse in June 2020, and died in Seoul after suffering a brain hemorrhage. He was 85.

Cho founded the Yoido Full Gospel Church in 1958, which grew to be among the world's largest churches with more than 480,000 attendees per week, according to Leadership Network, an international organization of church leaders.

Yoido has more than 500 church locations across South Korea, and has sent thousands of missionaries to different countries over the years, according to the church's news release. Cho himself has participated in religious rallies and movements in 71 countries, said the release.

Born in 1936, Cho lived through the Korean War, during which he served as an interpreter between his school principal and the U.S. military commander, the church said in its release.

In his second year of high school, he was diagnosed with pulmonary tuberculosis and told he would not live much longer. During this time he turned to Christianity, a decision he would later credit with his "miraculous" recovery, according to the church.

Cho's recovery prompted him to enroll in the Full Gospel Theological Seminary, and he established the Yoido church after graduating. The church began as just five members gathered under a tent in Seoul, according to the church's website.

South Korea has one of the world's most vibrant Christian -- especially Protestant -- cultures, with conversion gaining momentum in the mid- to late 20th century.

Minority Christian sects, as well as megachurches, boomed in the years following the end of the Korean War -- and Yoido became perhaps Korea's best-known representative, boasting more than 700,000 members by 1993, according to the news release.

Those numbers continued skyrocketing as the church went international, expanding to include a giant mountainside retreat in South Korea's Gyeonggi Province and a Christian university Cho founded in California. The church also established an international arm, headed by Cho, to connect with pastors and church leaders from 25 other countries, according to its website.

But he was also frequently the subject of controversy and scandal. In 2014, he was found guilty of embezzling US$14 million in church donations to buy stocks owned by his son, at four times their market value, according to Reuters.

Cho's wife died in February this year. The couple leave behind three sons.

Almost a year since the first reported discovery of a burial site at the former Kamloops Indian Residential School, the federal government provided an update on the promises it has made since to 'lift up the truth,' many of which are still a work in progress.