Boris Johnson seeks to stay in power in U.K. until the mid-2030s

Boris Johnson seeks to stay in power in U.K. until the mid-2030s 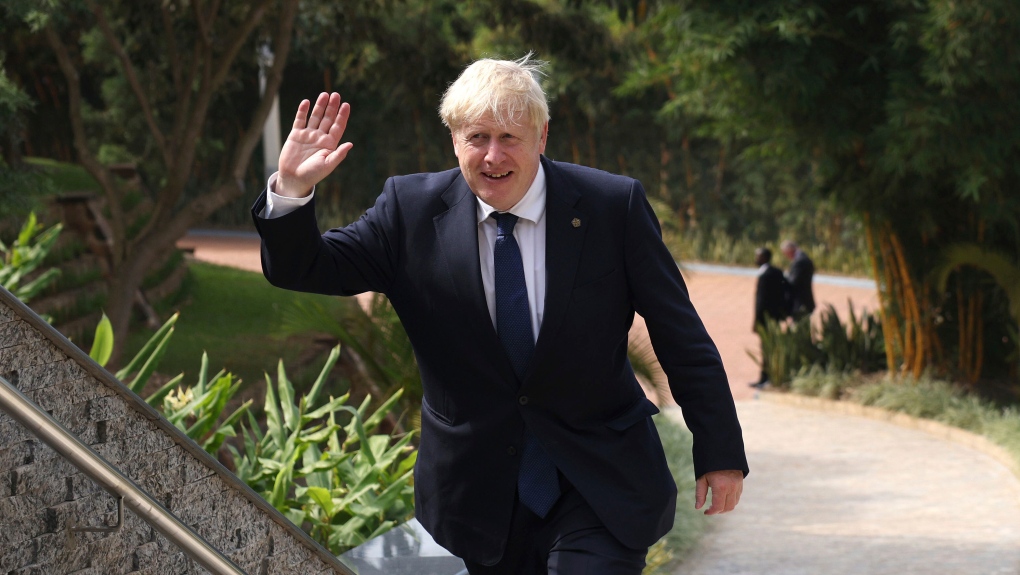 British Prime Minister Boris Johnson said on Saturday he aims to remain in power until the middle of the next decade, despite calls for him to quit, which would make him the country's longest continuously serving leader in 200 years.

Earlier this month, Johnson survived a vote of confidence by Conservative lawmakers in which 41% of his parliamentary colleagues voted to oust him, and he is under investigation for intentionally misleading parliament.

On Friday Conservative candidates lost two parliamentary by-elections held to replace former Conservative incumbents who had to step down, one after being convicted of sexual assault and the other for watching pornography in the House of Commons.

The by-election defeats suggest the broad voter appeal which helped Johnson win a large parliamentary majority in December 2019 may be fracturing after a scandal over illegal parties held at Downing Street during coronavirus lockdowns.

Under Conservative party rules, its lawmakers cannot formally challenge Johnson for another year, but overwhelming dissatisfaction or resignations by a series of senior ministers could make his position untenable.

Britain is also in the midst of its deepest cost-of-living crisis in decades, with inflation at a 40-year high.

However, Johnson said he wanted to serve a third term in office and remain as prime minister until the mid-2030s to give him time to reduce regional economic disparities and make changes to Britain's legal and immigration systems.

"At the moment I am thinking actively about the third term and, you know, what could happen then. But I will review it when I get to it," Johnson told reporters in Rwanda on the final day of a visit for a Commonwealth summit.

Johnson must call Britain's next national election by December 2024, and would need a third election victory by 2029.

If he was still in office beyond early 2031, he would beat Margaret Thatcher's record as the longest continuously serving British prime minister since Robert Banks Jenkinson, the Earl of Liverpool, who was in office from 1812 to 1827.

NO CHALLENGE, NO CHANGE?

Johnson told reporters that he did not expect to have to fight another internal challenge from within his party, and blamed the by-election defeats partly on months of media reporting of lockdown parties at the heart of government.

Earlier on Saturday, Johnson told BBC radio he rejected the notion that he should change his behavior.

"If you're saying you want me to undergo some sort of psychological transformation, I think that our listeners would know that that ... is not going to happen."

Johnson refused to comment on a report in The Times newspaper that he had planned to get a donor to fund a 150,000-pound ($184,000) treehouse for his son at his state-provided country residence.

The story comes months after his party was fined for failing to accurately report a donation which helped fund the refurbishment of his Downing Street apartment.

"I'm not going to comment on non-existent objects," Johnson said when asked if he planned to use a donor's money to build the treehouse.

An Ontario mayor had some harsh words for protestors who attempted to place local police officers under arrest Saturday.

Much of the B.C.’s South Coast is under a heat warning with temperatures expected to soar.