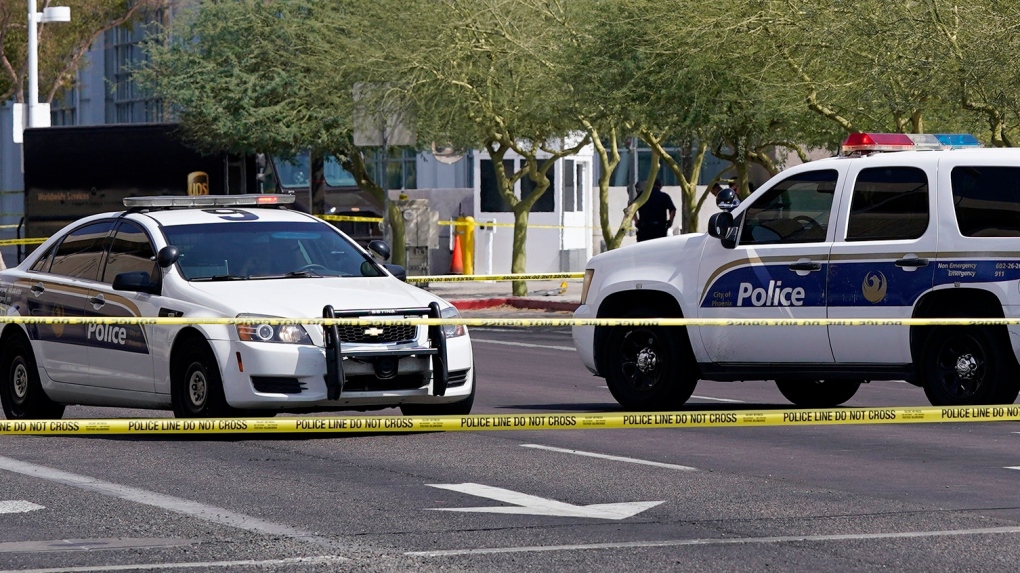 The scene at Thompson Ranch Elementary School developed nearly three months after hundreds of law enforcement officers in the small Texas city of Uvalde failed to act for more than an hour as a gunman killed two teachers and 19 students.

No shots were fired at Thompson Ranch, the school wasn't breached and no one was hurt, other than a woman taken to a hospital with Taser injuries from officers who say they were trying to stop her from attacking them.

By the time the confrontations with the upset parents began, police had already confirmed that there was no longer a threat, removed a suspicious package and were planning to begin reuniting parents with the children, El Mirage police Lt. Jimmy Chavez said.

But the school was still on lockdown, meaning no one would be allowed on campus, according to the protocols police and the school district have set up. That's when upset parents demanded to be allowed into the school so they could find their children and began confronting police, authorities said.

“Several parents continued with their agitation, made several statements that they were going to come on campus to help protect their kids,” Chavez said. “As a parent I understand that philosophy. However, there are procedures that law enforcement and the school were following.”

Chavez said a man began pushing to get past officers and as police were arresting him, a man and a woman who had also been confronting officers came to his aid. Officers used a Taser to subdue them and they too were arrested. As the first man was being taken into custody, a gun fell to the ground.

The armed parent will face a weapons charge — guns are not allowed on school grounds — and a disorderly conduct charge. The two parents who were stunned with the Taser will face unspecified charges. The woman was taken by ambulance to a hospital, Chavez said. None were immediately identified.

The incident began at about 10:30 a.m. Friday when school officials called police to report that a man, possibly armed with a gun, was trying to get into a locked school building. He could not get in and was chased off by staff before police from El Mirage and two other agencies arrived at the school, Chavez said.

Officers searching the school to ensure it was safe found a suspicious package and called a bomb squad, Chavez said, and moved some children to another part of the campus.

That's when parents began arriving and the confrontations with officers began, with parents "forcefully pushing on the officers trying to get on to campus."

“The parents need to understand that when the school is on lockdown and law enforcement is on scene, nobody is going to be allowed on campus,” Chavez said.

Chavez said the school lockdown procedures between the school district and law enforced “worked to a T.”

Police later located the man who had triggered the lockdown. He was being evaluated late Friday by mental health professionals and a police statement said charges were pending.,

Efforts to reach El Mirage Police Saturday to get additional information were not immediately successful.

Rent support, dental cheques would be 'eviscerated' by inflation: Conservatives

Liberal payments for dental care and rental housing will only add to inflation, without providing relief from the rising cost of living, Conservative MPs argued in the House of Commons on Monday.