TORONTO -- From holding hands to kissing one another, U.S. President Joe Biden and first lady Jill Biden put on an affectionate display during Wednesday’s inauguration.

The couple, who have been married for 40 years, were not shy about showing their love for one another during the celebrations, according to image consultant and life coach Michele Charles Gustafson.

Charles Gustafson told CTVNews.ca on Thursday that the "warmth" seen between the Bidens was a "distinct contrast" from what the public has previously seen between former president Donald Trump and Melania Trump.

Charles Gustafson said in a telephone interview on Thursday that the Bidens expressed "a lot of care" and respect for one another, while the Trumps displayed what some would consider standoffish behaviours.

"With a comparison on the same day of cool and aloof and standoffish… versus the warmth and the care and the compassion, it's a stark difference. You can't tell the source of the depth of a connection between a couple, but the body language doesn't lie. You know [the Trumps] is not the same connection as say Joe and Jill," Charles Gustafson said.

Speaking from Lloydminster, Alta., Charles Gustafson said the Bidens expressed their adoration for one another through hand-holding, touching one another’s shoulders, and kissing, in addition to how close the kept their faces to each other.

She added that the Bidens' eye contact was also telling about their relationship.

"Even in the midst of everything that was going on there was a lot of warmth, a lot of care, even I would go as far to say a lot of gratitude for each other which most people wouldn't catch but it's really, really in the eyes and in the eye contact," Charles Gustafson said. 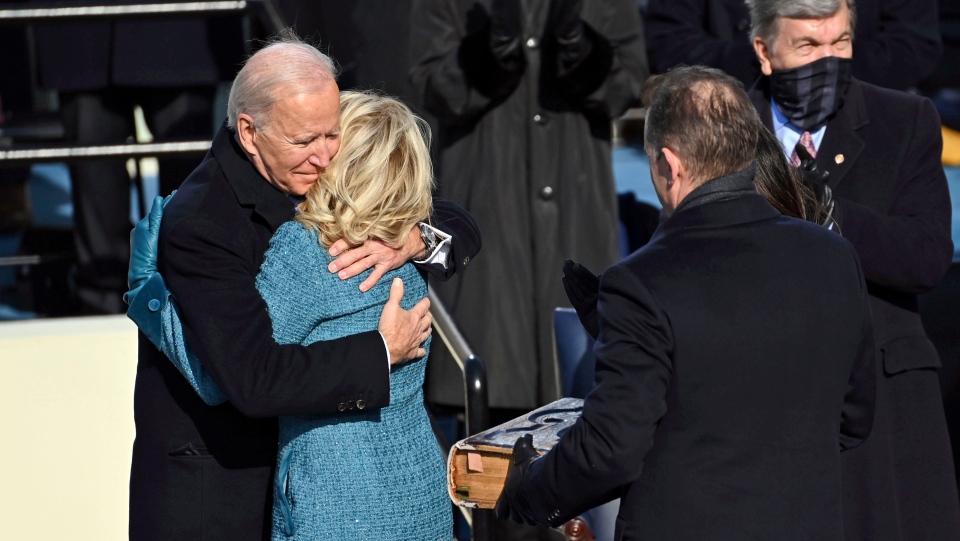 When Joe was speaking about or to Jill, he would look directly at her, making eye contact. However, Charles Gustafson said he also went beyond that.

"Yes, he looks her in the eye, but it's not just looking at her, he looks into her. The eyes soften when he sees her, when he speaks about her, the corners of the eyes soften. That can't be faked, that is genuine love," she said.

Charles Gustafson said "body language does not lie" and while she noted that some gestures, such as the placement of arms or the position of one’s body, can be manipulated, she says eye contact and eye use are the "number one teller in body language."

While Charles Gustafson acknowledged that she does not know the specifics of each relationship, she said the displays of body language from the Bidens were noticeably not the same as the Trumps'.

"If we contrast that to Melania and Trump, there is no eye contact, there is no pausing at the eyes when he speaks about her. So even in just that contrast says a lot," she said, adding that it was the same chilly demeanour between the two that America has seen over the last four years.

During his departure ceremony at Joint Base Andrews on Wednesday morning, Donald Trump only glanced at Melania Trump when he spoke about her, using his arm to gesture that she was standing near him. The couple also stood a distance apart when talking to reporters while leaving the White House, only grabbing each other’s hands to walk across the lawn.

There have also been a handful of incidents over the years where video footage showed Melania reportedly pulling her hand away from her husband's. 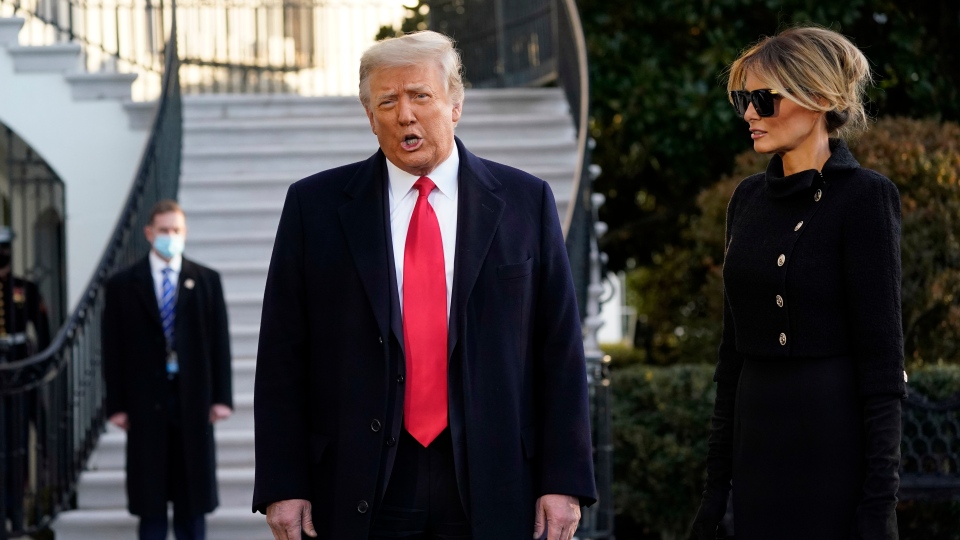 WHAT JOE AND JILL'S BODY LANGUAGE SHOWS TO AMERICA

Charles Gustafson says the "extreme amount of warmth" between the Bidens not only shares clues about their connection, but also shows the types of values the two may take with them into their new leadership roles.

"What [body language] displays is the sense of authentic, genuine, care and compassion for each other, which then begs the question to the viewer, the ones who are picking up on it whether they know it or not, is would that care in that most cherished relationship be the care I would receive from that leader?" Charles Gustafson said.

"That is a superpower, to be able to communicate that care by just being who you are, that then it communicates it to a wider audience."

Charles Gustafson noted that Joe and Jill likely didn’t realize the extent of the body language they were communicating to one another as they were "being themselves."

She added that being able to expand that communication so others take notice is a "huge deal." 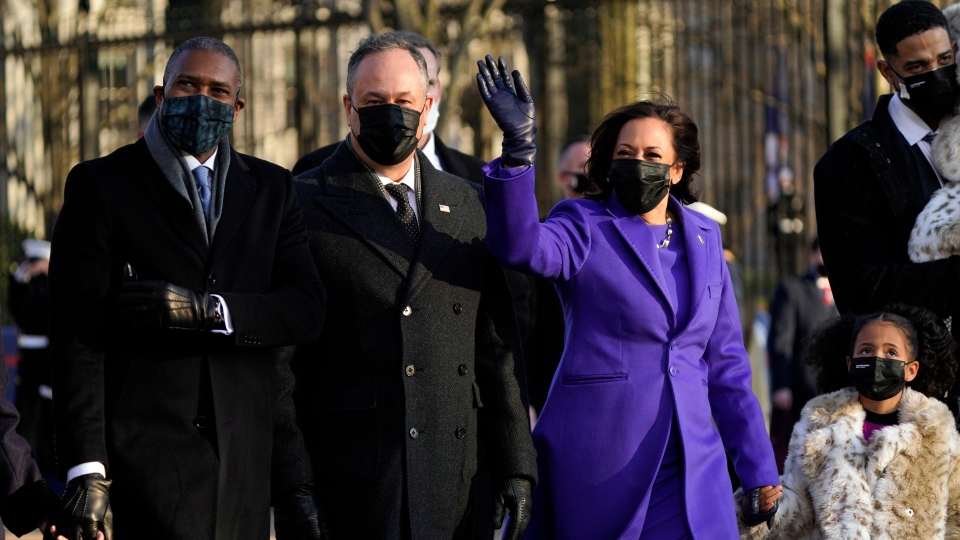 While there was a similar showing of care and adoration between Harris and her husband Doug Emhoff, Charles Gustafson says the moment was more about the barriers Harris was breaking through.

Charles Gustafson said Harris showed subtle clues of this throughout the inauguration including looking up a lot, as if to say she was grateful to some sort of higher power, as well as engaging in friendly hand waves that appeared more regal than that of a wave between friends.

Charles Gustafson added that that demeanour will likely follow Harris into the White House and will show in how she carries herself in the role of VP.

"I think that will be part of her leadership. Her [body language said] 'I'm here in this situation, I know how big it is and I'm ready to do the work'," Charles Gustafson said.