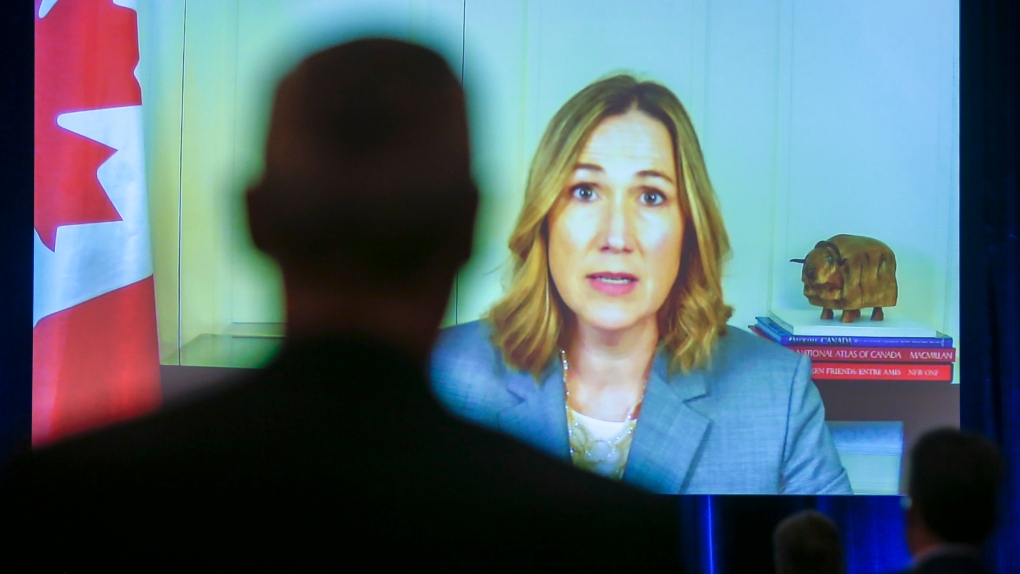 OTTAWA -- Regardless of the outcome of the U.S. presidential election, Canada’s focus on fighting the COVID-19 pandemic won’t be altered, according to Canada’s Ambassador to the United States Kirsten Hillman.

While the U.S. election results trickle in with the race too close to call, Hillman says she’s confident Canada will be able to preserve Canadian interests regardless of who is in the White House -- and right now, priority one remains the fight to control the spread of the novel coronavirus.

“Canadian interests right now are focused on fighting COVID-19, fighting the pandemic, protecting our communities, maintaining the health of Canadians, supporting workers, supporting businesses, and you know, trying to get our economy back on track,” she said.

Cases continue to surge across Canada, but the total pales in comparison to the number of infections and deaths that the United States has seen. The border between the two countries remains closed to most, as it has since the pandemic hit in March.

Hillman says that so far there has been “very effective management” of the border and ensuring critical supplies like personal protective equipment can flow between Canada and the United States.

U.S. President Donald Trump and Democratic candidate Joe Biden ran their campaigns on very different COVID-19 messages, with Trump largely downplaying the global health crisis and lamenting the focus on the deadly virus and Biden pledging to shut down the virus without shutting down the economy.

The ambassador said the cross-border work on the health crisis continues daily, and will in the days coming.

“This administration is in the White House now and they will be until and unless there's a change, and then we will be pursuing those same Canadian interests, either with the second term Trump administration or with a Biden administration,” Hillman said.

Prime Minister Justin Trudeau also noted on Tuesday how COVID-19 is playing in to the U.S. election, not only in how the campaign and voting process were carried out, but in drawing battle lines between Americans based on Trump’s response to the pandemic.

“We were extremely lucky in Canada, that all different orders of government and for the most part political parties worked together to be there to support Canadians,” Trudeau said, on a day where the new COVID-19 cases still continue to rise and various levels of politicians grapple with the appropriate balance of health restrictions and business supports.

“In the United States, we saw that there was significant political debate around how to engage best with COVID-19 and obviously, that is something that is at play in this election,” he continued.

Hillman also encouraged Canadians watching the results roll in to be patient.

In several states all results could take days to be tallied due to the historic increase in advance and mail-in voting seeing across the country due to the pandemic.

“As many people have been saying, this may be something that takes more than today, more than tomorrow, maybe a little while before we know what the ultimate and final results of the election are,” Hillman said. “There's a lot of votes yet to be counted.”

How long could it take before we know who won the U.S. presidential election?

Explaining U.S. election calls: A closer look at the state of Arizona

Retailers that boarded up stores are in limbo as the U.S. vote count drags on