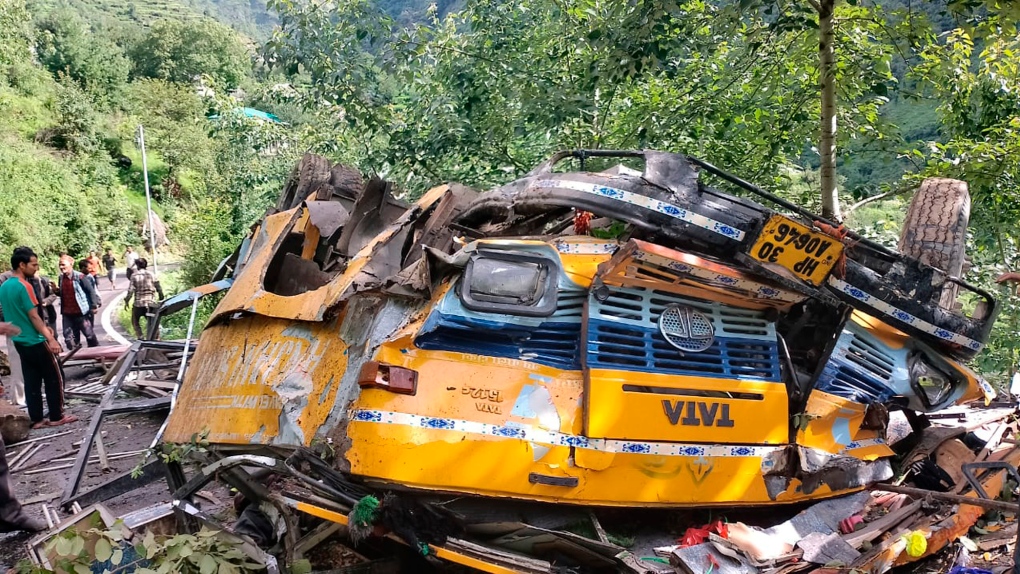 A passenger bus slid off a mountain road and fell into a deep gorge in northern India on Monday, killing 16 people, including schoolchildren, a government official said.

Rescue workers pulled out the badly injured from the wreckage of the vehicle and sent them to a hospital, Ashutosh Garg, a senior administrator for the district of Kullu in Himachal Pradesh state, told news agency Press Trust of India.

Another official, Prashant Sirkek Singh, said about 20 passengers were travelling in the bus.

Photos shared on social media showed responders trying to rescue survivors from the mangled hulk of the yellow bus. The exact cause of the crash was not immediately known.

Deadly road accidents are common in India due to reckless driving, poorly maintained roads and aging vehicles. More than 110,000 people are killed every year in road accidents across India, according to police.

Quebec Cardinal Marc Ouellet is accused of sexual assault in documents tabled in Superior Court Tuesday related to a class-action lawsuit against the Roman Catholic Archdiocese of Quebec. The allegations against Ouellet are part of a series of claims made against clergy members that are included in two class-action lawsuits against the church that have been authorized by a judge.