Walking through the small bungalow in Truro, N.S., there are signs of three-year-old Dylan Ehler everywhere; his job chart on the wall, his drawings, his photographs. The rambunctious little boy’s bedroom is still set up and waiting for him to come home.

Dylan vanished, almost without a trace from his grandmother’s backyard on May 6, 2020. Every moment since then has been agony for his mother, Ashley Brown and his father, Jason Ehler.

Pointing to a pile of wrapped gifts in the living room, Jason says, “Those are all Dylan’s Christmas presents, birthday presents and my presents. I won't open a present again until he's found. Dylan is still missing. There is no god. I prayed so many times. There's just nothing.”

Anyone who has ever lost sight of their child, even for just a fraction of a second, knows the terror that sets in. Jason and Ashley have been living with that excruciating feeling for the past 18 months. With tears streaming down her face, Ashley says, “We don't know if he was taken. We don't know if he drowned. We don't know if he's alive. We are just stuck in limbo.”

The only evidence ever found is Dylan’s rubber boots, discovered six hours after his disappearance, submerged in a brook behind his grandmother's neighbour's house. 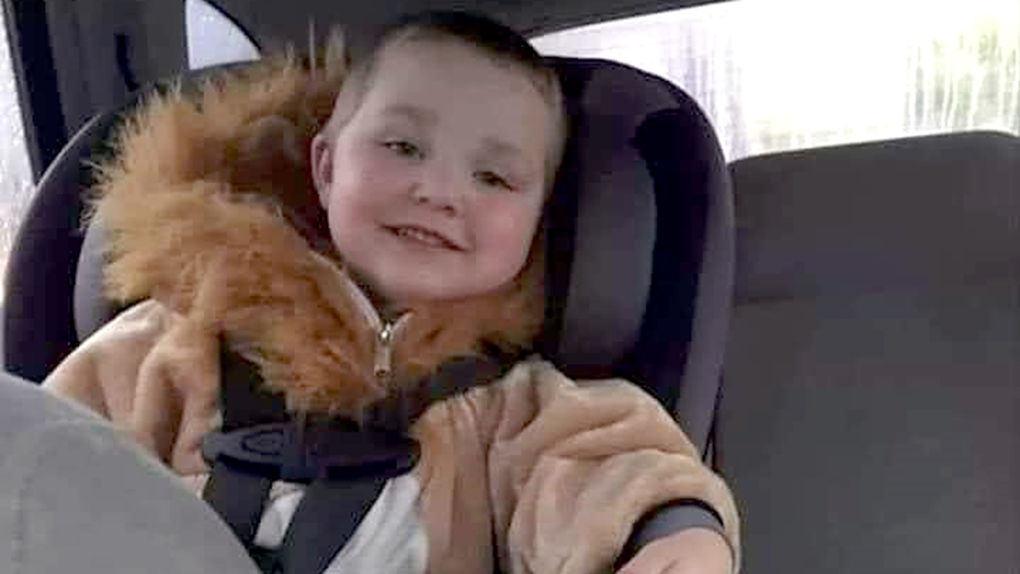 Dylan Ehler vanished, almost without a trace from his grandmother’s backyard on May 6, 2020. (Ehler/Brown family)Despite a six-day official search, and hundreds of volunteer searches since then, not a shred of other evidence has been found. In the absence of answers, conspiracy theories have taken hold. Dozens of online groups started popping up, with amateur sleuths posting vicious rumours about his parents and grandmother. A memorial was destroyed in the belief that Dylan may have been buried there. Jason started getting ransom demands.

“One guy sent a picture of…. Dylan, but it was all photoshopped and looked like he had bruises on his face and stuff. And he wanted three Bitcoin. Another one…. said he had Dylan in the truck and he’d toss him out the window doing 100 kilometres if I didn't send him a couple of thousand dollars.”

“Ashley talked about being afraid to go to the grocery store. I know that some of their family members would [have] ‘baby killer’ yelled [at them] as they walked on the road.”

Using Nova Scotia’s anti-cyberbullying law, Harris filed, and won, a court injunction to shut down one Facebook group with more than 17,000 followers.

Truro police have maintained all along that there is no sign of foul play; that the evidence points to the brook where the boots were found. Lepper Brook feeds into the Salmon River, which flows out to the Bay of Fundy, home to some of the highest tides in the world.

Dylan’s parents have been vocal about their anger at the way Truro police and search and rescue conducted their investigation in the critical early stages of the disappearance. 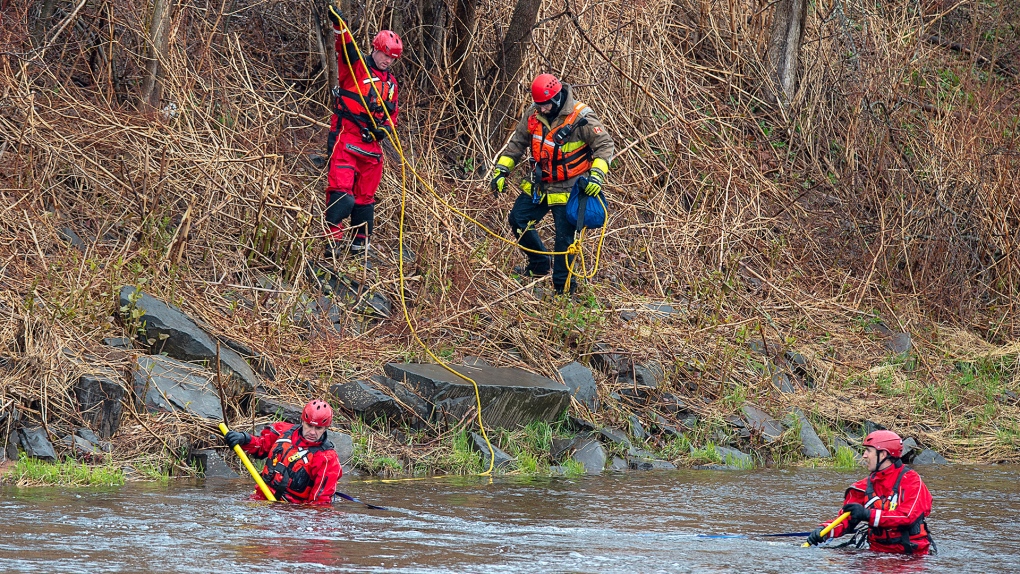 Rescue crews search for a missing three-year-old boy in the waters of the Salmon River in Truro, N.S. on Thursday, May 7, 2020. THE CANADIAN PRESS/Andrew VaughanA W5 investigation reveals a lengthy delay in the public alert system and in the deployment of the Colchester Ground Search and Rescue team. The timeline reveals that the 911 call was made to Truro police at 1:24 p.m. It took two hours and 21 minutes to fully deploy search and rescue teams. A “non-intrusive public alert” wasn’t issued until three hours and eight minutes after Dylan was reported missing. Neither the public alert nor the search and rescue operations could be activated until directed to do so by Truro police.

Dylan’s mother claims police were slow to act and only focused on one theory: that Dylan fell into the water and was swept out to sea.

“They never treated Dylan’s case like a criminal investigation. They just treated it like a search and rescue. I know that they didn't block off any streets. They didn't stop the public from coming into the crime scene of the area that he went missing and they were very late on issuing alerts and getting help. So I think that tunnel vision did have a play in that. Once they found the boots and that was it, that's where he went and essentially the police tell us that we need to accept it. And move on.”

Truro police Chief Dave MacNeil stands by his handling of the case.

“We're very confident in our investigation. It was very thorough. There was no stone left unturned.“ Chief MacNeil insists the case has been investigated as both a potential crime and a search and rescue operation and says the file is still open. 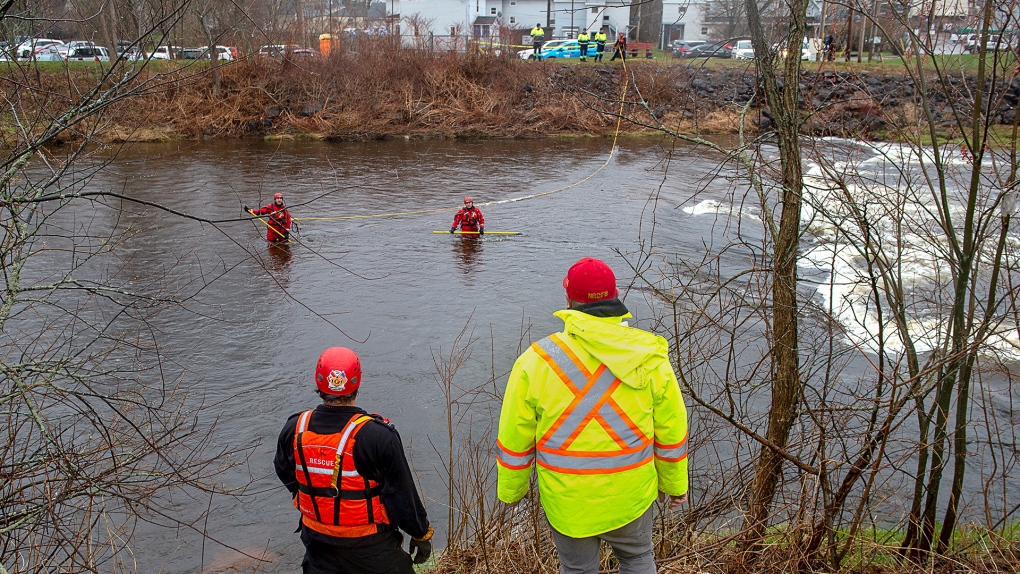 Rescue crews search for a missing three-year-old boy in the waters of the Salmon River in Truro, N.S. on Thursday, May 7, 2020. THE CANADIAN PRESS/Andrew VaughanComplaints that the official investigation was flawed extend beyond Dylan’s family. An online petition, with almost 2,500 signatures, is calling for the creation of a new emergency alert system.

To be called the Ehler Alert, it would facilitate “the rapid distribution of information to the public about young children lost in potentially hazardous environments.”

The petition states: “We believe these circumstances should require an instant public notification... When any child goes missing, time is of the essence and sometimes the assembly of search and rescue efforts takes up too much crucial time in the safe recovery of that child.” petition link.

Since his son vanished in May of 2020, Jason has been relentlessly organizing volunteer searches.

“The only time I feel at peace is when I'm searching for him, I can breathe. When I'm not, I can't breathe….I have to find him either way. I'm never going to stop because he's my only child. He's my everything.”