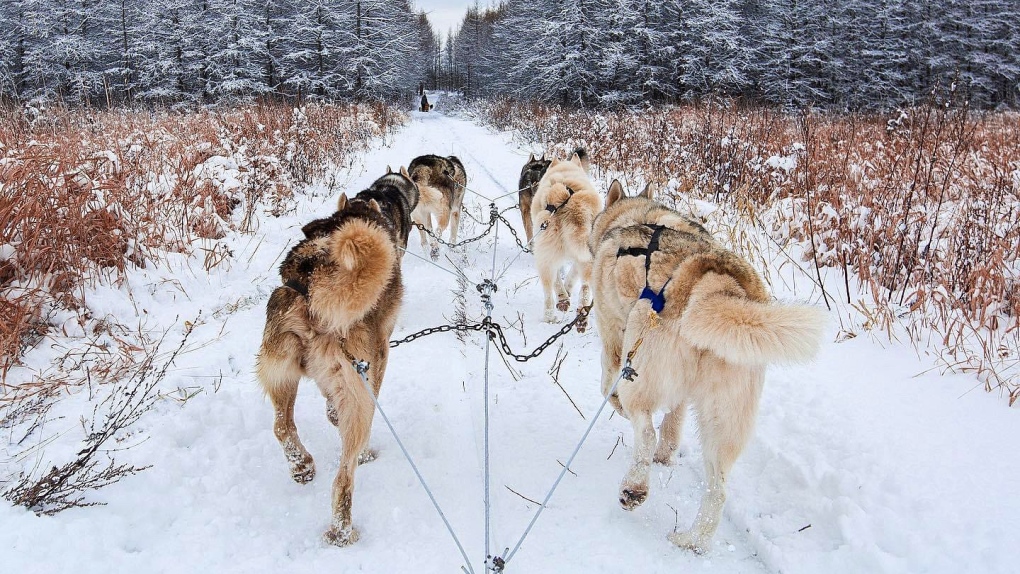 A former dog sled owner opens up after watching the W5 documentary 'Dogs in Distress.' She left her large-scale dog sledding operation shortly after the program aired. XP Mi-Loup has since shut down in Quebec. Photo supplied to W5 by Tanya Fournier Veilleux)

A former dog sled owner opens up after watching the W5 documentary “Dogs in Distress.” She left her large-scale dog sledding operation shortly after the program aired. XP Mi-Loup has since shut down in Saint-Jean-de-l'Île-d'Orléans, Quebec.

A dog sledding company accused of gassing dogs to death has been raided by police and its most recent owner has quit. XP Mi-Loup, a well-known dog sledding operation in Saint-Jean-de-l'Île-d'Orléans, Quebec was featured in a February W5 investigation into the dog sledding industry across Canada.

Quebec police would not say what they found in their raid of XP Mi-Loup, but former owner Tanya Fournier Veilleux says police interviewed people who worked on the property, including herself. No charges have been laid.

Veilleux says she was “shocked” by the photos in the W5 documentary of a large box attached to a container of welding gas, allegedly used to kill sled dogs. There were also images of a freezer next door, filled with dead puppies and a few adult dogs. The allegations surfaced in February 2020, before Veilleux took over the operation.

“It was not real for me [for someone] to do that to dogs,” she said.

Veilleux says she confronted her current business partners Antoine Simard and Elizabeth Leclerc, who owned the company back in 2020.

“I went to see them to tell them that it was true and I was going to quit,” Veilleux explains. “And I told them that I had zero respect, whatsoever. And [Antoine] told me that he didn't care about me not respecting him. And if I go, he doesn't care.”

W5 tried to call Antoine Simard and Elizabeth Leclerc but after multiple attempts, nobody at XP Mi-Loup would answer the phone and the company’s voicemail inbox was full. W5 briefly spoke with Elizabeth Leclerc on the phone during its investigation. She hung up when pressed about allegations of gassing dogs.

After trying for a year-and-a-half to make her business work with more than 80 dogs and puppies, Veilleux says she has realized it’s not feasible for them to run a large sled dog kennel and give the animals the proper care they need. She says the company has since shut down and she has left the dog sledding industry. 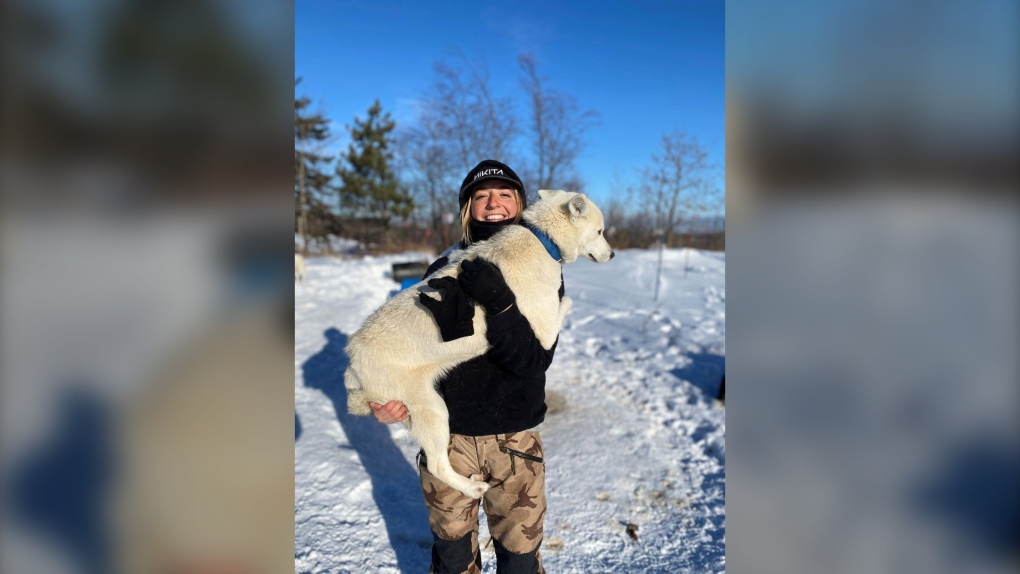 After XP Mi-Loup closed, filmmaker Fern Levitt, who secretly went on the grounds and photographed the alleged gas chamber and freezer, stepped in to help. She says all of the sled dogs from the now-defunct company have been adopted. 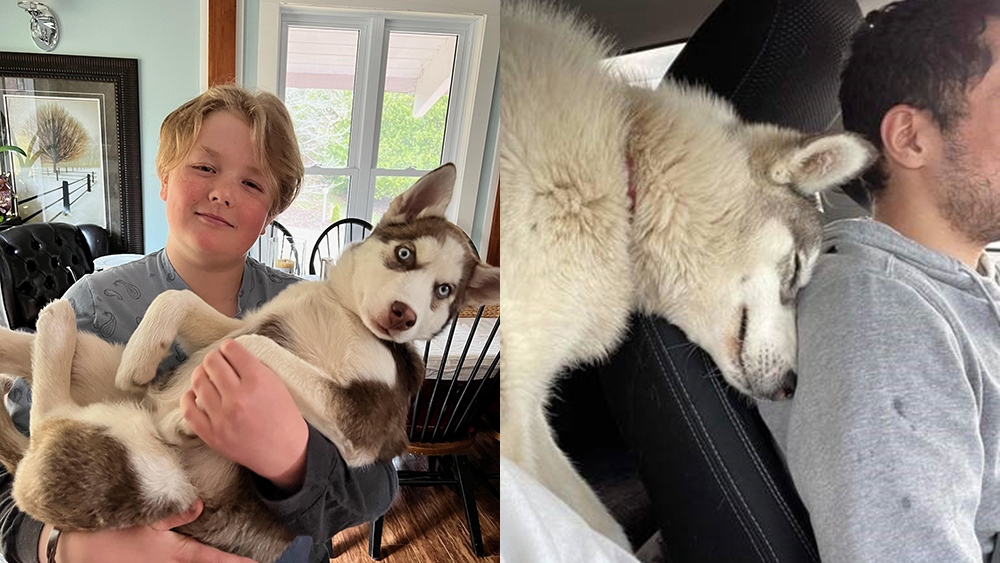 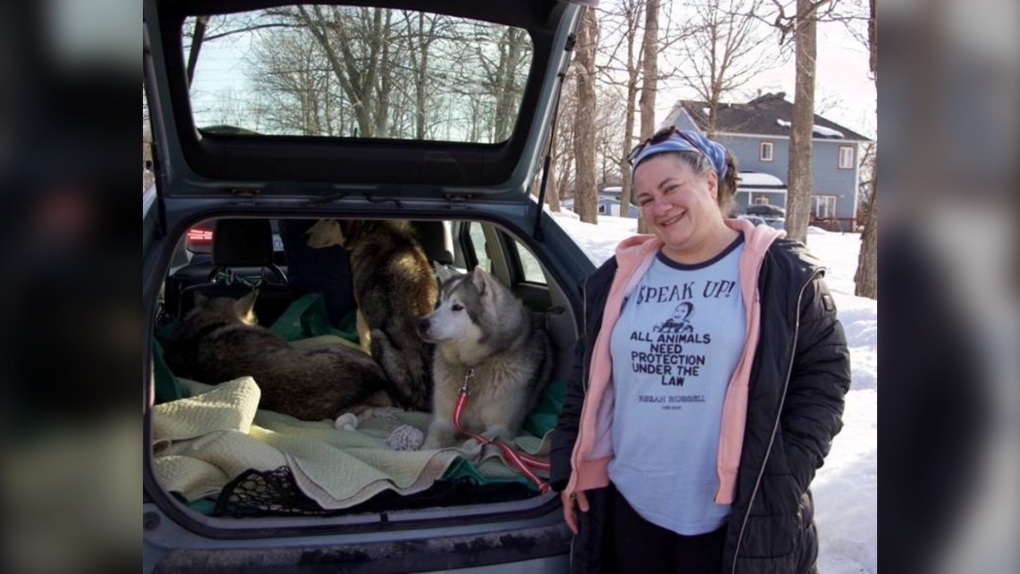 The Ministry of Agriculture, Fisheries and Food is in charge of investigating allegations of animal abuse in Quebec. There are 85 sled dog kennels operating with more than 15 dogs in that province. The ministry says since 2013 it has carried out 645 inspections and found 105 operators to be non-compliant with its dog sled rules. Of those non-compliant cases, 69 were issued offence reports and two cases were sent to court for a judge to decide whether the animals should be kept by the owners.

One former musher, the main driver and caretaker of the dogs, who asked to remain anonymous, told W5 he sent a complaint to the ministry about the alleged gassing of dogs at XP Mi-Loup back in 2020. When W5 asked the ministry if there had ever been any investigations, fines or measures taken against XP Mi-Loup or anyone at the property, the ministry refused to comment, citing confidentiality.

W5 also sent the ministry photos of the alleged homemade gas chamber and the welding gas attached to it. The ministry said it could not determine if this gassing method was permissible without more information, but did write in an e-mail “when an animal is euthanized, its owner, the person having custody of it or the person performing the euthanasia of the animal must ensure that the circumstances surrounding the act as well as the method used are not cruel and that they minimize pain and anxiety in the animal.”

Quebec’s Veterinary Association was more pointed when it saw the pictures. The association says this welding gas is “unacceptable for dogs… this type of euthanasia is considered too painful.”