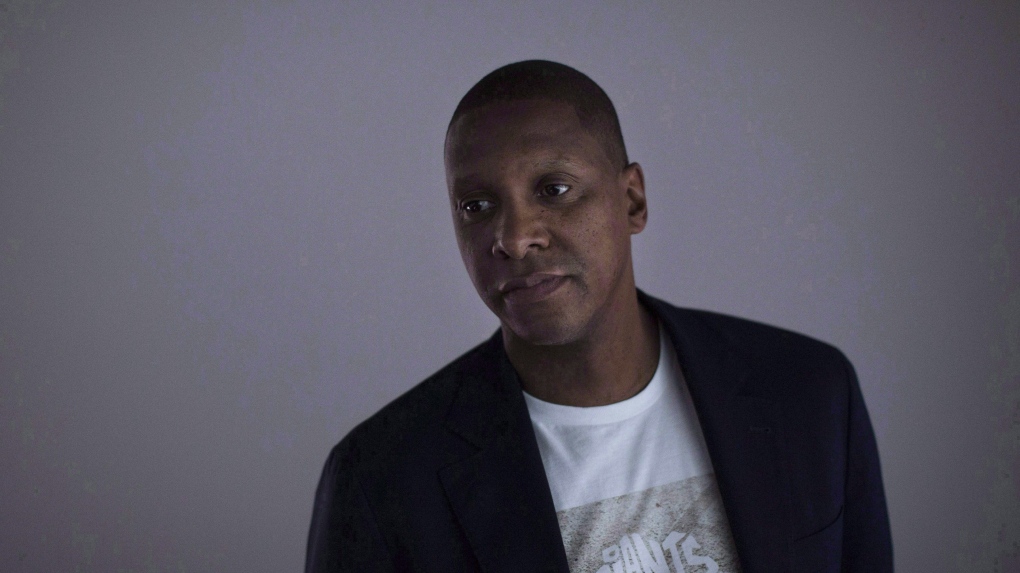 Toronto Raptors president Masai Ujiri is pictured in Toronto as he promotes the documentary "Giants of Africa" during the 2016 Toronto International Film Festival on Sept. 15, 2016. THE CANADIAN PRESS/Chris Young

TORONTO -- The Toronto Raptors honoured the victims the deadly van attack Monday with a moment of silence Wednesday night before Game 5 of their playoff series against the Washington Wizards.

Players from both teams held up banners with the hashtag .TORONTOSTRONG as they stood on the court during the tribute and the national anthems that followed.

The Raptors, the Wizards and the NBA will make a donation to a fund for victims and those affected by the incident.

Raptors President Masai Ujiri spoke about the attack after the Raptors practiced Tuesday.

"What we do doesn't really matter sometimes," Ujiri said. "I can't imagine what it would be like to be on that sidewalk."

Guard Kyle Lowry said he was impressed by the actions of Const. Ken Lam, who earned international acclaim for peacefully arresting of suspect Alek Minassian.

"In America he would definitely have been shot up," Lowry said. "He did an amazing job of making a judgment call. I think more people could learn from that."

Coach Dwane Casey was struck by how close the carnage occurred to his own Toronto neighbourhood,

"It's not too far from up the street from where I live," Casey said.

Casey and his coaches were in the midst of a meeting Monday afternoon when assistant Rex Kalamian's phone buzzed with someone informing him of the tragedy. The coaches stopped their meeting and turned on a television to find out what had happened.

"It's very unfortunate," Casey said. "Just this weekend I was talking to people saying how safe Toronto is, how it's a melting pot and you don't have the same crime. Hopefully though, sport can offer a relief, some reprieve."

Like Casey, Ujiri said he is proud of Toronto's reputation as a safe, welcoming place.

Toronto police said the 10 people killed and 14 injured in the attack were "predominantly" women, but have declined so far to discuss a motive. The 25-year-old Minassian has been charged with 10 counts of first-degree murder and 13 counts of attempted murder.

'Never seen three cases like this back to back,' says homicide squad leader

When does a criminal act merit a terrorism charge? A look at the law in Canada

'A shining light': Remembering the 10 victims of the Toronto van attack

What we know so far about Alek Minassian