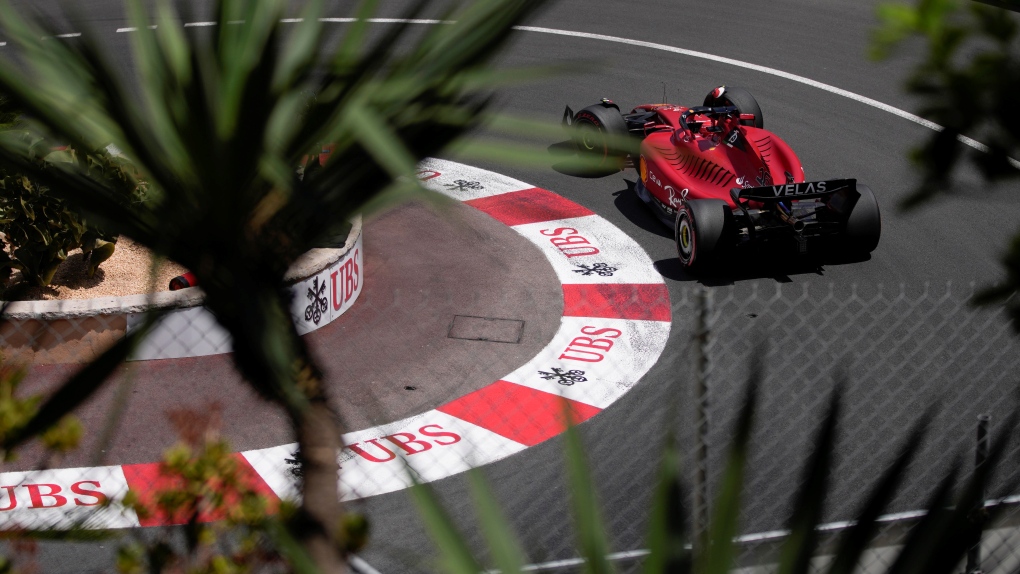 Ferrari driver Charles Leclerc of Monaco steers his car during the third free practice at the Monaco racetrack, in Monaco, Saturday, May 28, 2022. The Formula one race will be held on Sunday. (AP Photo/Daniel Cole)
MONACO -

Cities across the globe are clamoring for a Formula One race and willing to pay astronomical fees to land a grand prix. The demand has put the Monaco Grand Prix, one of F1's marquee events, in jeopardy.

Impossible, one would think.

After all, F1 is as much part of the tiny principality's image as Grace Kelly and Monaco's famed casino. The grand prix also forms motorsports' Triple Crown along with the Indianapolis 500 and 24 Hours of Le Mans.

While the promoters of Monaco pay F1 a sanctioning fee, it's believed to be nominal and around $15 million annually. Other cities pay closer to $60 million per year. F1 is in the final year of its contract with the Monaco Grand Prix, and if financial negotiations don't improve, the circuit could fall from the 2023 calendar.

"I think Formula One is now of a size and scope that it's bigger than any one team, bigger than any one driver and bigger than any one race. I think, of course, none of us would want to see Monaco go but also understand as commercial rights holder, they need to have an arrangement that's more consistent with the other venues given the demand of tracks that want to host grand prixs."

F1's popularity is booming, in large part due to the four-year run of the Netflix docuseries "Drive To Survive." Now Saudi Arabia has a long contract with F1, a 10-year deal with Qatar begins next year and Bahrain expanded its deal through 2036.

Miami was added to this year's schedule and the United States will have three F1 races in 2023 when Las Vegas joins the calendar.

"We're selling out now, there's fans and more races. I'm sure that they'll do a good job with the negotiations in Monaco and they'll come to the right conclusion," Szafnauer said.

But is Monaco replaceable amid this shifting landscape?

"I think it would be a bad move. F1 without Monaco for me is not F1," said Charles Leclerc, the Ferrari driver and Monaco native. "F1 has historic tracks like Silverstone, like Monza, and I think they should stay."

The racing, however, is not all that compelling and most of the action happens in qualifying. Come race day, passing is almost impossible on the narrow 3.34-kilometer (2.1-mile) street circuit.

Modern audiences want action and F1 has seen a surge in wheel-to-wheel racing in the past couple of years. Max Verstappen and Lewis Hamilton had one of the most epic battles in decades for last year's championship.

"I think if they would propose the plans nowadays with how the track layout is, probably it would not be on the calendar," said Verstappen, the reigning world champion. "But I think because of the historic value, it belongs on the calendar.

It's hard to picture F1 without Monaco.

On the glistening harbor, it's a case of those who have big yachts vs. those who have huge yachts. Champagne corks pop and glasses clink while the rich indulge themselves as cars whizz by. Perched atop a sloping hill, Prince Albert's royal palace peers over the track. Down below, loud music pumps until late at night as revelers literally drink in the atmosphere.

"The whole kind of place is getting into it, and enjoying the event," Australian driver Daniel Ricciardo said. "It has a unique kind of aura about it. There's only one circuit that I've ever rocked up to the track on a boat. You pass one boat, which is huge and then the next one's bigger and then bigger. It's literally surreal."

Locals watch from their balconies, wealthy punters cram onto a terrace directly overlooking the last two corners, La Rascasse and Antony Noghes -- named after the founder of the race.

Celebrities pour in every race weekend and actors pop over from the nearby Cannes Film Festival. On Saturday, Hamilton arrived at the venue by speedboat.

Leclerc grew up in a flat overlooking the track, playing with red Ferrari toy cars. Two-time F1 champion Fernando Alonso, who won here twice, says replacing Monaco because it's hard to pass during a race is an absurd idea.

"I think it has to be in the calendar," the 40-year-old Spaniard said. "Before 2011 or whatever, there were no overtakings in Budapest or in Barcelona or in Singapore, and they were not talking about removing those races."