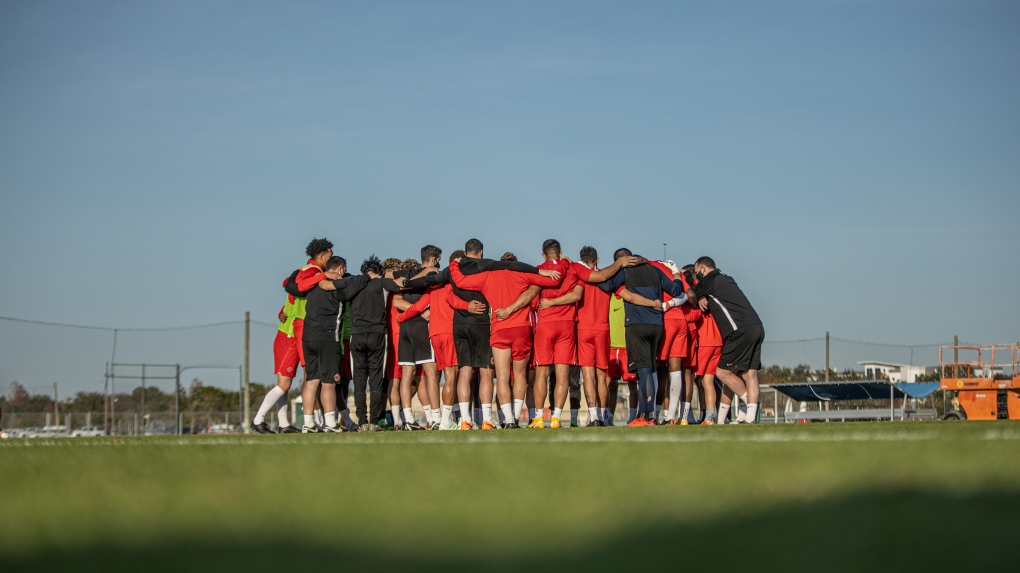 Canada has cracked the top 50 in the FIFA world rankings, climbing three places to No. 48 in the latest numbers.

The Canadian men started the year at No. 72 but have steadily risen thanks to a 11-2-4 record in 2021 that has seen John Herdman's team make the final round of World Cup qualifying in CONCACAF, which covers North and Central America and the Caribbean.

Canada's lone losses have been to the U.S. and Mexico at the Gold Cup. The Canadians have outscored their opposition 52-10 the year.

Canada registered World Cup qualifying ties in Mexico (1-1) and Jamaica (0-0) and defeated visiting Panama 4-1 during the time frame covering the new rankings. FIFA says 160 matches were played over that time.

The Canadians remains fourth in CONCACAF, behind No. 9 Mexico, the 13th-ranked Americans and No. 45 Costa Rica, which dropped one rung.

Being in the top 50 has tangible benefits, especially for players looking to earn a contract in the United Kingdom. Since Brexit, the U.K. has adopted a points-based system for work permits. Cracking the top 50 should help Canadian players get a visa.

Canada's best ranking was No. 40 in December 1996. But the new rankings mark the first time the Canadians have broken into the top 50 since FIFA revamped its rating formula in 2018.

Belgium remains atop the rankings with Brazil at No. 2. France and Italy move up one spot to No. 3 and 4, respectively, while England falls two places to No. 5. Argentina is unchanged at No. 6, followed by Spain (up one), Portugal (down one), Mexico and Denmark.

Germany rose two places to No. 12, leapfrogging the U.S. Uruguay, down three rungs to No. 15, lost the most ground among top-20 teams.

In February 2002, Canada jumped 19 places to No. 73 in the rankings, courtesy of a third-place finish at the Gold Cup. At the time, it marked Canada's quickest climb up the world soccer ladder since winning the 2000 Gold Cup, when it rose 24 spots to 61st overall.

Canada's lowest-ever ranking was 122nd, which it dubiously reached in both August and October 2014.

The Canadian women, gold medallists at the recent Tokyo Olympics, are currently ranked sixth by FIFA.

This report by The Canadian Press was first published Oct. 21, 2021