Why do only mammals have tusks? Study traces their surprising origins 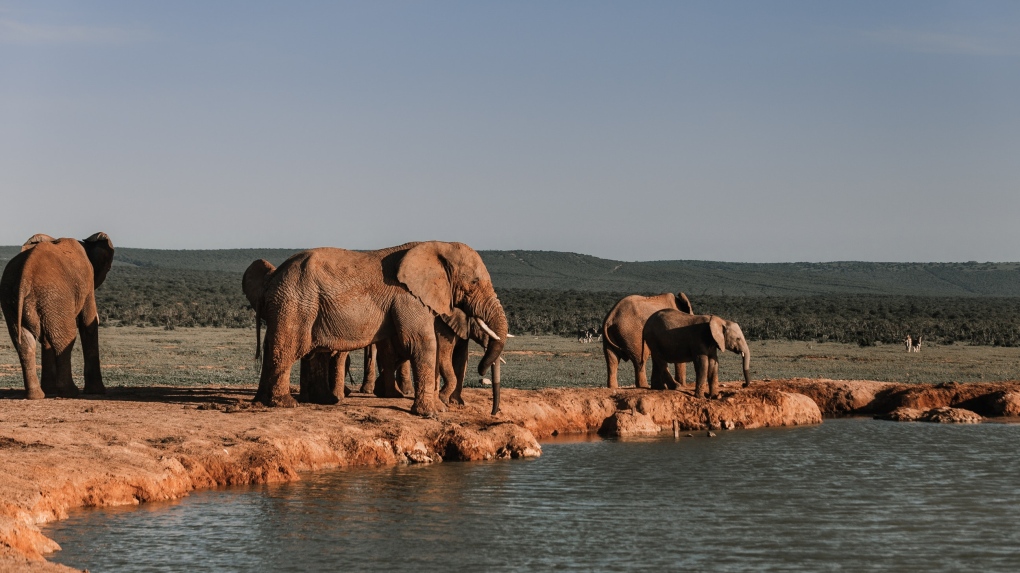 Elephants are seen in this file image. (Pexels)

Tusks are a striking feature of many animals -- elephants, hippos, warthogs, walruses -- and are often sought-after by humans.

But no birds, fish or reptiles today sport this extreme and ever-growing bit of anatomy. Only mammals do, even though they weren't the first tusked creatures. It is an ancient trait that predates dinosaurs, a new study has found.

"We were able to show that the first tusks belonged to animals that came before modern mammals, called dicynodonts," said Ken Angielczyk, a curator at Chicago's Field Museum and an author of the new study, in a news release. "They're very weird animals."

Ranging from the size of a rat to elephantine, the dicynodonts lived from about 270 million to 201 million years ago. While their closest living relatives are mammals, they looked more reptilian, with turtle-shaped heads.

Dicynodonts were the most abundant and diverse vertebrates before the rise of the dinosaurs, and they all had a pair of tusks protruding from their upper jaws.

Before digging into how exactly tusks evolved, the researchers had to define exactly what a tusk is and how it differs from a tooth -- something that had been ambiguous.

They determined that a tusk must extend from the mouth, consist solely of a substance called dentine and continue to grow throughout an animal's life -- even if it gets damaged. Teeth are also made from dentine. However, they are coated in enamel. This, along with their shape, makes them durable, but once adult teeth grow in, there's not much that can be done if they do break. They don't regrow.

"Enamel-coated teeth are a different evolutionary strategy than dentine-coated tusks -- it's a trade-off," said Megan Whitney, postdoctoral fellow at Harvard University's department of organismic and evolutionary biology. She was the lead author of the study.

The researchers then analyzed thin sections of 19 fossilized tusks of dicynodonts, representing 10 different species found in South Africa, Antarctica, Zambia and Tanzania. They also used micro-computerized tomography scans to examine how the fossils were attached to the skull, and whether their roots showed evidence of continuous growth. They found that while a few of the dicynodonts studied had true tusks, with no enamel, the rest had big teeth.

The scientists also found there wasn't a strict progression from non-tusks to tusks. Different members of the dicynodont family evolved tusks independently at different times, and some never evolved true tusks.

For tusks to evolve, they found that a flexible ligament attaching the tooth to the jaw was needed, as well as reduced rates of teeth replacement -- a combination of features that today is uniquely found in modern mammals.

"It all ladders up to giving us a better understanding of the tusks we see in mammals today," said Angielczyk, speaking of the research, which published in the journal Proceedings of the Royal Society B Biological Sciences.