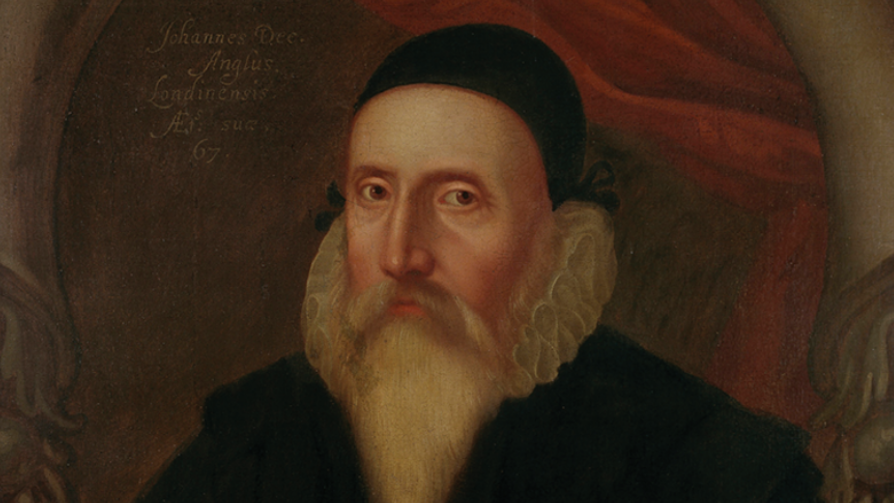 John Dee was a close confidant of Queen Elizabeth I who delved in occult practices. (Antiquity journal)

TORONTO -- A close confidant of Queen Elizabeth I used an obsidian mirror with Aztec origins to contact otherworldly spirits in his occult practices, according to new research.

John Dee was a renaissance polymath during the 16th century who was interested in astronomy, alchemy, and mathematics, Stuart Campbell, an archeology professor at the University of Manchester, said in a press release.

“Later he became involved in divination and the occult, seeking to talk to angels through the use of scryers, who used artefacts - like mirrors and crystals,” Campbell added.

One of those scryers – a tool used to see or predict the future – was an obsidian mirror that has long been suspected of having Aztec origins, but with no records to show how Dee obtained it, it was difficult to prove.

That is until Campbell and a team of international scientists used geochemical analysis to reveal the mirror’s origins.

To do this, they studied four objects currently housed in the British Museum – Dee’s mirror, two other Aztec mirrors, and a polished rectangular obsidian slab.

They then bombarded the mirrors with X-rays, resulting in the objects also emitting X-rays, which allowed the scientists to measure the artifact’s composition. The researchers described these X-rays as “unique fingerprints” that can be compared to other obsidian artifacts to trace the origins of the materials.

According to the findings, published in the journal Antiquity, all four of the obsidian artifacts studied were made from Mexican obsidian exploited by the Aztecs.

Dee’s mirror, specifically, along with another with a similar design, originated from near Pachuca in Mexico.

The scientists said obsidian, an igneous rock occurring as a natural glass formed by rapid cooling of lava from volcanoes, had a spiritual significance to the Aztecs. It was used as part of medicinal practices, as a shield against bad spirits, and to capture souls on its reflective surface.

The rocks’ symbolic value may have made them appealing items for Europeans to collect and bring home as they conquered the Aztecs in the 16th century, the researchers theorized. The mirrors were also often viewed as magical artifacts in Europe at that time too, which may have served as additional motivation.

“The 16th century was a period in which new exotic objects were being brought to Europe from the New World, and opening up exciting new possibilities in the intellectual world of the period,” Campbell said.

The scientists said the Aztec mirrors were “novel and exotic items” that found a place in many early collections in Europe. They suggested stories about the mirrors may have been why Dee chose to include one in his occult practices.