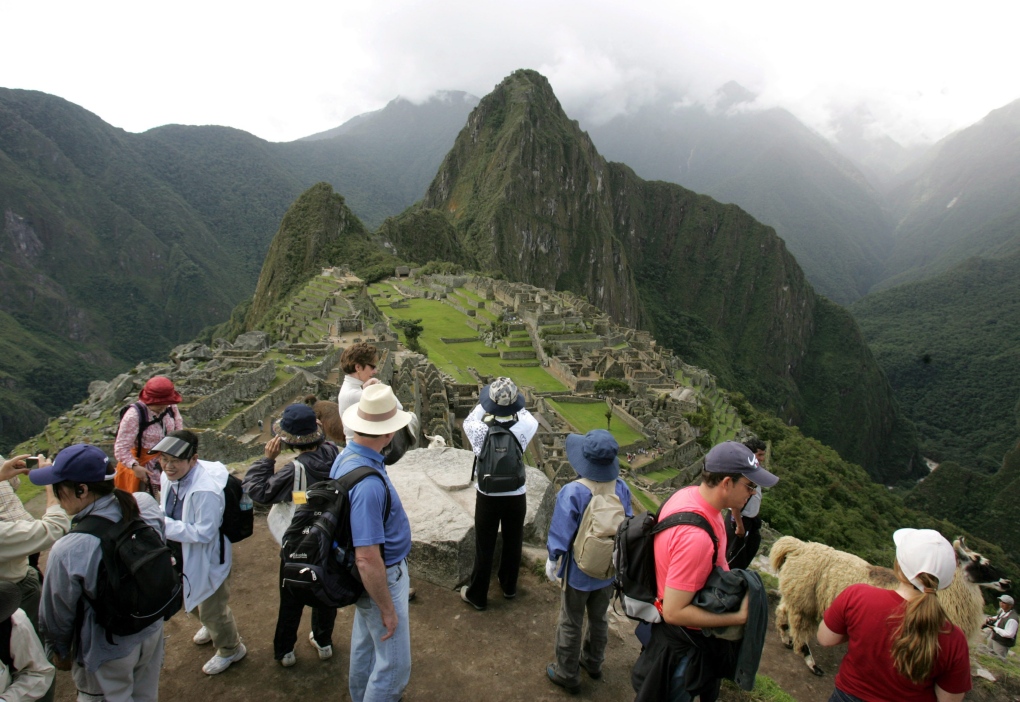 In this March 26, 2008 file photo, tourists look at the Inca citadel of Macchu Picchu in Peru. (AP / Martin Mejia)

A team of researchers, led by Richard Burger, a professor of anthropology at Yale University, used radiocarbon dating to reveal that the emperor Pachacuti, who built Machu Picchu, rose to power earlier than expected, according to a news release published Tuesday.

This means Pachacuti's early conquests took place earlier, helping to explain how the Inca Empire became the largest and most powerful in pre-Columbian America.

Based on historical documents, it was thought that Machu Picchu was built after 1440, or maybe even 1450. However, Burger and his team used accelerator mass spectrometry (AMS) dating of human remains to get a more accurate picture.

AMS works on even small amounts of organic material, which enlarges the pool of skeletons that can be studied. The team looked at 26 individuals from cemeteries at Machu Picchu that were recovered from the site during excavations in 1912.

The bodies were buried under boulders, overhanging cliffs or shallow caves, sealed with masonry walls, according to the study. There were also grave goods such as ceramics and bronze and silver shawl pins.

"This is the first study based on scientific evidence to provide an estimate for the founding of Machu Picchu and the length of its occupation," Burger said in the news release.

The historical records were written by Spanish conquistadors following their takeover of the area, and the results of the study question the merit of drawing conclusions based on these kinds of documents, according researchers.

Although the study acknowledges the "limitations" of radiocarbon dating, the researchers said the documentary evidence is unreliable.

"Perhaps the time has come for the radiocarbon evidence to assume priority in reconstructions of the chronology of the Inca emperors and the dating of Inca monumental sites such as Machu Picchu," reads the study.

The study was published in the journal Antiquity.

Revered as one of the world's great archaeological sites, Machu Picchu perches between two mountains.

The site is made up of roughly 200 stone structures, whose granite walls remain in good shape although the thatched roofs are long gone.

These include a ceremonial bathhouse, temples, granaries and aqueducts. One, known as the Hut of the Caretaker of the Funerary Rock, is thought to have been used for embalming dead aristocrats.