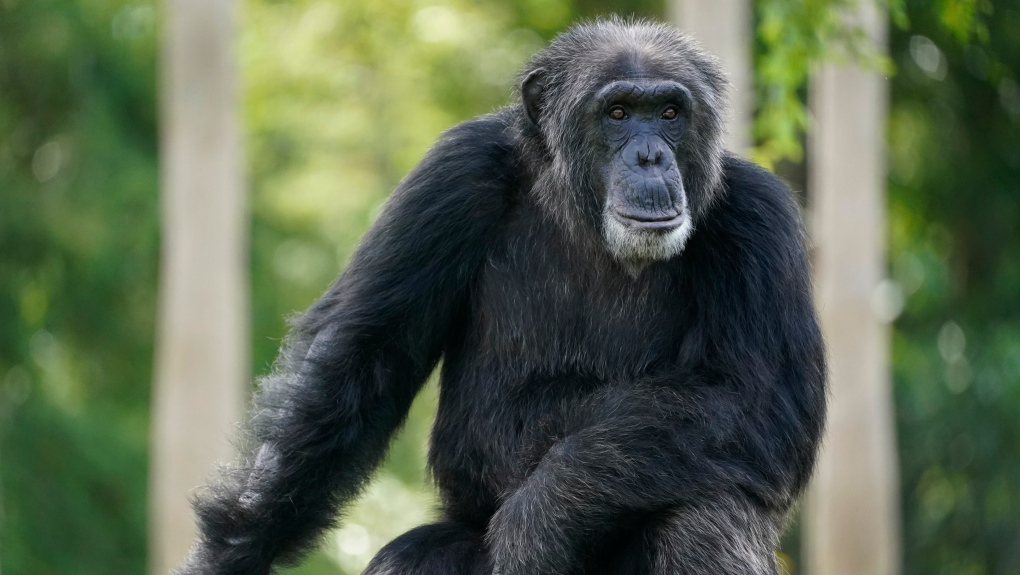 A chimpanzee looks out of his enclosure as visitors trickle into Zoo Miami, Tuesday, Sept. 15, 2020, in Miami. (AP Photo/Wilfredo Lee)

Chimpanzees' lethal attacks on gorillas in the wild have been observed for the first time, a team of researchers has said.

Experts observing dozens of chimps at Loango National Park in Gabon had expected them to be relaxed around gorillas.

But while the two species were usually playful, the researchers were surprised to witness occasional vicious attacks.

"At first, we only noticed screams of chimpanzees and thought we were observing a typical encounter between individuals of neighboring chimpanzee communities," said Lara M. Southern, the study's lead author, in a press release.

"But then, we heard chest beats, a display characteristic for gorillas, and realized that the chimpanzees had encountered a group of five gorillas," she added, referencing the first attack the team saw, in 2019.

The group, from Osnabrück University and the Max Planck Institute for Evolutionary Anthropology in Germany, published the findings on Monday in the journal Nature.

The two encounters they recorded, which lasted 52 and 79 minutes, saw the chimpanzees form coalitions and launch attacks on the gorillas.

The silverback and adult females gorillas defended themselves and their offspring. Both silverbacks and several adult females escaped, but two gorilla infants were separated from their mothers and killed, the authors wrote.

"Our observations provide the first evidence that the presence of chimpanzees can have a lethal impact on gorillas. We now want to investigate the factors triggering these surprisingly aggressive interactions," said Tobias Deschner, a primatologist at the Max Planck Institute for Evolutionary Anthropology.

The attacks were particularly surprising given the way the two groups of animals had behaved beforehand. "Interactions between chimpanzees and gorillas have so far been considered as relatively relaxed," said Simone Pika, a cognitive biologist at Osnabrück University.

"We have regularly observed both species interacting peacefully in foraging trees. Our colleagues from Congo even witnessed playful interactions between the two great ape species," Pika said.

Around 45 chimps were being observed for the study, which intended to analyze their relationships, use of tools, communication and hunting skills, among other characteristics.

The authors suggested that pooling food with other species could have caused the flare-ups. "It could be that sharing of food resources by chimpanzees, gorillas and forest elephants in the Loango National Park result in increased competition and sometimes even in lethal interactions between the two great ape species," Deschner said.

Loango National Park is a sprawling protected area on Gabon's coast in western sub-Saharan Africa. It is home to elephants, buffalo and a number of other species.

The region is home to the western lowland gorilla, which is a critically endangered species.

Chimpanzees are an endangered species, according to the International Union for Conservation of Nature.