Toronto ranked 2nd 'safest city' in the world for 2021: report 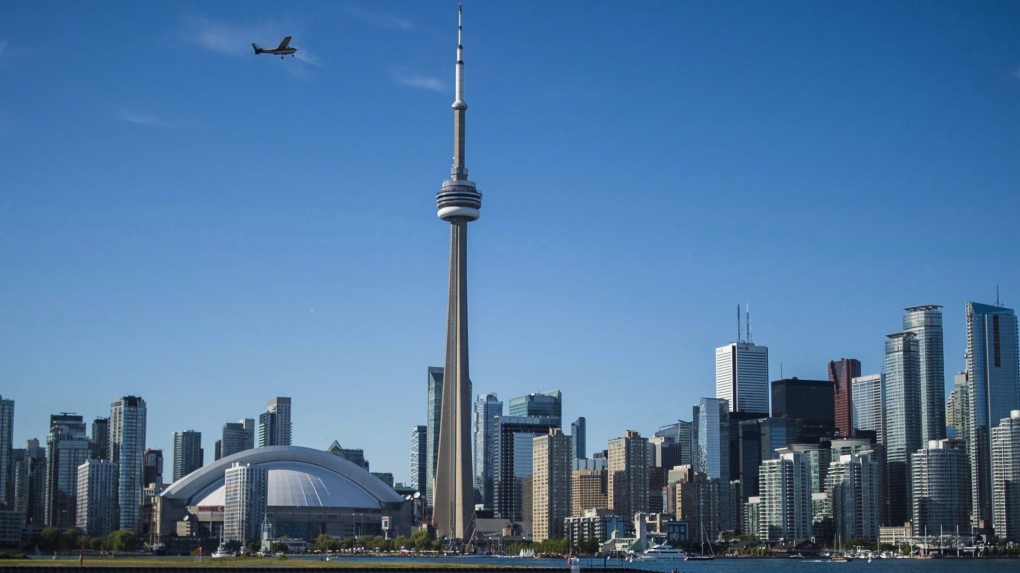 The Toronto skyline is shown on June 21, 2018. THE CANADIAN PRESS/ Tijana Martin

Safety has long been a paramount concern for travelers when it comes to deciding which destination to visit.

But the world has been turned on its head in recent years due to the global pandemic and the notion of exactly what makes somewhere "safe" has changed significantly.

This may help to explain the shake up at the top of the Economist Intelligence Unit's Safe Cities Index (SCI,) which ranks 60 international destinations on digital security, health security, infrastructure, personal security, as well as environmental security, a new category for this year.

While Asian cities like Tokyo, Singapore and Osaka have continuously occupied the top spots year after year, it's a European destination that holds the number one position for 2021.

Copenhagen has been named the world's safest city for the first time, scoring 82.4 points out of 100 in the annual report.

Denmark's capital jumped from joint eighth place in 2019 to the top of the list, largely thanks to the introduction of an environmental security section, which the city scored particularly well in, along with personal security.

"One key factor that makes Copenhagen such a safe city is its low crime rate, currently at its lowest level in more than a decade," Lars Weiss, lord mayor of Copenhagen, says in the report.

"Copenhagen is also characterized by great social cohesion and a relatively narrow wealth gap. It is a mixed city where both the cleaning assistant and the CEO meet each other at the local supermarket and have their kids in the same school.

"This is one of the very cornerstones of Danish culture, and it contributes greatly to the high levels of trust and safety that we benefit from."

Canada's Toronto just missed out on the top spot, taking second place with 82.2 points, while Singapore was third with 80.7 points.

"Copenhagen is definitely a worthy overall leader and Toronto a well-deserving runner-up, but as much because of long-term success in making residents secure as from any particular improvements in the last two years," reads the report.

"Toronto and Copenhagen do noticeably better in the new environmental security pillar than do any of the top three cities from earlier years."

The Netherlands' Amsterdam was sixth with 79.3 points, while New Zealand's Wellington came in at number seven with 79.0 points, and was the overall leader in the environmental security category.

New York was the highest US city on the list, sharing the 11th spot with Spain's Barcelona (both cities received 77.8 points).

Washington DC was close behind in 14 place, while London and San Francisco tied at 15th.

There were few surprises at the other end of the list, with Nigeria's Lagos, Egypt's Cairo, Venezuela's Caracas, Pakistan's Karachi and Myanmar's Yangon making up the bottom five.

But while the cities with the lowest overall scores have found themselves near the bottom of all categories in recent years, this isn't the case here.

In fact, the report notes that "some signs exist of a shift mirroring that seen among the leaders," with Lagos scoring "slightly above average in environmental security, while 55th place Casablanca comes 41st in digital security."

Unsurprisingly, Covid-19 is constantly mentioned throughout, particularly in the assessments on health security, which Copenhagen scored much lower in than other categories.

According to Nima Asgari, director of the Asia Pacific Observatory on Health Systems and Policies, the subject of urban resilience has previously been focused on disasters and floods rather than health crises, "probably because people never thought the health system would collapse as a consequence of continuous demand from outbreaks."

The report suggests that this missing link may have to led to some destinations being less prepared, and ultimately less successful in limiting the impact of coronavirus.

"Covid-19 teaches that there is always a blind spot, even when there is a lot of activity," adds Michele Acuto, a professor of global urban politics at the University of Melbourne.

The report goes on to stress that the understanding of health security "needs to be revisited" as a direct result of coronavirus.

Meanwhile, Naka Kondo, senior editor at The EIU and editor of the report, notes that digital security has become an even bigger priority now that "more work and commerce have moved online," and adjustments will need to be made in light of this.

"Those responsible for infrastructure safety have to adjust to dramatic changes in travel patterns and where residents consume utilities; agencies responsible for personal security need to address a large, lockdown-driven shift in crime patterns," says Kondo.

The report also acknowledges that the pandemic has brought about "a potential turning point across every pillar of urban safety," providing an opportunity for cities to "reassess longer term dangers in the way of achieving safe, sustainable, liveable cities as well as opportunities for getting there."

"A renewed, more holistic understanding of urban safety gives hope for cities that are not just more secure, in every sense, but more sustainable and enjoyable places in which to live," it adds.

Six cities, Amsterdam, Melbourne, Tokyo, Toronto, Singapore and Sydney have all made it in the top 10, every year since the report was launched back in 2015, while Copenhagen has been a regular fixture since 2019.