'The Netflix effect': Why Western women are heading to South Korea in search of love

'The Netflix effect': Why Western women are heading to South Korea in search of love 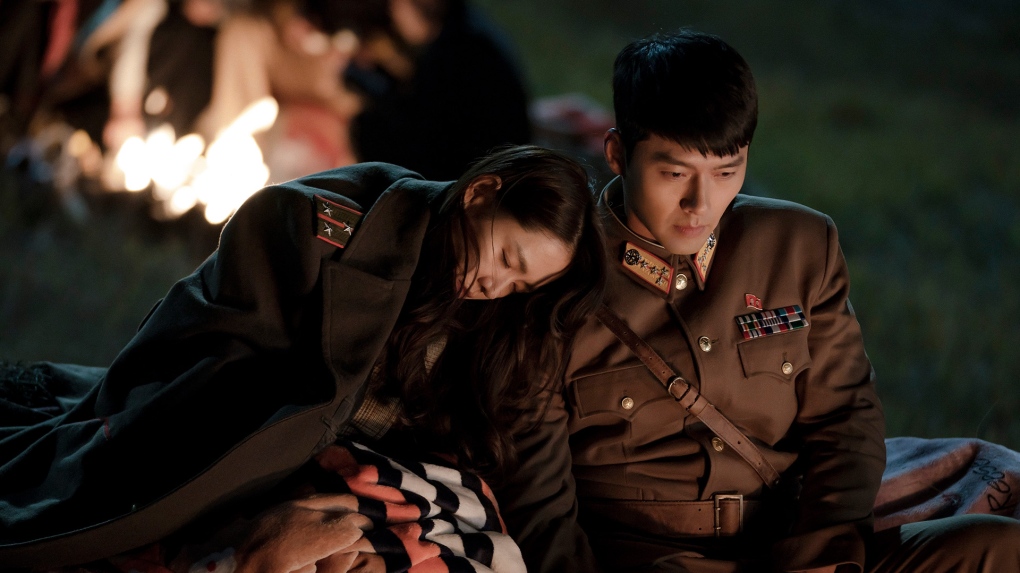 There was something puzzling about the young Western women staying at the youth hostels in Seoul, thought researcher Min Joo Lee.

Unlike their Asian counterparts, who she saw squeezing in as many sights and shops as possible during their stays in the South Korean capital, these women – mostly in their early '20s – seemed uninterested in the usual tourist trails.

Instead, for most of their days they would remain inside their hostel, sleeping or watching Korean TV shows – venturing out only after dark.

They had come to the attention of Lee, who researches Korea's gender and race politics as a post-doctoral fellow at Indiana University Bloomington, because she was in town to find out what influence the rising international profile of Korean pop culture was having on tourism.

After visiting eight hostels and interviewing 123 women, mostly from North America and Europe, Lee came to the conclusion that many had been drawn to the country by what she calls "the Netflix effect."

Hit Korean television shows like "Crash Landing on You" and "Goblin," were selling more than men with beautiful faces and chiselled bodies like their stars Hyun Bin and Gong Yoo. They were offering a glimpse into a world where men were romantic and patient, an antithesis to what the women saw as the sex-obsessed dating culture of their home countries.

The appeal of Korean men

The women Lee interviewed were fascinated with Korean men who were portrayed on TV as being in touch with their emotions and willing to embrace their "effeminate sides," Lee said.

They considered Korean men cultured and romantic while complaining that men in their home countries often neglected their appearances and had one-track minds.

Grace Thornton, a 25-year-old gardener from the United Kingdom, travelled to Seoul in 2021 after watching K-drama "Crash Landing on You" on Netflix.

She was struck by how men in the show did not jeer at or catcall women on the street, as happens in her home country.

"(English men in comparison) are half drunk, holding a beer, holding a dead fish," she said – a reference to what she said was the prevalence of fishing pictures in British male dating app profiles.

And the appeal is not entirely about the men.

As Thornton puts it: "In England, I'm very common looking and sound the same as everyone else. In Korea, I'm different, exciting and foreign. People pay attention to me. I felt special."

The popularity of Korean television shows with global audiences has coincided with a steady increase in the number of women tourists to South Korea.

At the same time, there has been an explosion in social media content centred on couples featuring Korean men with women from abroad.

On YouTube, the hashtag "#Gukjecouple" ("#international couple") has become a genre covering 2,500 channels and 34,000 videos, the most popular of which feature a Korean man with an American or European partner. Sometimes these videos feature couples pranking each other, playing on cultural differences, and sometimes they simply portray the couples going about their everyday lives.

Among the proponents of the genre is Heo Jin-woo, a Korean YouTuber based in Seoul who once ran a channel devoted to videos in which he pretends to be the viewer's boyfriend.

The videos featured him acting as if he were on a video call with a lover, asking viewers how their day went or inviting them to dinner at the new Italian restaurant in town. He would speak in sleepy, soft tones with a slight Korean accent and pepper his speech with occasional Korean phrases.

According to Heo, the channel amassed 14,000 followers, mostly foreign women in their '20s who were interested in Korean culture, but he shut it down after meeting his girlfriend Harriet, who is from the UK.

Instead, the pair have created an "international couple" channel titled "Jin and Hattie."

It mainly consists of videos in which they "prank" each other based on misunderstandings and differences in their cultures.

"Don't forget to wear your couple ring," he says before Harriet lets him in on the joke and they embrace. The comments beneath the video – mostly from English speaking female fans – praise how respectful Heo is to his now wife.

Hugh Gwon, a consultant specializing in YouTube channel management, is one of the original creators of "international couple" content.

But the genre's worth goes beyond the dollar signs – it is also about helping couples adjust to cultural differences.

Gwon and his Australian wife Nichola run a blog called "My Korean Husband" that discusses intercultural marriage and reflects how attitudes to such relationships are changing.

Nichola says the image of Korean men has transformed since she met her husband 10 years ago in Sydney.

Back then, she grew used to hearing prejudiced comments such as peers saying that her husband was good-looking "for an Asian."

When she Googled "Korean husband" after their engagement, most results were horror stories of southeast Asian migrant wives married to abusive Korean men. Today, the search yields pictures of Korean celebrities and her blog, along with a Quora link to an anonymous user asking how one can find a Korean husband.

She says the best "international couple" channels promote cultural understanding, but warns some are only selling looks and fantasies.

The reality she says, is that women who are serious about settling down with a Korean husband should recognize there will be cultural differences to adjust to, such as living in a society known for long work hours and patriarchal gender norms.

"(At first) you're going to the Han River on picnics, and it's all wonderful and you feel like you're in a K-drama but then what's the reality of actually having a family in Korea?" she said.

Unfortunately, some women find after their arrival that the men they encounter are not as perfect as the ones portrayed on their screens.

Mina, a 20-year-old student from Morocco, said K-pop and Korean TV shows influenced her decision to come to the southern city of Busan in 2021.

The men she saw on TV were depicted as "respectful, good looking, rich men who are protective of you," she said.

But during her nights out, she was groped in a bar and propositioned for sex from strangers on the street. She felt some Korean men tended to believe that foreign women are more open to casual sex than local women.

"We are temporary pleasure," she said, adding, "Men are men, humans are alike everywhere."

Since then she has lost her enjoyment of Korean TV shows and no longer wants to date Korean men.

Quandra Moore, a 27-year-old English teacher from Washington, came to Seoul in 2017 and searched for a partner through dating apps and in nightclubs. But she too was disappointed.

She encountered racist attitudes – being rejected by one who told her to "go back to Africa" – and found many men seemed interested only in sex.

In her experience, Korean men treated foreign women differently. "Why can't we go to dinner first? It's so crass. They know Korean women won't tolerate it," she said.

It's a point that Lee, the researcher, echoed, saying that some men felt they could treat foreign women badly with impunity because, as foreigners, they were limited to smaller social circles.

Still, such is the draw that even those who have bad experiences are not always put off.

Some women who flew home disappointed told Lee they felt it was their own fault they had not found their ideal man and would come back and try harder next time.

"They clearly see that not all Korean men are (perfect), but they just need an alternative to the disappointing dating market back in their home countries," she said.

"They can't really let go of it because they hope that the ideal dating relationships exist somewhere in the world," she said.

The Swedish national seismic network says it detected two explosions close to unusual leaks on two Russian natural gas pipelines running under Baltic Sea to to Germany. It registered one blast early Monday southeast of the Danish island of Bornholm and a slightly larger one later that night northeast of the island.

Most P.E.I. residents without power two days after Fiona

Canadian employers project the national average base salary to increase by 4.2 per cent next year, a new survey says.

Watch the moment NASA rammed a spacecraft into an asteroid

A high-speed NASA spacecraft veered toward an asteroid on Monday – and rammed into the rock deliberately.