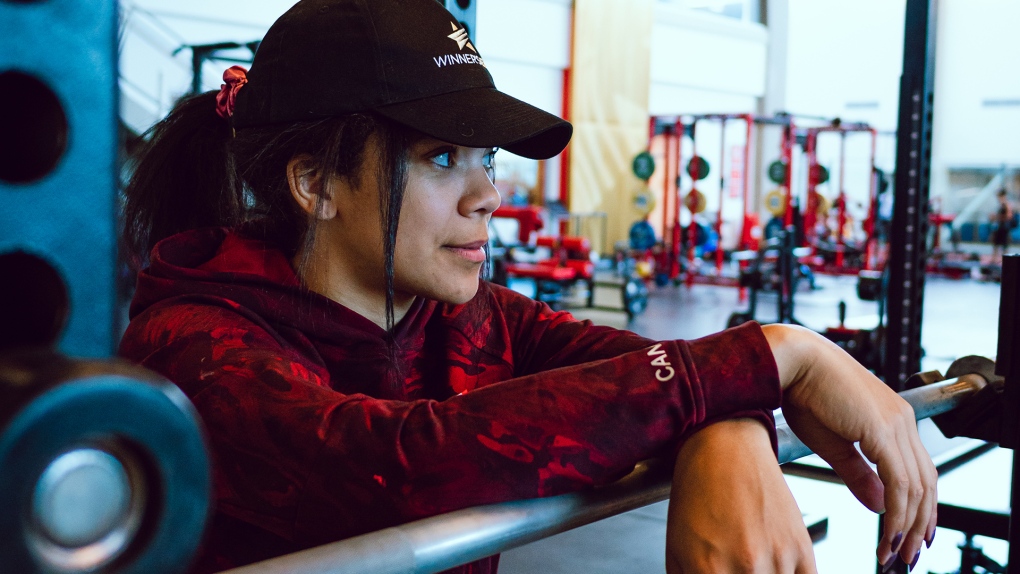 Young Indigenous athletes from across Canada will have the opportunity to showcase their skills in front of representatives from the country’s national sport organizations (NSOs), as RBC Training Ground adds dedicated testing events leading up to the North American Indigenous Games (NAIG) 2023 in Halifax, Nova Scotia in July.

Each year, RBC Training Ground holds qualifying events from coast to coast as they look for Canada’s next Olympic hopefuls aged 14-25. Top athletes receive funding, mentorship and a chance to get matched with an Olympic sport that best suits their athletic skills. By holding additional testing events for NAIG provincial delegations as they prepare for NAIG 2023, RBC Training Ground hopes to remove some of the barriers that young Indigenous athletes often face.

This RBC Training Ground initiative is being lauded by Brigette Lacquette, the first First Nations woman to play for the Canadian Olympic women’s hockey team, and Eden Wilson, a pilot on Canada’s national bobsleigh team. Both Lacquette and Wilson can personally attest to the importance of representation in sport and the difficulties faced by young athletes when representation is lacking or, in some cases, non-existent.

Lacquette, 30, who lives in Calgary but grew up in the small Métis community of Mallard, Manitoba, 334 kilometres northwest of Winnipeg, said living in an isolated location was an obstacle that had to be overcome as she worked to achieve her hockey goals. “Being from a remote community, I had to go to Winnipeg to play in camps and then moved away to B.C in my grade 12 year to play hockey, so it created a lot of change and discomfort,” said Lacquette, who is currently a scout for the NHL’s Chicago Blackhawks.

After high school, she moved south to play on a scholarship for the University of Minnesota-Duluth and upon completing her undergrad, made her way to Calgary to be part of Canada’s national hockey team program in 2008. “I looked up to a lot of Indigenous NHL players, but there wasn’t anyone that looked like me in my sport [women’s hockey]. I realized after the Olympics how incredibly important it is to have role models, someone that you can identify with. It encourages other Indigenous boys and girls that they can achieve their goals, too,” Lacquette said. “I’ve embraced being that role model.”

Describing herself as a shy person who struggled with anxiety and self-confidence growing up, the RBC Olympian said it wasn’t until after the Olympics, when she started speaking at schools and various events, that she began to feel comfortable in her own skin. “There are boys and girls that have said they want to be the next Brigette Lacquette and that is pretty cool to hear. I get to speak to kids on this level where I can say, ‘I grew up just like you’ and they can relate to my story. It’s such an amazing feeling.”

Eden Wilson, 25, made the national bobsleigh team in 2020 and has recently moved from brake woman to pilot. A Métis, biracial athlete, Wilson grew up in the suburbs of Calgary, but spent summers on her grandmother’s farm in the small town of Plumas, Manitoba, where she fell in love with horseback riding. It wasn’t until 2018 that Wilson turned her sights to bobsleigh. “I joined this sport later in my life and part of that is because I never thought I’d do sport at an Olympic level. I never saw someone who looked like me doing those kinds of things, so I didn’t feel as though there was a space for me to fit in,” said Wilson.

That all changed when she met Phylicia George, a Black track athlete who switched to bobsleigh and won an Olympic bronze medal in 2018. Seeing George’s strength and success helped Wilson visualize a similar path. “It was the first time I had seen someone who I could identify with doing such incredible things. She had gone from track to bobsleigh and showed me that was an option for me as a young athlete in Calgary,” Wilson explained.

Wilson has made huge strides since that meeting, entering the world of high-performance sport and steadily working towards the 2026 Olympic Games. Her ultimate goal is twofold: “For me, there’s definitely more of a driving force when it comes to creating a community and what I can do for the next generation of athletes, rather than being singularly focused on winning a medal,” said Wilson.

By going as far as she can on the world stage, she hopes to encourage underrepresented athletes to see themselves in those spaces. “It’s incredibly important to see somebody who looks like you or who you can identify with, doing great things. When you don’t see a seat at the table for yourself, you never end up going to that table. If myself or my fellow RBC Olympians can be that role model for somebody, then I think we’re doing a good job,” Wilson said.

She noted that RBC Training Ground’s events will give Indigenous athletes who are going to NAIG 2023 the opportunity to be tested and ranked against athletes from across the country. “It’s bringing the opportunity to them so that we can diversify the pool of RBC Training Ground athletes, now and in the future. Once these combines take place and the word gets out that this is something they can do, hopefully we’ll see more participation from Indigenous youth at the other combines and hopefully it spreads from there.”

Sport often creates further opportunities, including scholarships, mentorship, sponsorship and skills development, something that RBC Training Ground hopes to unlock for athletes of all backgrounds. The custom testing events build upon RBC’s sponsorship of NAIG 2023, where more than 5,000 Indigenous athletes, coaches and team staff from over 756 Indigenous Nations will gather in Halifax to celebrate sport and culture from July 15 to 23.