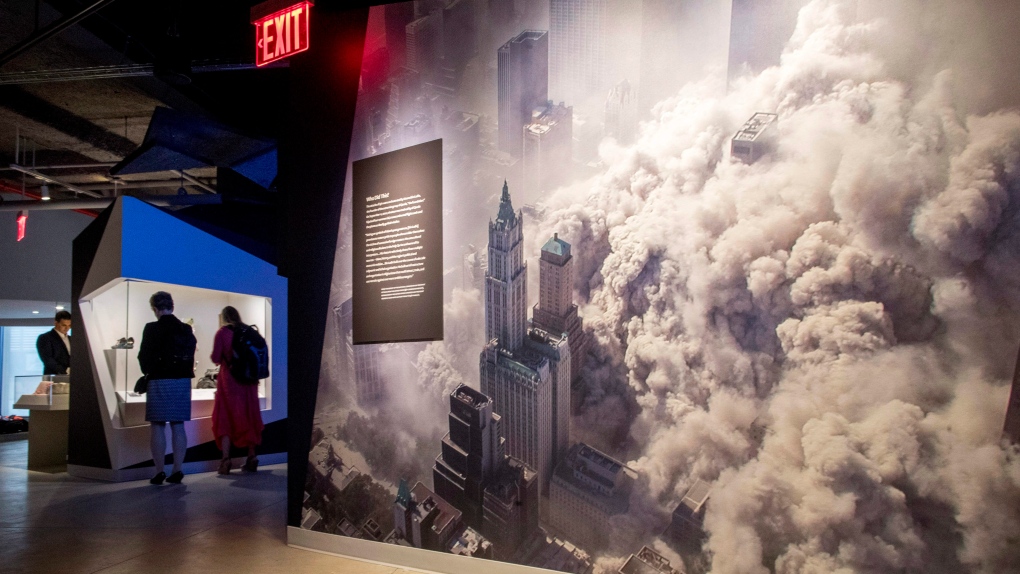 In this Thursday, June 8, 2017, photo, a giant photograph showing the cloud of debris that covered lower Manhattan after the collapse of one of the World Trade Center towers is on display next to visitors to a preview at the 9/11 Tribute Museum in New York. (AP Photo/Mary Altaffer)

New York's 9/11 Tribute Museum closed its physical location in Lower Manhattan Wednesday, less than a month before the 21st anniversary of the Sept. 11 terrorist attacks, citing financial losses during the pandemic.

"Financial hardship including lost revenue caused by the pandemic prevents us from generating sufficient funding to continue to operate the physical museum," Jennifer Adams, co-founder and CEO of the museum, said in a news release.

The museum opened in 2006 and provided information about 9/11 and the "unprecedented rescue and recovery operations and the rebuilding of both Lower Manhattan and of people's lives," according to their website.

But the museum's online presence will continue.

"For over a decade the Tribute Museum has shared educational resources for teachers and students online, reaching classrooms around the world with personal stories," the news release said. "The Association is proud to continue its mission with its focus now being on an online, interactive engagement with the 9/11 community."

The museum highlighted their online educational tool kit that "offers interactive video stories of people who were deeply affected by the attacks and reveal how they responded with humanitarian initiatives that strengthened their local and global communities. These stories encourage an understanding of the facts of this contemporary history and a focus on the extraordinary civic response."