Rabia Khokhar remembers all of the summers she spent as a teenager with her nose in books thanks to reading challenges from the Toronto Public Library.

Now, a resource teacher in the Greater Toronto Area, Khokhar sees those challenges as a way to help the next generation of children “think about their role in creating an inclusive world and community.”

Last week, she tweeted out an in-depth list of children’s books centered around Muslim voices and authors. The books touch on everything from cooking with parents, music, belief in oneself and adventure -- all in an effort to encourage parents and fellow educators to do their part in fighting Islamophobia and anti-Muslim sentiment in their own circles.

“I think if you can see yourself in an experience like family, friendship, teamwork or sports -- universal experiences -- I really believe that’s one of the ways that we can build bridges of understanding and really counter those negative stereotypes with children,” Khokhar told CTVNews.ca by phone Monday.

Some of the titles, written by Canadian and American authors, include “Salma The Syrian Chef,” “Barakah Beats,” “Agent Zaiba Investigates,” “Malika’s Surprise,” “Sadiq and the Fun Run,” “Fatima’s Great Outdoors,” “Like the Moon Loves The Sky,” and “The Proudest Blue.”

“I think every-day stories restore the dignity of people,” Khokhar said, explaining that doing something fun like a reading challenge is one of the best ways to not only help children realize how much power they have but get families to empathize with marginalized communities.

She recently spent around a month putting it together but said she’d been thinking of the idea for a while.

“Our voices have always been here but there's always been structures that have prevented our voices from being heard or even being excluded,” Khokhar said, adding she never saw herself reflected in the reading materials growing up in the Canadian school system.

So throughout her career in education, she’s endeavored to make curriculums more inclusive.

Khokhar is no stranger to work tackling weighty subjects, her past work in the schools led to winning Elementary Teachers’ Federation of Ontario’s 2020-2021 Anti-Racist and Equity Activism Award.

“[Books] have always been a way for me to center voices of people who are experiencing racism, discrimination and religious oppression,” she said, but noted there’s a caveat in her reading list: anti-Muslim oppression is not the main theme in her list.

Taking an idea from critically-acclaimed Nigerian author Chimamanda Ngozi Adichie, Khokhar wants to go beyond “single-stories” narratives, which only showcase one aspect of a marginalized groups lives, i.e. oppression, pain or anti-Black racism. 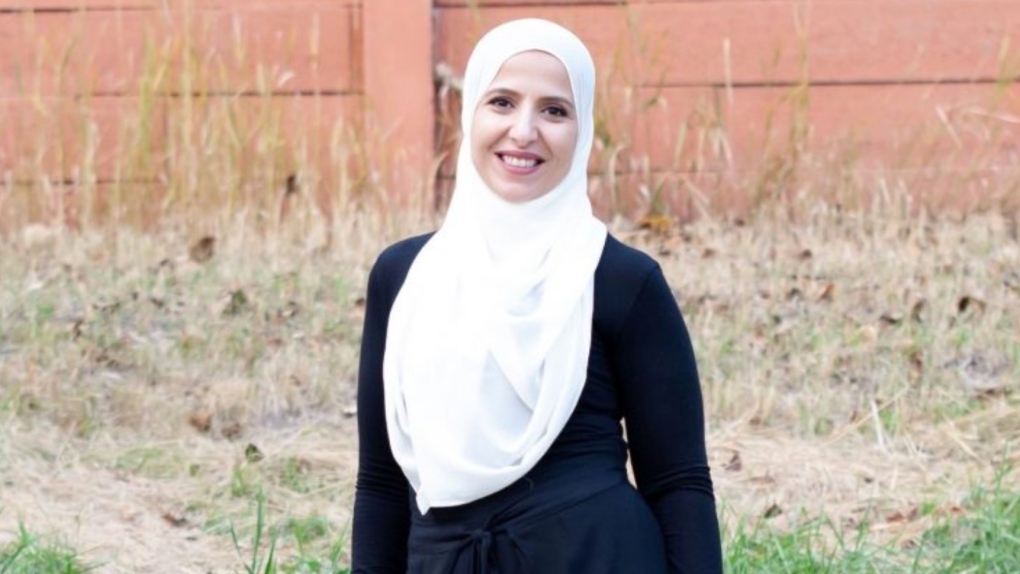 One of those people is Muna Saleh, an assistant professor of education at Concordia University in Edmonton, who said she was “so heartened by the list.”

“I was really impressed, Mashallah [meaning ‘good job’ in Arabic], with her ability to bring forward so many different authors and experiences and intersectionality,” Saleh told CTVNews.ca in a phone interview. “Too often people view Muslims as just a monolith. And that's not true.”

As a Palestinian mother and visible Muslim herself, Saleh was proud so many different cultures and Muslim communities were highlighted in Khokhar’s list. She said Muslim children, especially now, “need to feel like they're that they're valid, that they belong, especially in classrooms.”

But Saleh, who has a Ph. D. in school curriculum studies, said not having Muslim of voices as part of every-day education is “also devastating, in all honesty, for non-Muslim children and families.”

“Everybody needs to be made aware of the different ways of being Muslim, who are neighbours are, and just the need to take care of each other.”

Khokhar said her list is simply one small but important step for parents and educators when it comes to the ongoing, daily work of equity and inclusion.

“We can't have a Muslim kid only being highlighted during Islamic Heritage Month or Black students only having their their identity represented during Black History Month,” she said. “This is how we start but they can’t be where we end up.”

The Ontario government is set to announce plans to stabilize the health-care system Thursday as hospitals across the province grapple with ongoing staffing shortages.

New Zealand police have launched a homicide investigation after the remains of two children were found in suitcases bought by a family at an online auction, police said Thursday.

As a potential power broker, Turkish President Recep Tayyip Erdogan will use his first visit to Ukraine since the war started nearly six months ago to seek ways to expand the export of grain from Europe's breadbasket to the world's needy. UN Secretary-General Antonio Guterres will use his visit to focus on containing the volatile situation at a Russian-occupied nuclear power plant.

The Japanese government has been hit in the pocket by an unusual problem -- its young people aren't drinking enough.

A discovery by a team of B.C. researchers may lead to improved COVID-19 treatment options that are effective against several variants of the disease.

80 years after Dieppe, postcards share stories of soldiers who died in deadly raid

A postcard campaign is highlighting the lives of soldiers who were killed during the Dieppe Raid ahead of the disastrous operation's 80th anniversary.