'It's not just about the stuff': How to get organized at the start of a new decade 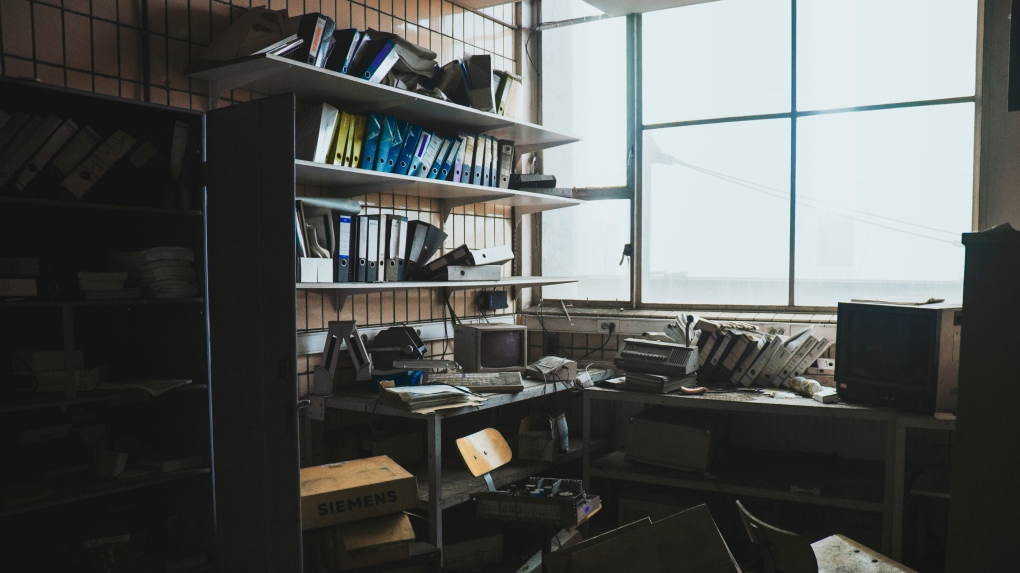 TORONTO -- As January rolls around, many of us will be facing the daunting task of trying to get organized not just for a new year, but for the start of an entirely new decade.

To help you start off on the right foot, CTVNews.ca talked to Dennise Conforti, president of the Professional Organizers in Canada, to get some tips on how to become more organized.

While your goal might be to reorganize your entire home, Conforti said it’s best to start small.

“Start with a drawer, see how you feel after cleaning out one drawer,” she said. “If you have the energy and you feel good, move on to something a little bit bigger and work your way through.”

In a multi-level home, she recommends starting on the top floor and working your way down. If you live on one level, she said her instinct is to “start with the furthest room from the front of the door.”

But sometimes people need to start “with whatever’s bugging them the most,” she said.

This is often a room or basement that has turned into a catch-all “storage” room over the years -- the kind of room you can’t walk through without tripping over piles of detritus and boxes of forgotten magazines.

She recommends starting with one category and then moving through the others. But this isn’t always as straightforward for some. She said people often get stuck at some point while categorizing their clutter.

There’s no one answer to the clutter question, Conforti said, but there have been numerous trends attempting to address it. For instance, those who preach minimalism believe that we should have very few possessions, and only buy what we need to live and function.

One of the most popular organization trends this year came from tidying up guru Marie Kondo, who visited families in a new Netflix show and helped them work through their mess.

Her method of working through clutter is to only keep things that “spark joy” in the owner.

The philosophy isn’t about hoarding every single baseball card you’ve saved since you were 10 years old -- a spoon can “spark joy” because it is useful, Kondo believes. The concept is that by thinking more deeply about how we connect to our possessions and how they have a role in our lives, we may be able to let go of guilt or anxiety about giving away or throwing out things.

Conforti said that different methods work for different people, and that the KonMari method is not the only way to organize.

“Each generation kind of has somebody (who) pops out within the industry and kind of comes up with their own method of organizing. But there’s no one-size-fits-all.”

Something you’ve been holding onto to give to a future child could probably be labelled and packed away for safe keeping until the time comes, whereas things used on a day-to-day basis need to be within arms’ reach.

PLAN BEFORE YOU BUY

One mistake people often make, she said, is purchasing items intended to help with organizing — shelves, boxes, sets of mini drawers and containers — before they make a plan for them.

“You can't just go out and buy product and say, ‘OK, I'm going to get organized,’ ‘cause you really got to know what you have in order to know if you're really going to need to go out and buy [containers] at all,” she said.

“We don't necessarily get rid of anything. Sometimes it could just be rearranging what you currently have to better fit the space.”

Buying organizing shelves, boxes or containers may be a good idea if you’ve looked at what you have, and you know how you would use the containers, but Conforti said that without that plan, people can sometimes just end up adding to their clutter with more boxes.

WHY IS ORGANIZING SO HARD?

Conforti said one of the reasons that some people hire professional organizers is that living in the “modern world” is complicated.

“I do think that our ever busy schedules make it really hard for some people to just really sit down and work out certain routines or work out some systems that are going to make life easier for them,” she said. “A lot of people struggle with it.”

It’s very common for busy, working adults to put off organization projects because of the pace of their lives, she said.

Organization is sometimes thought of as an innate trait, something that a person just has an affinity for. But even those who see it as a natural trait often also see it as a basic skill, something so simple that a person who struggles with it could just get better if they tried a little harder.

Neither of those is the full truth, according to Conforti.

Organizing is a complicated skill that can and should be taught, she said. Some people may bring a natural talent to it, but there are still new things to learn.

She added that she’s observed that schools are starting to emphasize organization from an earlier age, and she believes it is important to cement those habits.

“When people go into homes now, you know, when you're working (with) families, you're starting to see some of (those skills) in the younger kids that they have.”

Others have additional hurdles to climb over on the path to getting organized. Conforti said that physical disability and mental illness can contribute to a person having a hard time getting organized and staying so. A person with depression may struggle with motivation, or a person with ADHD could have trouble staying on track.

Conforti said that as a professional organizer, she works with a person’s strengths and limitations in order to “personalize the system” to them.

Although it’s easy to keep putting off cleaning out that disorganized back room, Conforti emphasized that people see important benefits in all areas of their lives when they start attempting to get organized, no matter how small that first step is.

“It's sort of like a ripple effect,” she said. “It affects so many different aspects of your life, your relationships, your work to your mental health, your physical health. It touches so many things. It's not just about the stuff.”