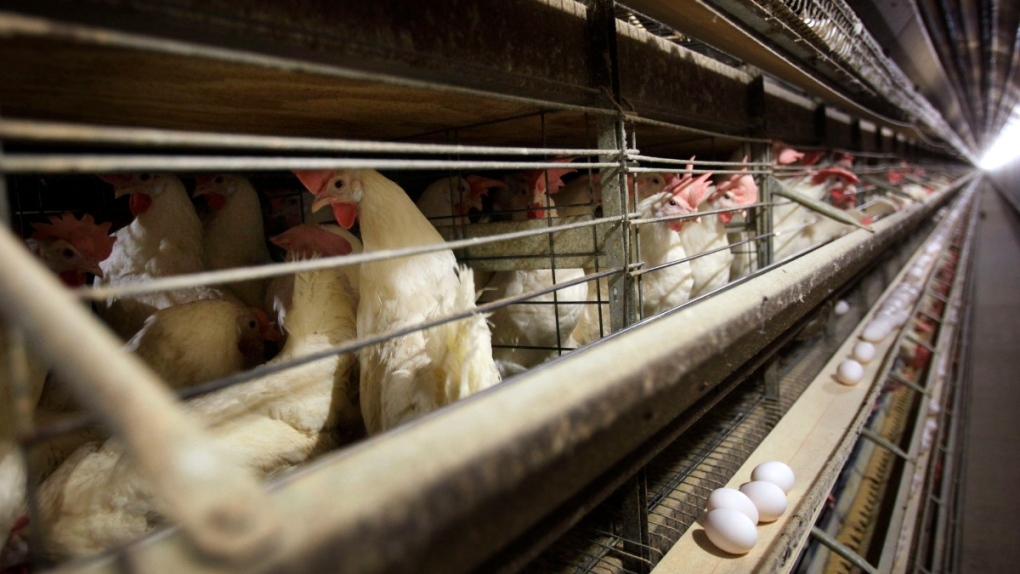 Nearly 7 million chickens and turkeys in 13 U.S. states have been killed this year due to avian influenza, prompting officials and farmers to acknowledge that, despite their best efforts, stopping the disease from infecting poultry is incredibly difficult.

Spread of the disease is largely blamed on the droppings of wild birds, such as ducks and geese, which often show no signs of illness. But studies suggest the virus can be tracked into secure chicken and turkey barns on equipment, workers, mice, small birds, and even dust particles.

Infected wild birds have been found in at least 21 states, and the virus has been circulating in migrating waterfowl in Europe and Asia for nearly a year.

State and federal officials remain hopeful that the disease won't spread as extensively as during an outbreak in 2015 that resulted in the deaths of about 50 millions chickens and turkeys, causing egg and meat prices to soar. Bird flu hit more than 200 farms in 15 states, costing the federal government about US$1 billion and the poultry industry an estimated $3 billion.

Still, without certainty about how to stop the disease this time, officials can't be sure it will peter out on its own. Food prices already are elevated due to inflation and supply chain problems, and if the bird flu outbreak expands to enough farms, chicken, turkey and egg prices could surge even higher.

"We're not seeing a massive outbreak on a large scale, so I think it's too soon to be concerned about food impact or pricing impact at this point, but you have to acknowledge that can be an issue over time," Iowa Secretary of Agriculture Mike Naig said.

This year, the first case was found in a commercial facility in Indiana in February. Since then, 6.6 million egg-laying and broiler chickens and 341,000 turkeys have been culled, typically buried in trenches on site.

The United States Department of Agriculture says the virus doesn't present a food quality issue since birds on infected farms must be culled and do not enter the food processing system. Still, the proper handling and cooking of all poultry and eggs to an internal temperature of 165 F is recommended as a general food safety precaution.

Even though scientists feel confident that wild birds are spreading the disease, they remain unsure how the virus enters highly secure barns, which are typically equipped with modern ventilation systems and have strict protocols for people entering the buildings.

Asked about Iowa's first case in a commercial turkey flock, Iowa State Veterinarian Dr. Jeff Kaisand noted, "We don't know exactly how it got in."

It's an especially big question in Iowa, the leading egg-producing state with 49 million chickens. Last Friday, Iowa saw its first case this year in a commercial egg-laying operation, leading to the killing of about 919,000 hens.

On Monday, the disease was confirmed at an egg-layer farm in Wisconsin with 3 million hens.

The USDA said in a 2017 report that studies of the 2015 outbreak were inconclusive but that spread between facilities occurred mostly on shared equipment, clothing or boots of employees, and on vehicles used for feed distribution and other purposes.

The disease can also be spread by small birds that squeeze into buildings, or tracked inside by mice.

"Even when you look at the final epidemiological analyses from 2015, there was no one source of introduction. They were unable to make a conclusion," said Dr. Yuko Sato, a veterinarian and an associate professor at Iowa State University in veterinary diagnostic and production animal medicine. "I would say each introduction is probably going to be independent. It's not just one weak link."

Minnesota turkey farmer Greg Langmo, who lost 90,000 turkeys in 2015, is thankful his state, the nation's leading turkey grower, has been spared so far. He said farmers are following biosecurity protocols, going so far as to keep starling and barn swallow nests away from their barns.

"We're very hopeful that some of the new strategies that we're employing are going to be enough to stave it off," he said. "We're doing the best we can and we're going to play the cards we have."

Studies in the U.S. and France since 2015 suggest the virus can be carried wind-borne dust particles. This has led to new protocols to mitigate airborne transmission during outbreaks, including killing infected birds within 24 hours, increased testing and extra precautions within a six-mile (10-kilometre) radius of infected facilities.

"The birds that do carry the virus typically are wild waterfowl -- your ducks, your geese, your wigeons -- so there's no way those birds can get into the barns. It will be something else that's bringing it in. But just knowing the outside's not safe, that's the only inference that we can make," Sato said.

The U.S. Centers for Disease Control and Prevention said the recent bird flu infections in flocks do not present an immediate public health concern. No human cases of these avian influenza viruses have been detected in the United States. While it can be transmitted to humans, it is unusual and typically due to close contact with infected birds.

China said Monday it was extending threatening military exercises surrounding Taiwan that have disrupted shipping and air traffic and substantially raised concerns about the potential for conflict in a region crucial to global trade.

A fragile ceasefire deal to end nearly three days of fighting between Israel and Palestinian militants in Gaza held into Monday morning -- a sign the latest round of violence may have abated.

Hope for 'significant change' in all of sports following Hockey Canada board chair's resignation: lawyer

The recent resignation of Hockey Canada's board chair could be a sign of further departures to come, says Simona Jellinek, a sexual abuse and assault lawyer.

Heat warnings still in place for several provinces across the country

Environment Canada has extended heat warnings in a number of provinces, as unseasonably hot conditions continue across the country.