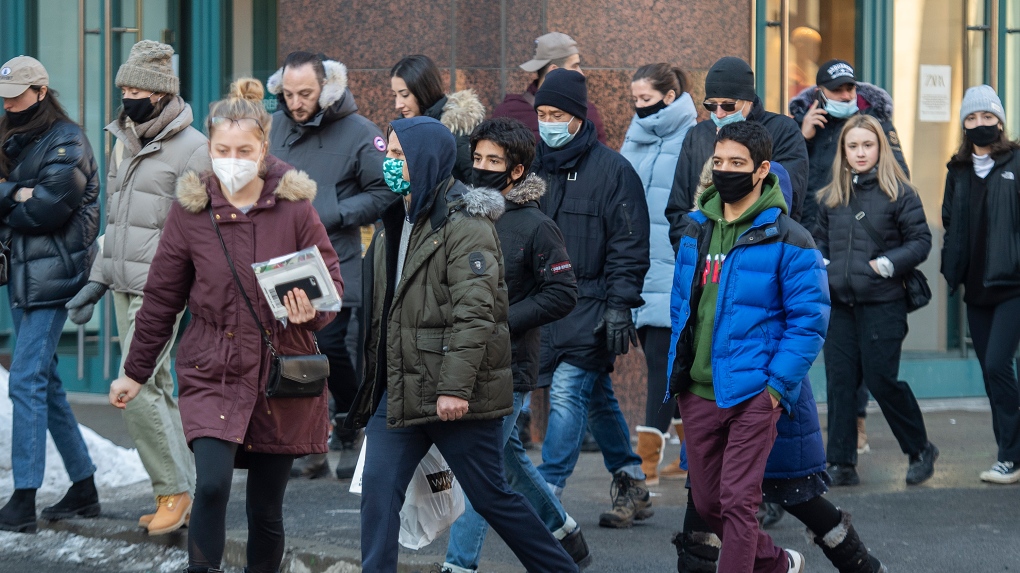 People wear face masks as they cross a street in Montreal, Sunday, Feb. 14, 2021, as the COVID-19 pandemic continues in Canada and around the world. THE CANADIAN PRESS/Graham Hughes

LONDON -- Reported daily coronavirus infections have been falling across the world for a month and on Tuesday hit their lowest since mid-October, Reuters figures show, but health experts warned against apathy even as vaccines are being rolled out worldwide.

Falls in infections and deaths coincide with lockdowns and severe curbs on gatherings and movement as governments weigh the need to stop successive waves of the pandemic with the need to get people back to work and children back to school.

But optimism over a way out of the crisis has been tempered by new variants of the virus, raising fears about the efficacy of vaccines.

"Now is not the time to let your guard down," Maria Van Kerkhove, the World Health Organization's technical lead on COVID-19, told a briefing in Geneva.

"...We cannot let ourselves get into a situation where we have cases rise again.”

COVID-19 has hit some countries far harder than others, though differences in the way infections are counted locally make it impossible to make a perfect apples-to-apples comparison.

COVID-19 infections are decreasing in the United States, with 77,883 new infections reported on average each day. That’s 31 per cent of the peak — the highest daily average reported on Jan. 8.

There have been 27,902,387 infections and 490,795 coronavirus-related deaths reported in the United States since the pandemic began, the highest figures in the world.

So far, 85 countries have begun vaccinating people for the coronavirus and have administered at least 187,892,000 doses, according to the Reuters figures.

Gibraltar, a British Overseas Territory located on Spain's southern tip, leads the world and has administered enough vaccine doses for 40 per cent of its population, assuming every person needs two doses.