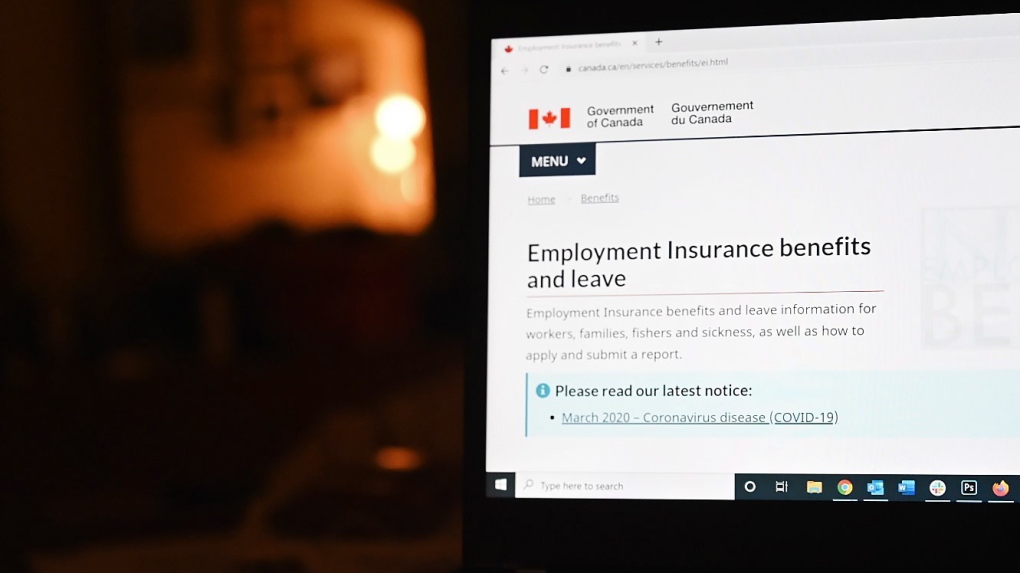 OTTAWA -- Kelly Ernst recalls standing on sidewalks, waving to needy families in Calgary's northeast as they opened their doors to pick up food hampers.

Ernst, vice-president for vulnerable populations at Calgary's Centre for Newcomers, said the memory speaks to how COVID-19 hurt the community, socially and economically.

Ernst said the Skyview Ranch neighbourhood is one of the most diverse in the country, with a high proportion of visible minorities and newcomers. Residents are often employed in precarious retail jobs or in warehouses, Ernst said. Others work at the city's airport or in the municipal transit system, both of which were also affected by the pandemic.

"Some of the first people to be laid off during the downturn were people in these precarious jobs," Ernst said, adding many were left looking for "some way to get through this whole thing."

Almost seven in every 10 residents over age 15 in Skyview Ranch, received the Canada Emergency Response Benefit in the initial month that the pandemic aid was available, one of the highest concentrations among over 1,600 neighbourhoods The Canadian Press analyzed.

Federal data, obtained through the Access to Information Act, provides the most detailed picture yet of where billions of dollars in emergency aid went last year.

The data is broken down by the first three characters of postal codes, known as "forward sortation areas," to determine the number of active recipients at any time anywhere in the country.

The Canadian Press used population counts from the 2016 census to calculate what percentage of the population over age 15 in each forward sortation area received the CERB in any four-week pay period.

Some forward sortation areas in the data from Employment and Social Development Canada were created after the 2016 census and weren't included in the analysis.

Over its lifespan between late March and October of last year, the CERB paid out nearly $82 billion to 8.9 million people whose incomes crashed because they saw their hours slashed or lost their jobs entirely.

Some three million people lost their jobs in March and April as non-essential businesses were ordered closed, and 2.5 million more worked less than half their usual hours.

The data from Employment and Social Development Canada show that 6.5 million people received the $500-a-week CERB during the first four weeks it was available, or more than one in five Canadians over age 15.

What emerges from that initial wave is a largely rural-urban split, with higher proportions of populations relying on the CERB in cities compared to rural parts of the country.

Neighbourhoods in Brampton, Ont., on Toronto's northwest edge, had the largest volume of CERB recipients with postal-code areas averaging over 15,160 recipients per four-week pay period.

CERB usage also appears higher in urban areas that had higher COVID-19 case counts, which was and remains the case in Calgary's northeast.

"As cities relied more on accommodations, tourism and food as drivers of economic growth, the more they would have been sideswiped by the pandemic, and larger centres have a higher concentration of jobs in these areas," said David Macdonald, senior economist at the Canadian Centre for Policy Alternatives, who has studied the CERB.

"More rural areas of the country and certain cities that have a higher reliance on, say, natural resources wouldn't have been hit as hard."

In Skyview Ranch, census data says 12 per cent lived below the poverty line in 2016, and about three in 10 owners and four in 10 renters faced a housing affordability crunch, meaning they spent 30 per cent or more of their incomes on shelter.

Many live in multi-generational households, which the local city councillor said caused additional concerns about students and working adults spreading the virus to grandparents.

"These are real worries and challenges that members of my community have been facing throughout a pandemic," said Coun. George Chahal.

"The CERB program and the additional support to small businesses was a huge relief for the fear with many folks in my ward."

The CERB program paid out $500 per week for people whose incomes had fallen to nothing as a result of the pandemic. The federal Liberals amended the program in April to set a monthly income threshold of $1,000.

At the outset, there were 6,520 residents of Skyview Ranch on the CERB, about 69.4 per cent of the population 15 and up.

Then things improved. Businesses reopened and workers were rehired. The decline in the program's use in Calgary's northeast mirrored a nationwide drop in recipients overall, even though there were local increases here and there.

In all, there were 4.4 million recipients in the CERB's second month, the biggest month-to-month change, 3.7 million in the third, and a steady decline to almost 2.3 million recipients by the time the CERB was replaced by a trio of new recovery benefits and a revamped and restarted employment-insurance system.

Over the lifetime of the CERB, the Ontario town of East Gwillimbury had the highest average number of residents accessing the program, at 24 per cent. The town with the lowest percentage was Winkler, Man., at 3.83 per cent.

In Skyview Ranch, the number of recipients in the last month of the CERB stood at 2,440, or about one-quarter of those over age 15.

There is still hardship in Skyview Ranch. The area has seen a spike in COVID-19 cases and incomes have dropped again as restrictions rolled in through December, part of a wider drop in the national labour market.

Chahal said there still is a need in the area for government aid like the federal recovery benefits.

"Maybe not for everybody," he said, "but there are going to be a lot of folks who are going to be in need of assistance in the upcoming months as we move from this stage of the pandemic (and) into economic recovery."

--With files from Lucas Timmons and Meredith Omstead