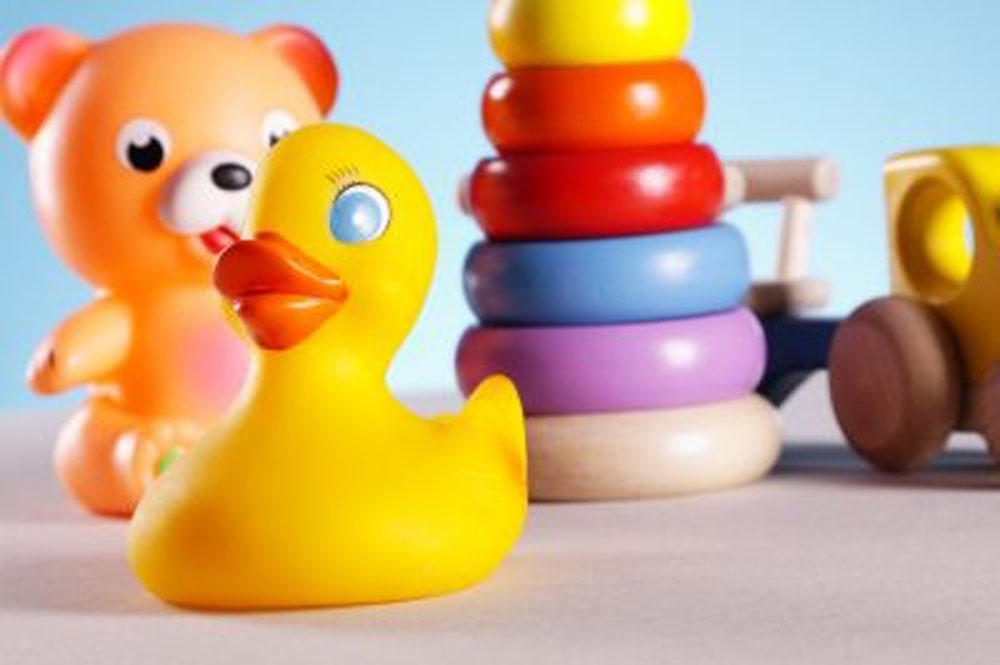 Scientists say that toys can harbor cold germs for weeks or even months. (shutterstock.com / ©FikMik)

Prior research has already concluded that two common bacteria that cause colds, ear infections, and strep throat don't often live for long outside the human body, but a new study finds that they can linger a lot longer than previously thought. Your best defense? Well-scrubbed hands.

University of Buffalo researchers in New York published a study December 27 in the journal Infection and Immunity that found that Streptococcus pneumoniae and Streptococcus pyogenes can live on surfaces such as toys, books, and cribs for weeks or even months.

"These findings should make us more cautious about bacteria in the environment since they change our ideas about how these particular bacteria are spread," says senior author Dr. Anders Hakansson. "This is the first paper to directly investigate that these bacteria can survive well on various surfaces, including hands, and potentially spread between individuals."

The researchers found that in a daycare center, four out of five stuffed toys tested positive for S. pneumonaie and several surfaces, such as cribs, tested positive for S. pyogenes, even after being cleaned. The testing was done just prior to the center opening in the morning so it had been many hours since the last human contact, the researchers said.

Hakansson and his co-authors became interested in the possibility that some bacteria might persist on surfaces when they published work last year showing that bacteria form biofilms when colonizing human tissues. They found that these sophisticated, highly structured biofilm communities are hardier than other forms of bacteria.

"Bacterial colonization doesn't, by itself, cause infection but it's a necessary first step if an infection is going to become established in a human host," Hakansson says. "Children, the elderly and others with compromised immune systems are especially vulnerable to these infections."

"In all of these cases, we found that these pathogens can survive for long periods outside a human host," says Hakansson. But, he says, the scientific literature maintains that you can only become infected by breathing in infected droplets expelled through coughing or sneezing by infected individuals.

"Commonly handled objects that are contaminated with these biofilm bacteria could act as reservoirs of bacteria for hours, weeks or months, spreading potential infections to individuals who come in contact with them," concludes Hakansson.

Still, ways to protect yourself and your children from getting sick is to practice good hand hygiene. Use warm water and soap and lather up for at least 20 seconds, advises the US Centers for Disease Control and Prevention. Wash your hands frequently, especially after touching germy hotspots, such as shared toys, door handles, and faucets, and avoid touching your face as much as possible -- no rubbing your eyes or biting your nails either -- to avoid giving germs direct access to your body.

Still, you can't fend off all germs, so stay well hydrated, get adequate sleep, and reduce stress to help your immune system do its job.